Megachurch Pastor: Islam is ‘Inspired by Satan Himself’ 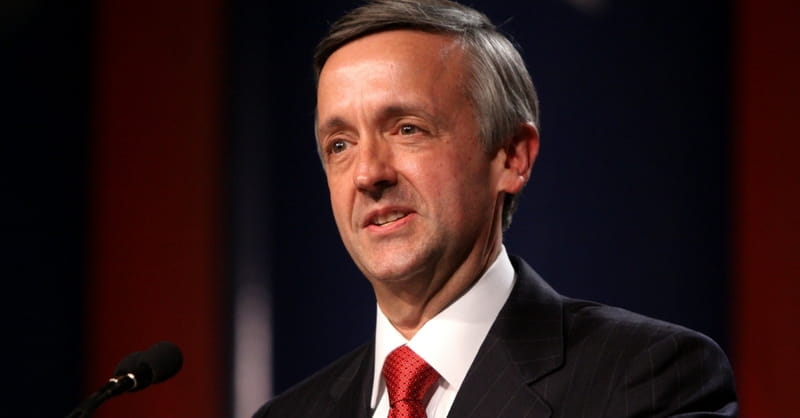 Megachurch Pastor: Islam is ‘Inspired by Satan Himself’

Megachurch pastor Robert Jeffress responded with stirring words to the Paris terrorist attacks in his sermon at First Baptist Dallas on Sunday.

Jeffress first acknowledged the horrible tragedy that had taken place and encouraged all Christians to pray for the victims, but went on to say that the enemy of radical Islam must be acknowledged and fought against by our government.

“I believe that it is time for us to lay aside political correctness and identify the belief system that is responsible for these horrific acts,” Jeffress said. “And that is the evil, evil religion of radical Islam.

Jeffress said that Christians are called to love and pray for our enemies, but government is put in place by God for another purpose--to execute justice and protect its citizens.

Jeffress also stated that nowhere in the New Testament does God command us to kill our enemies, but the Quran commands destruction of the infidels 35 times. Jeffress also reminded his audience that Jesus is known as the “Prince of Peace” and killed no one, while Muhammad, the founder of Islam was a “Prince of war,” who killed thousands.

“Make no mistake about it — Islam is just not another way to approach God,” Jeffress continued. “Islam is a false religion and it is inspired by Satan himself who Jesus said came to steal, kill and destroy, and this weekend we saw the fruit of Satan’s destruction in the acts of these terrorists.”