Liverpool Soccer Player Shares Touching Video of Himself Being Baptized 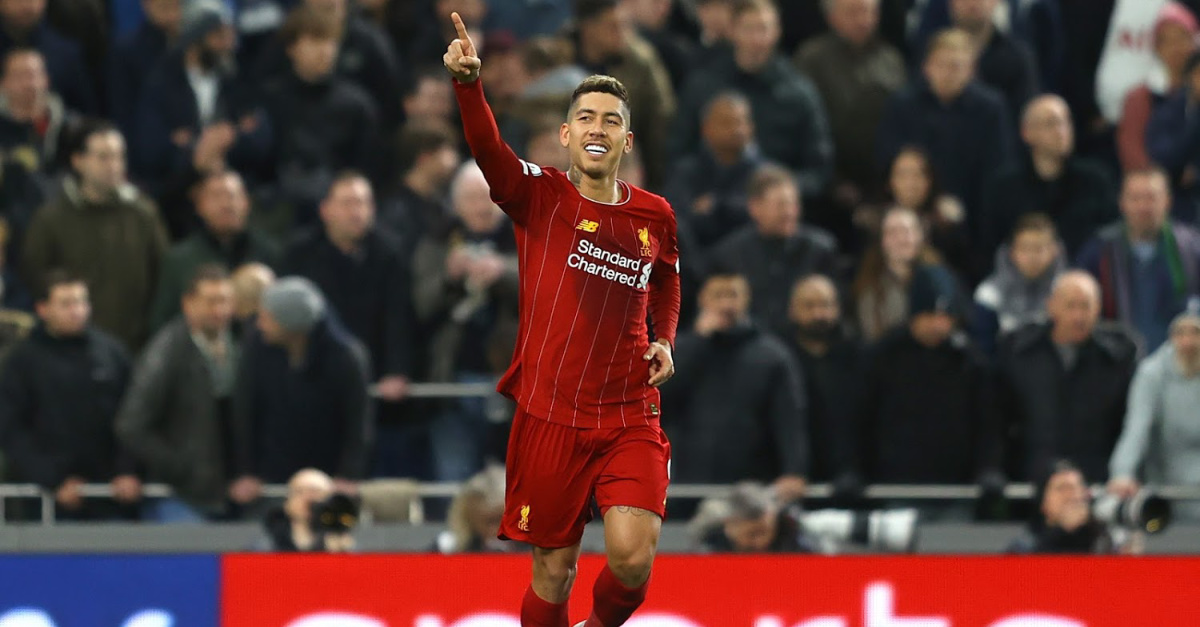 Liverpool Soccer Player Shares Touching Video of Himself Being Baptized

Brazilian soccer player Roberto Firmino recently shared a touching video of himself being baptized to his Instagram page – the video has been viewed more than three million times.

Firmino – who now plays soccer for Liverpool – shared the video with his 12.4 million Instagram followers on Wednesday, noting in the caption that he was giving all of his failures and victories to the Lord.

He wrote in Portuguese, “I gave you my failures and my victories. My greatest title is Your love Jesus! Therefore, if anyone is in Christ, he is a new creation. The old things have passed away; behold, new things have come!” 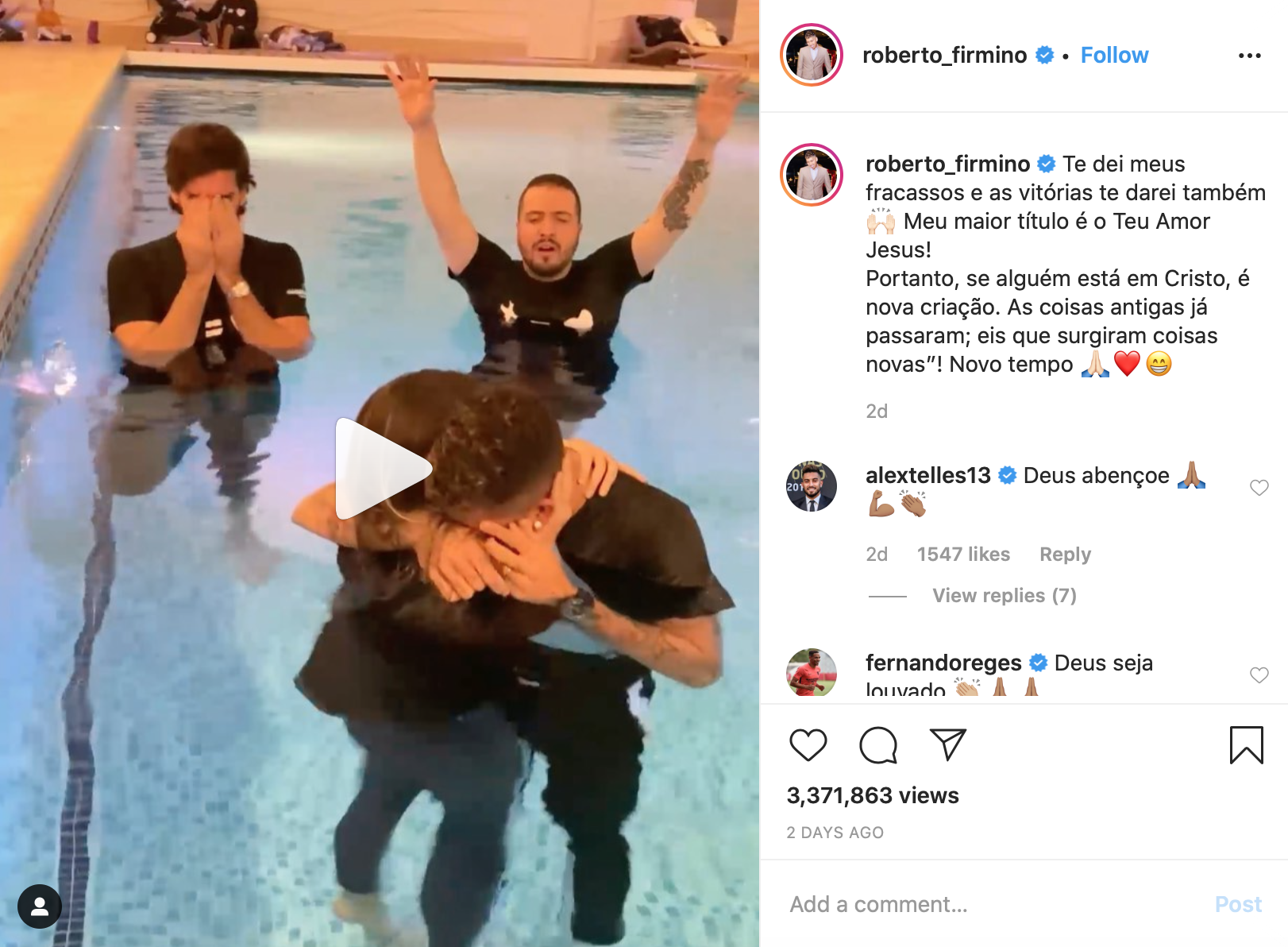 The video starts out featuring a woman singing Lauren Daigle’s award-winning song “You Say” in Portuguese. The camera then pans the room before landing on Firmino who is standing in a pool clad in a black t-shirt that says “Jesus equals love” in symbols.

Firmino shares a few brief words with the dozens of people gathered around to witness the occasions before he his dunked under the water.

According to Faithwire, he was then welcomed into his wife’s loving arms as tears of joy streamed down her face.

Also attending the baptism was fellow Brazilian Liverpool soccer player Alisson Becker. Becker posted a carousel of photos from the event to his Instagram page Thursday, praising Jesus in the caption. He wrote in Portuguese, “What God has done for us on the night of 14/01/2020 we will never forget!! I am still speechless to describe the love of Jesus! Very happy to have participated in a moment like this, the baptism of people I love so much! Thank you so much, Jesus, I love you!!!” 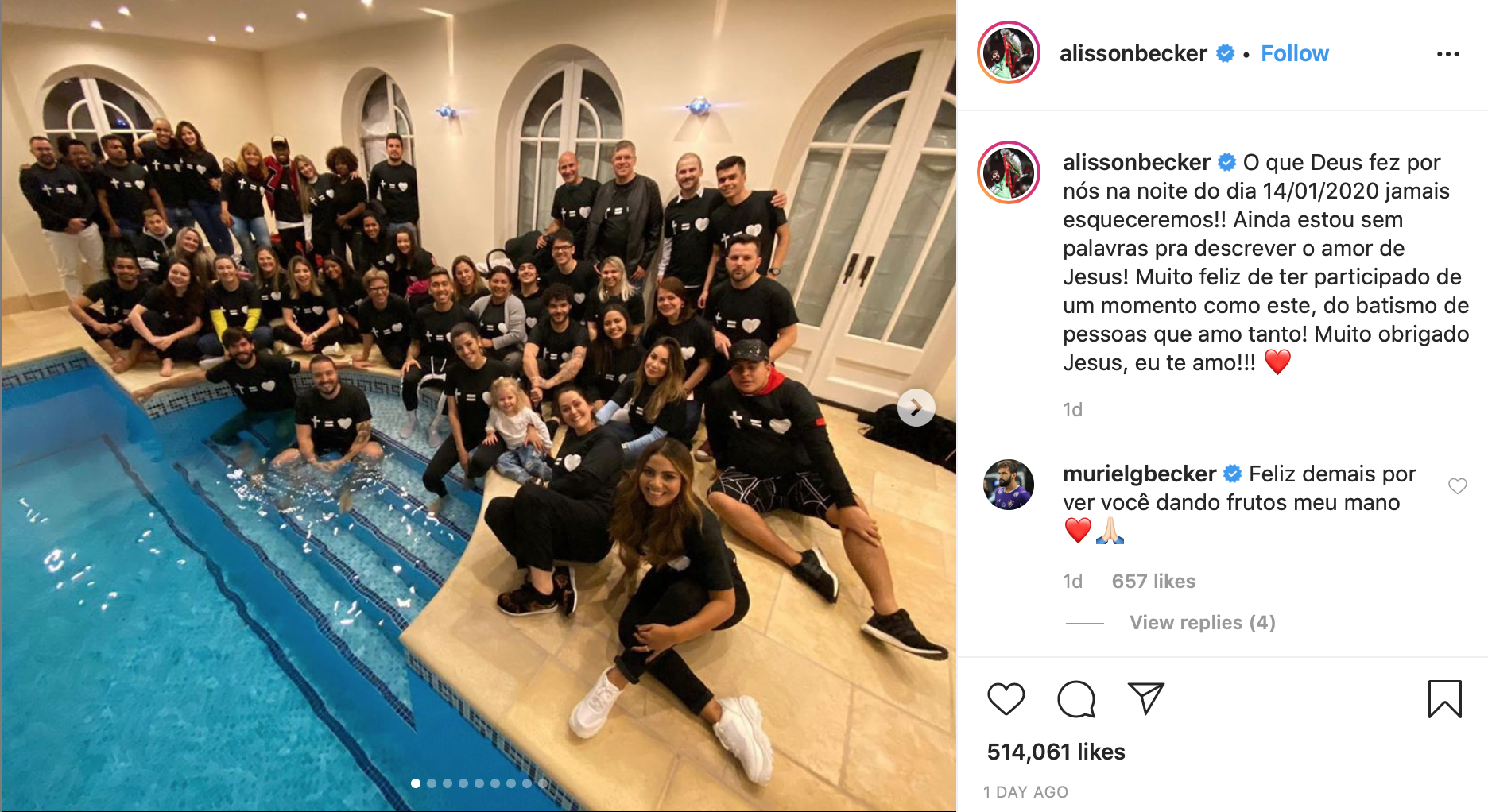 The photos have gardened over half a million likes.