Lightning Kills 15 Worshippers in Rwanda, as Government Cracks Down on Unsafe Churches 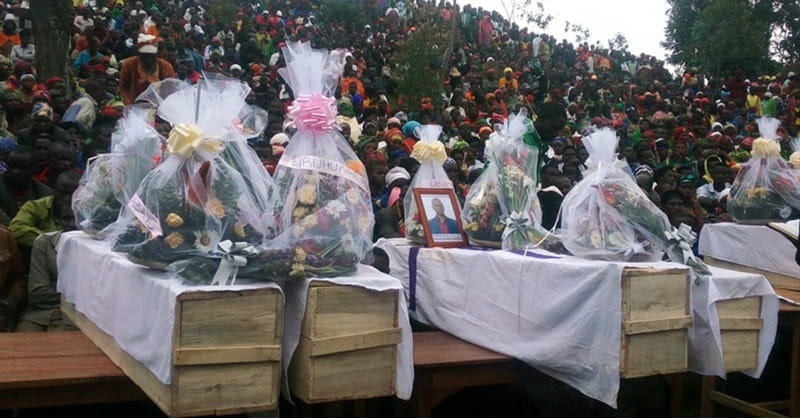 Lightning Kills 15 Worshippers in Rwanda, as Government Cracks Down on Unsafe Churches

As the Rwandan government continues to shut down houses of worship it deems unsafe and dissenters charge it with trampling on religious rights, lightning struck and killed 15 worshippers in the country’s south.

The strike Saturday (March 10), which also injured 140 parishioners, was further proof to those who support the closures that they are necessary to protect people from structures that pose lethal risks.

“This is a tragic but apt rejoinder to those who have been complaining about the authorities’ closure of places of worship that do not meet the minimum safety, security and health requirements imposed on places where large numbers of the public are expected to congregate,” wrote Rwandan Mwene Kalinda in a letter to The New Times, a government-owned English-language daily.

The government last month closed more than 700 churches in Kigali — plus hundreds of churches and mosques outside the capital — citing failures to comply with building codes. Many of the closed churches have been Pentecostal, a fast-growing denomination in the predominantly Christian nation.

The closures were also accompanied by the arrest of six pastors who were charged with planning a rally against the closures in Rwanda, where the administration of President Paul Kagame has drawn harsh criticism from human rights advocates for its treatment of dissenters.

David Himbara, a Rwandan international development advocate based in Canada, and others familiar with the country’s politics say Kagame has targeted churches because they “offered a slight space for daring to imagine and talk about change.”

The Gihemvu Seventh-day Adventist Church, which closed after Saturday’s incident, is in a mountainous region near the country’s border with Burundi, an area prone to lightning strikes. Although there has been no official confirmation, there are reports that the church did not have a lightning rod. The previous day a student died in a lightning strike in the area.

Emmanuel Rumeresha, a church elder, said church leaders had warned the congregation against using mobile phones in the building due to the lightning threat.

He said the congregation had just welcomed the preacher onto the pulpit when it started raining.

“Suddenly, there was a big bang, I saw a ‘thunderbolt’ strike the worshippers. We all fell down for a minute,” Rumeresha told The New Times.

The Rev. Ted N.C. Wilson, president of the General Conference of the Seventh-day Adventist Church, mourned the dead. “Our hearts go out to our dear church members in Rwanda who have suffered this very difficult loss. What a tragedy to have such a strange occurrence of lightning striking during a church service,” Wilson posted on Facebook.

Photo: Caskets of those who died from a lightning strike at the Gihemvu Seventh-day Adventist Church in Nyaruguru district, Rwanda.