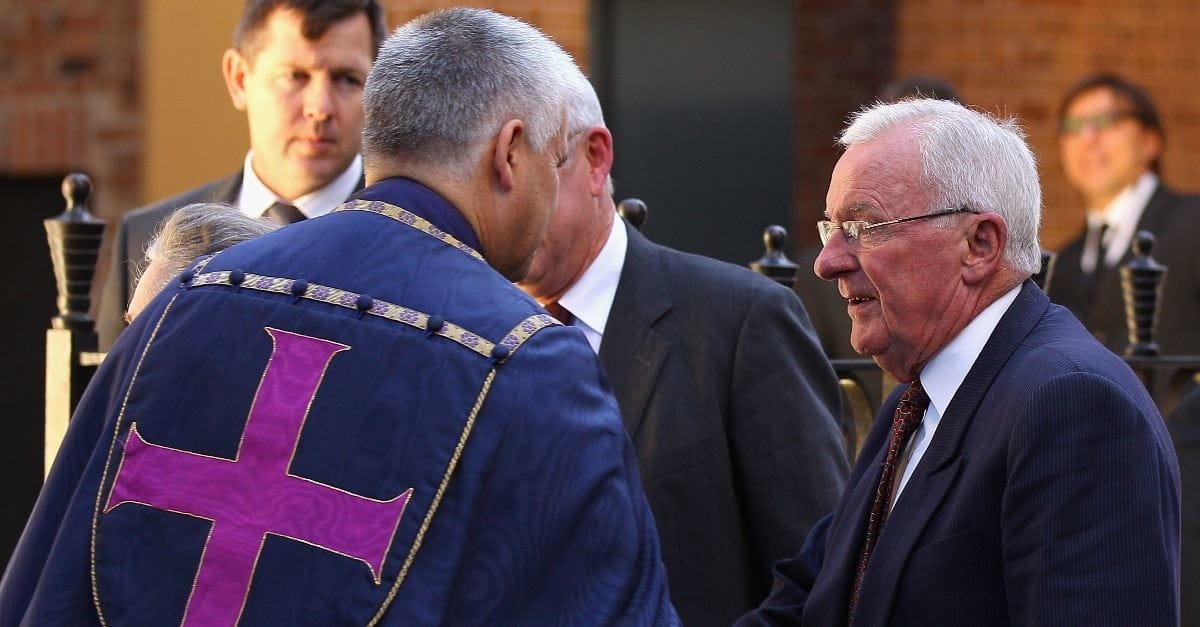 Famed Australian Atheist Bill Hayden recently dedicated his life to Jesus and was baptized in the Catholic Church.

Hayden, 85, is Australia’s former Governor-General and was a renowned atheist for all of his life. Typically, as Governor-General, one would also be appointed the Chief Scout of Australia. Hayden declined this office in 1989, declaring that he was an atheist and the Scout Promise, which says, “do my best to do my duty to my God,” was in direct conflict with his beliefs.

Now at 85 years old, this has all changed for the former politician.

In 2014, Hayden was sent to the hospital after having a stroke, and according to The Christian Post, it was this event that ultimately convinced him that God did exist. Hayden said the stroke made it evident that there is “more to life than just me.” He continued, “I had to make a dedication of myself for the good of others, before God. I felt that strongly.”

So, after years of denying God’s existence, Hayden renounced his atheism and joined the Catholic Church. Hayden said witnessing several selfless acts of compassion by Christians over his lifetime coupled with his stroke inspired his decision to come to Christ.

According to The Catholic Leader, Hayden was baptized at St. Mary’s Church near Brisbane, on Sept. 9. He said at the time, “This took too long, and now I am going to be devoted. From this day forward, I’m going to vouch for God.”

According to The Australian, Hayden said he “always regarded” himself as a “fellow traveler with Catholicism,” going as far as declaring he was Catholic on official forms, but he never made a public commitment to Christianity.

“I would go to Mass every Sunday and then go to benediction when I was a teenager,” he said. “I didn’t know that I wasn’t officially a Catholic, and found that out only later when my sister did the family history.”

Father Peter Dillon, the Catholic priest who baptized Hayden, said the former Governor-General had a complete change of heart several months ago.

“It was a big thing for him … an act of submission to the fact that there was no denying for him that God is real and he had come to discover that,” the priest explained.

According The Christian Post, Hayden said a visit in the hospital from Sister of Mercy Angela Mary Doyle, a 93-year-old nun, prompted him to finally turn to God. Hayden said he “always felt embraced and loved by her Christian example.”

He added, “Dallas [his wife], our daughter Ingrid and I recently visited Sister Angela Mary in the Mater Hospital where she was a patient.” He recalled, “The next morning I woke with the strong sense that I had been in the presence of a holy woman. So after dwelling on these things I found my way back to the core of those beliefs — the Church.”