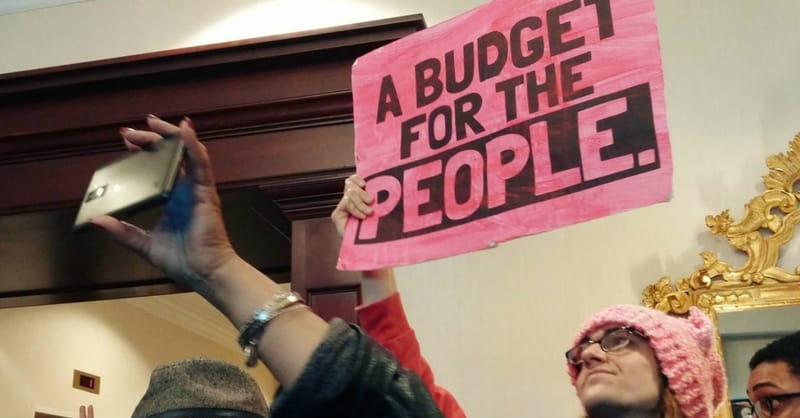 Anti-Trump protesters targeted the conservative Heritage Foundation on Tuesday in the wake of a looming government shutdown.

As ChristianHeadlines.com previously reported, Democratic and Republican lawmakers need to vote on a new government spending bill by April 29 if the government is going to stay up and running. Any new bill would need 60 votes, which is more than a simple majority in the Senate.

The protesters who stormed the Heritage Foundation accused the organization of being “Trump’s think tank” and of supporting the President’s proposed budget which they said “will hurt our communities, according to the Washington Free Beacon.

Instead, protesters called for “Water not walls!” and a “Budget for the people.”

We're shutting it down at @Heritage because it continues to be @realDonaldTrump's think tank. #RiseUp2017 #Budget4ThePeople pic.twitter.com/bnerOnBBa0

This sign is best art the @Heritage lobby has ever seen. We say NO to the pro-corporate agenda killing us all! #RiseUp2017 #Budget4ThePeople pic.twitter.com/BxwZPiYRhy