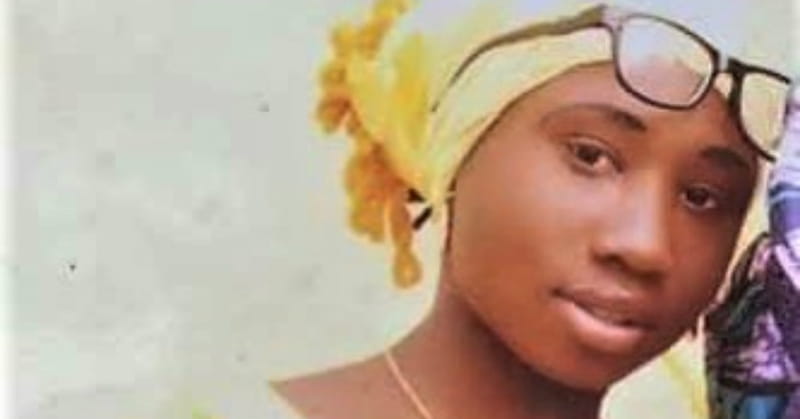 Islamic extremists in northeast Nigeria retained the only Christian among more than 100 kidnapped girls who were freed last week, prompting the head of her church denomination to call on President Muhammadu Buhari to obtain her release.

Boko Haram refused to release Leah Nathan Sharibu, 15, because she would not renounce her faith and convert to Islam, according to released Muslim girls. The Rev. Jeremiah Gado, president of the Evangelical Church Winning All (ECWA), said in a press statement on Friday (March 23) that her parents are members of the ECWA congregation in Dapchi, Yobe state, in northeast Nigeria.

“We call on the federal government and all its agencies to ensure the immediate release of Leah Sherubu, who is a member of ECWA, without any conditions,” Gado said. “We condemn in strong terms any attempt to forcefully convert anyone from one religion to another. As a church we continue to pray for her release and the release of all abducted Nigerians.”

Leah was among more than 100 girls kidnapped at a public high school, Government Girls Science and Technical College, Dapchi, by Boko Haram on Feb. 19. Five of the kidnapped girls died from the “stress and trauma” of being kidnapped, including one who was trampled to death, but the girls were not mistreated, one Muslim girl reportedly said. The other girls, numbering at least 101 according to government registers, were released on Wednesday (March 21).

Lado said the ECWA was moved by the courage of the teenager who declined to renounce her faith in the face of threats from the terrorists.

“The Evangelical Church Winning All salutes the courage, doggedness, and faith of Leah Sharubu,” he said. “She has not been released because she refused to denounce her faith in the Lord Jesus Christ as a Christian.”

Buhari had said earlier through a spokesman, Garba Shehu, that his administration would not cease efforts to get Leah released.

“His heart goes out to the isolated parents who must watch others rejoice while their own daughter is still away [in captivity],” Shehu said. “The lone Dapchi girl, Leah, will not be abandoned.”

Denying that any ransoms were paid or prisoners swapped, the administration has said friendly countries and international organizations helped negotiate the release of the girls.

Khadija Grema, one of the freed girls, reportedly said Leah was not released because she refused to recant her faith in Jesus Christ.

“They freed all of us except one girl, Leah whom they said would not go because she was a Christian,” Khadija said. “The people that took us away were all speaking Kanuri and Arabic. They didn’t tell us any meaningful reason why we were freed and returned. They just said we are Muslims, and they felt it was right for them to free us so that we will not suffer.”

Leah’s mother, Rebecca Nathan Sharibu, told Nigerian online news outlet Premium Times that her heart was broken when she searched through the released girls on Wednesday and could not find Leah. She reportedly collapsed and had to be taken to a hospital after learning her daughter had not been released.

“What her schoolmates that returned told me was that my daughter was told she must recite the Kalima Shahada [the Islamic profession of faith],” she told the Premium Times. “They said my daughter would only be brought back home the day she recites Kalima Shahada.”

Leah insisted that she did not know how to recite it, and that she was not brought up as a Muslim, the girls told her.

“She then pleaded with her friends that if they eventually made it home successfully, they should inform we, her parents, to continue to help her pray for God to protect her and bring her home safely as well; that whether she survived or not, she still needed prayers,” Sharibu said.

Leah’s father, Nathan Sharibu, told Nigerian radio station Raypower that he was told his daughter was not released because she refused to deny Jesus Christ and recant her Christian faith.

“I called the parents who are in Dapchi,” he told Raypower. “They said she was a Christian, that’s why they could not release her. They said she cannot be released until she becomes a Muslim. And my daughter said she would never be a Muslim.”

Sharibu called on the Nigerian government to ensure his daughter is released.

“The Nigeria government must do all within its powers to go and bring back my daughter, the same way they did to others,” he said.

Bukar Kachalla, father of one of the abducted schoolgirls and secretary of the parents group, told journalists in Dapchi that they were saddened when they learned Leah had not been released.

“We were told by the Boko Haram that she was not released because she refused to put on hijab,” he said.

“The federal government of Nigeria, which has been in touch with her captors, should hasten effort and ensure that Miss Leah Nathan Sharibu and other Chibok Christian girls are released,” Pam told Morning Star News.

About 100 of the 276 girls kidnapped by Boko Haram from the town of Chibok, in Borno state, in 2014 are still missing.

Boko Haram, whose name is loosely translated as, “Western education is a sin,” has fought for nine years to impose sharia (Islamic law) on all of Nigeria, killing tens of thousands of people and displacing more than 2 million. Boko Haram militants reportedly warned parents of the returned Dapchi girls not to send their daughters back to school.

In 2015 the Nigerian military began taking back most of the territory Boko Haram had controlled, but many areas remain, and the terrorists are still mounting isolated attacks.