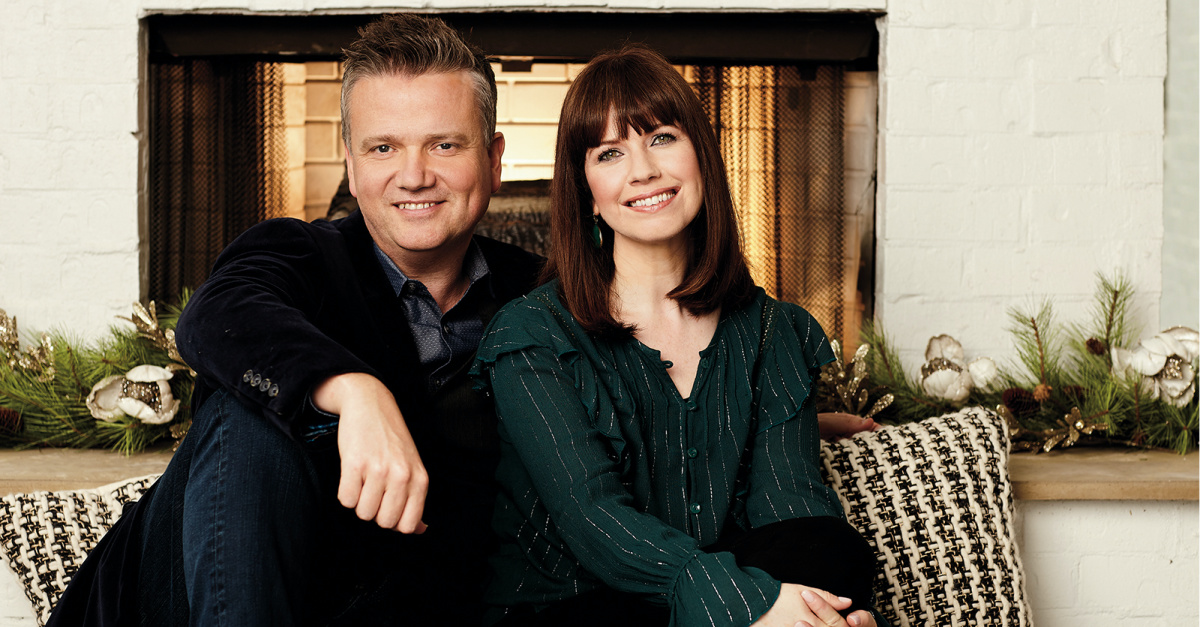 A national singing tour, including a standing-room-only hymn sing at the Grand Ole Opry House.

Irish Christmas concerts at venues like Carnegie Hall, the Kennedy Center and a series of megachurches.

Almost all of it with groups of fellow Christians — which he says is one of the primary tasks of his faith and one made difficult during COVID-19.

Getty spoke to Religion News Service a few days before the kick-off of the annual Sing! conference, which draws tens of thousands of attendees. The conference began Sunday (Aug. 30) and runs through Wednesday (Sept. 2).

In the past, the event has been in person.

There will be singing as well. The Gettys and their band recorded several sessions of hymn singing at the Grand Ole Opry — and then asked attendees to record themselves singing hymns on their phones. Those voices will be mixed with the band’s recording — to provide a virtual version of congregational singing.

Getty, a hymn writer best known for co-writing the 2002 song “In Christ Alone,” one of the most popular contemporary hymns, has spent recent years encouraging churches to renew their focus on congregational singing.

He says that in many congregations, the church band has become the center of attention during worship. So worship has become more of a performance. And singing is often limited to Sunday mornings.

The halt on worship in person during the pandemic is a chance to change that, Getty said. Singing, he hopes, can become part of daily life again, especially among families.

“The most common command in the Scriptures is to sing. And all the derivatives of singing — to praise, to extol,” he said. “It’s more than what happens for 25 minutes on Sunday.”

In the past, he said, Christians would sing all day long — by themselves and with their families. And then they’d gather once a week to sing together.

Getty hopes singing will become part of what he called “a healthy, holistic Christian life.”

The pandemic, while people have fewer distractions on their hands and more time together, is the perfect time to start cultivating that habit.

The conference — entitled "Sing! Global" — will feature speakers and music from all six continents, with breakout sessions on the importance of singing, as well as sessions on mental health and other challenges during the pandemic.

It will be broadcast live and available for 90 days online.

“We’re trying to create a church music Netflix, church music Master Class, online services and devotionals all rolled into one,” he said. “A community.”

The conference will also premiere “Evensong,” a new project focused on songs to sing at the end of the day. That is the perfect time to sing, according to Getty, rather than to focus on the worries of the world around us.

Once the conference is over, Getty and his wife plan to head to their native Ireland, where they have a home. They have four young kids, and all the grandparents are still around — so they want to focus on time together with family while they can’t tour.

“We thought, we’ll never have this chance again."