Joel Hunter to Step Down from Orlando Megachurch 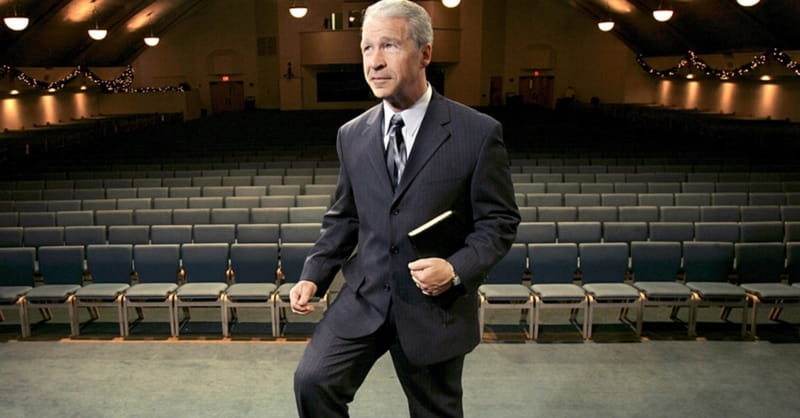 Joel Hunter to Step Down from Orlando Megachurch

Megachurch pastor Joel Hunter, who tried to lead the nation’s evangelicals toward more moderate, center-right positions on issues such as climate change and immigration, is stepping down as leader of Northland, a Church Distributed, in Longwood, Fla.

In a statement issued Wednesday (Aug. 2) to members of the congregation, Lead Pastor Vernon Rainwater described Hunter, 69, as “a man of integrity, full of compassion for others, and infectious love for Jesus Christ. … His life and ministry have been a catalyst for worship and service throughout this city and around the world.”

Hunter broke the news to staff and Northland leadership Wednesday, after returning from a sabbatical. In a letter released Thursday, he said, “I believe God will continue using Northland in wonderful ways, but He is calling me to focus my life on a new season of ministry outside the four walls of the church.”

Following Jesus’ example, Hunter said, “I will seek to include the un-included in the Kingdom,” in three concrete ways: community Bible teaching, assisting the homeless and building a Christian network. “My experience, relationships, and apostolic gifting are at their highest potential and I will spend them in the most productive way possible in this final season of my journey.”

He has led Northland for more than 30 years, beginning when the congregation met in a former skating rink. No date was set for his departure and until then he will continue preaching at Northland.

For the past two decades, Hunter urged his fellow evangelicals, in the pulpit as well as in the pews, to make common cause with Catholics, mainline Protestants, Jews, Muslims and other faith communities on single issues on which they could agree, such as human trafficking, homelessness, hunger and prison reform. In a pragmatic — and astute — effort to engage fellow evangelicals, he embraced a biblical approach to the environment and climate change, calling it “creation care.”

“Joel Hunter was a leader in the evangelical social justice movement,” said Frances FitzGerald, author of “The Evangelicals: The Struggle to Shape America.”

“For many years he led his congregation to work for the good of the community as a whole.”

Faith leaders from other traditions lauded Hunter’s work, especially his ability to remain faithful to his own theological beliefs while reaching out to others.

“He is true to evangelical core values and at the same time rethinks responses based upon a changing world,” said Rabbi Steven Engel, of the Congregation of Reform Judaism in Orlando. “He is principled in teaching and exhibits what it means to be an evangelical in a respectful and nonjudgmental manner, thus leading me as a Jewish leader to a greater understanding and embracing of his faith perspective.”

Imam Muhammad Musri, president of the Islamic Society of Central Florida and, with Engel, a co-host of the weekly “Friends Talking Faith” public radio show, agreed.

“I found Pastor Hunter to be a wonderful and a faithful ambassador for Christ,” Musri said. “I especially treasure working with him and traveling nationally and internationally to bring mutual understanding, respect and love between Christians and Muslims.”

In 2012, Hunter helped organize a faith response to the shooting death of Trayvon Martin, an unarmed black teenager, in nearby Sanford, Fla., and attended the trial of the man accused of killing him.

In his biography, posted on Northland’s website, he outlined his approach to activism:

“I am not partisan, nor am I politically oriented. But as God has ordained three institutions — the family, the church, and the government — I work as a pastor in all three of these arenas to promote love and caring and service, especially to those who need it most.”

Hunter had less success in steering white evangelicals away from being taken for granted as a wholly owned subsidiary of the Republican Party. He served as a spiritual adviser to then-President Obama, praying at the Democratic National Convention.

He formally left the Republican Party in 2010, registering as an independent, explaining to Christianity Today magazine, “I was never comfortable being identified with a political party, but the hyper-partisanship and the outside voices hijacking legitimate political debate is not something of which I will be a part.”

Hunter remains a national player in the evangelical world, a board member of the National Association of Evangelicals and the World Evangelical Alliance.

In a rare misstep, in 2006 Hunter stepped down as president-elect of the Christian Coalition, just months after accepting the post. He explained that he was unable to persuade the conservative organization to expand its policy agenda to include fighting poverty and global warming.

“I wanted to expand the issues from only moral ones — such as opposing abortion and redefining marriage — to include compassion issues such as poverty, justice, and creation care,” Hunter said in a statement. “We need to care as much for the vulnerable outside the womb as inside the womb.”

Under Hunter’s leadership, Northland grew from 200 members to 15,000, although in a 2013 interview he said that ecumenical and political activism may have caused as many as 1,500 members, or 10 percent of its membership, to leave the church.

However, the compact, upbeat Midwesterner was sanguine about the departures, likening membership departures to separating the wheat from the chaff.

“There is no such thing as safe leadership,” he said.

The Northland community was shaken in 2013 when Hunter’s minister son, Isaac, killed himself.

Most recently, Hunter has been passionate in calling on evangelicals to reach out to the LGBTQ community, particularly in the wake of the Pulse nightclub shooting, which took the life of 49 patrons as well as the shooter.

In the pre-dawn hours of June 12, 2016, a police officer on the scene of the shooting, a Northland member, called Hunter at home, and the minister rushed to the site to minister to those in trauma. His experience was compared by some to St. Paul being struck by lightning on the road to Damascus.

Two days after the shooting, more than 2,500 mostly white Protestant evangelicals and Pentecostals gathered at First Baptist of Orlando, another megachurch on the city’s suburban edge. On the program, Hunter had been scheduled to deliver “A Prayer for the LGBTQ Community.”

Instead, he told people in the cavernous sanctuary that since he had always been part of a powerful, majority community — straight, white, Christian males — and had never been “part of a vulnerable or a persecuted community,” he was ill-equipped to speak on the subject. In a dramatic move, he stepped aside and relinquished the microphone to Victoria Kirby York, national campaigns director with the National LGBTQ Task Force.

“We still have far too many people who don’t believe that God’s love extends to others,” said York, making no direct reference to evangelicals’ previous opposition on issues such as gay marriage, and their belief that homosexuality is a sin.

In the days and weeks following, Northland provided material support to the Pulse victims’ families, survivors and friends. And Hunter continued to speak out on the issue of acceptance.

Mark I. Pinsky is an Orlando-based correspondent

Photo: The Rev. Joel Hunter walks up the sanctuary steps at Northland, A Church Distributed, in Longwood, Fla., on Dec. 14, 2006.