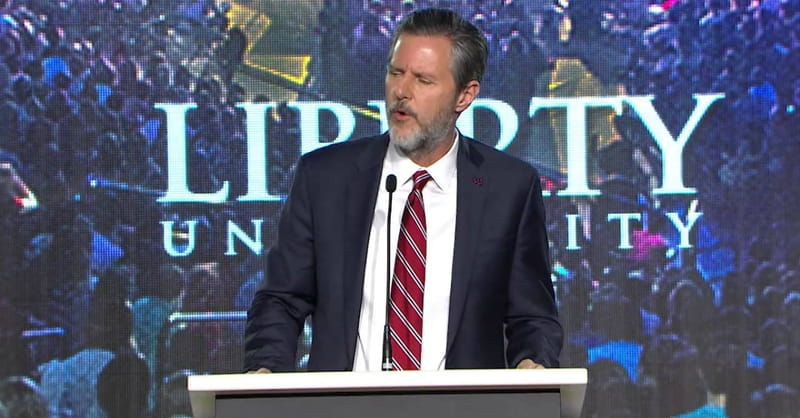 As ChristianHeadlines.com previously noted, Falwell is an outspoken supporter of Trump, and his outspoken support for the billionaire businessman recently caused a group of Liberty students, staff, and alumni to create and sign a petition against Trump.

In his response to the petition, Falwell stated, “I always make it clear to the media that my endorsement of Trump is my personal endorsement only and that I am not speaking for Liberty University, its students, faculty or staff. I am only fulfilling my obligation as a citizen to ‘render unto Caesar the things that are Caesar’s’ by expressing my personal opinion about who I believe is best suited to lead our nation in a time of crisis.”

Some continue to claim, however, that Falwell’s support of Trump tarnishes the name of the school and makes him biased toward such editorials as the one in question.

Joel Schmieg, who writes a weekly column for the Liberty Champion, according to Relevant, said that his article expressed his thoughts about Trump’s so-called “locker room talk.”

“I have never in my life heard guys casually talk about preying on women in a sexual manner,” Schmieg stated.

Although Schmieg’s piece was cut from being published in the Champion, it was published at Inside Higher Ed.

While some have expressed skepticism regarding why the piece was pulled, Terry Mattingly of GetReligion.org notes that, as the president of a private university, Falwell has the right to act as editor and publisher of the Champion.

Mattingly does not believe there is any bias at work, but instead compares Falwell’s decision to the editor or publisher of the New York Times deciding to pull an article that criticized the paper’s endorsement of Hillary Clinton.

In a twitter conversation, Falwell defended his decision by stating:

@Sandi simple, if I see redundant columns, I cut one. Why repeat the same thoughts twice at school expense? Good night.