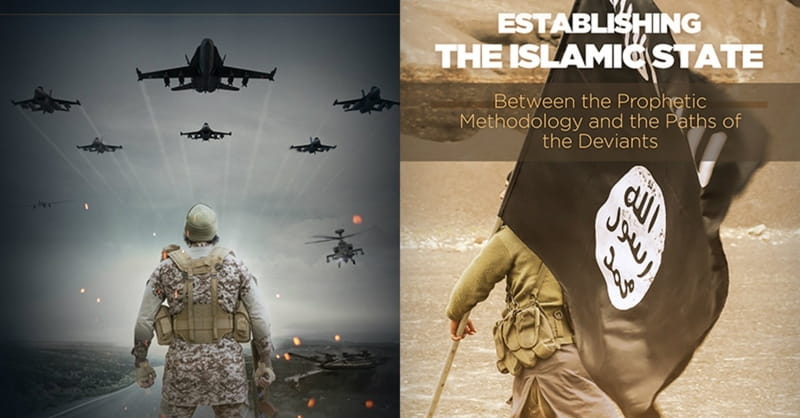 With his anti-Muslim rhetoric and planned travel bans, you’d think President Trump would be a favorite target for Islamic State’s propaganda. The jihadist caliphate in Syria and Iraq must be pulling out all the stops to slam him as the epitome of Islamophobia.

Well, think again. The extremist group that Trump vows to “totally obliterate” has hardly printed or broadcast a word about him since before the November election. The caliphate’s Ministry of Media acts almost as if he didn’t exist.

One theory is that the group — also known as ISIS, ISIL or the Arabic acronym Daesh — is too busy defending its largest city, Mosul, which is about to fall to advancing Iraqi troops backed by a U.S.-led coalition. That would allow it little time or staff to focus on the strikingly professional videos and online magazines it has been producing over the past few years.

Its propaganda output has gradually shrunk as it slowly lost captured territory over the past two years. But analysts studying the caliphate’s communications strategy don’t think this explains why Islamic State says nothing about the man who mesmerizes the media everywhere else.

“It is deeply intriguing that Islamic State hasn’t said anything about Trump,” said Charlie Winter, senior research fellow at the International Centre for the Study of Radicalisation and Political Violence at King’s College London.

“I think there is a vision behind this and that vision dictates that by not saying anything, they can let the car crash by itself,” he told RNS.

The key to understanding this strategy, analysts like Winter say, is to focus on the way that Islamist extremists interpret political discussion in the West. They insist that all non-Muslim westerners are “Crusaders” who hate Islam and their soothing talk about interfaith harmony or integration of Muslims is a lie to defend a “gray zone” of godless pluralism and multiculturalism.

In this view, Islamic State’s gruesome beheading videos and bloody terror attacks around the world aim to destroy that gray zone, unmask this western hatred of Islam and drive oppressed Muslims to emigrate to their caliphate.

Presidents George Bush and Barack Obama were often vilified in Islamic State media for the wars in Afghanistan and Iraq, the Guantanamo Bay and Abu Ghraib prisons, U.S. support of Israel and many other aspects of the “Crusade” the militants saw them waging against Muslims.

Obama’s speeches were frequently used as a “rhetorical prop for their propaganda,” said Winter. “They would have him saying, for example, ‘there are no U.S. troops fighting in Iraq’ — and then cut to US troops fighting against the IS in Iraq.”

“In Islamic State’s representations, they were hypocrites, talking about democracy, human rights and freedom while their practices were being guided by self-interest,” explained Pieter Nanninga, assistant professor of Middle Eastern Studies at the University of Groningen in the Netherlands.

“In their view, Trump is at least open about his anti-Muslim policies,” he told RNS.

Islamic State still regularly releases its online magazines in at least half a dozen languages and puts out several videos per week. Those are mainly clips about battles they wage, but some also focus on recent events and topics as far off as the plight of Rohingya Muslims in Myanmar.

“They are still quite up to date,” Nanninga said. “This suggests that their silence on Trump is a conscious choice.”

In effect, Islamic State has no need to present Trump as a strident Islamophobe because the president’s own words and deeds play right into their worldview.

“They can let Trump do all the rhetorical damage without aiding him at all and without tarnishing the anti-Islamic brand he’s creating for himself and the anti-Islamic surge of populism that he’s riding upon,” Winter said.

“They see that what they’ve long hoped for is now happening,” Nanninga added. “Because of Trump and the polarization he’s causing, Muslims would be forced to make a choice — do they belong to the infidel West or to the caliphate?”

That doesn’t stop Islamic State sympathizers from slamming Trump on their Twitter, Telegram and other social media accounts. One picture bouncing around the Internet shows an image of Trump under a saying by the Prophet Muhammad: “The hour will not come until the worst of you inherits the world.”

Another one shows a picture of the president overwritten with a similar quote from Muhammad: “When the power or authority comes to the hands of unfit persons, then wait for the (final) Hour.”

Amarnath Amarasingam, senior research fellow at the Institute for Strategic Dialogue in London, has canvassed militants’ views of Trump in interviews over social media with foreign Muslims who have traveled to Syria or Iraq to fight for the caliphate.

The interviewees subscribed to the “gray zone” theory that the U.S. president is pushing Muslims into Islamic State’s hands. “I think he is good for us,” a Canadian fighter told Amarasingam, referring to Trump. “We needed someone like him, who is direct.”

The latest edition of Islamic State’s slick online magazine Rumiyah, which came out in early March, still had no mention of Trump. Except for fleeting glimpses in two videos issued since November, his face has also been absent from its broadcasts.

The analysts are unsure how long this silence can last. The IS Ministry of Media could be waiting for the right moment, maybe if Trump’s planned travel ban actually comes into effect, or Muslims start to leave the U.S. for the caliphate rather than Canada.

“The moratorium on Trump is not going to be a permanent fixture,” Winter said. “There will come a stage where they might make a campaign of videos pulling together various things that he’s said.

“The Islamic State media guys are very restrained in what they do,” Winter added. “We’ve seen that in the past with executions, negotiations, terrorism. They know how to wait for the right moment and I just wonder if that’s what they’re doing with Trump.”

Tom Heneghan is a correspondent based in Paris

Photo: Pages from a Rumiyah magazine published by Islamic State in 2017.