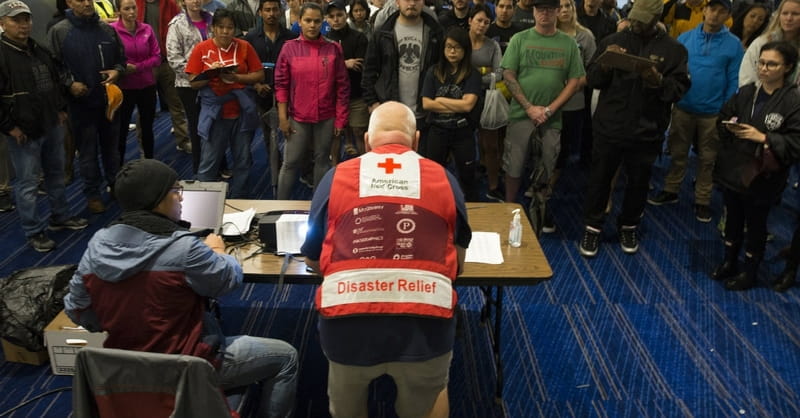 The Islamic State is reportedly asking its U.S. “warriors” to make attacks on hurricane relief enters in Houston and Miami.

According to a confidential document from the Department of Homeland Security’s southeast bureau, ISIS is using social media to call on its U.S. sympathizers.

"To all the (lone mujahids) in the U,S, (warrior), pop down to Houston and drop in at any of the relief centers housing displaced people from the Houston floods, make sure to bring lots of supplies, gadgets, toys to see if you can help put any (unbeliever) out of their misery," one post cited in the Homeland Security document says.

The message included emoji icons of an explosion, knife, bomb and gun.

Another post says that Allah sent the hurricane, making “a lot of opportunities for soldiers of the Islamic State to target.”

Terror analysts, however, have said the threat doesn’t seem to be probable.

"These posts appear to be more aspirational than operational, with hopes that their followers would then act on calls for attacks," the analysts said in the document. "Incidents involving lone wolf attackers have demonstrated the potential danger, lethality, and effectiveness of a rehearsed small arms or knife attack that can be carried out by a single individual with little or no training. It also underscores the potentially higher consequences of an assault attack involving multiple operatives."

ISIS regularly asks for work from its U.S. sympathizers. In November 2016, the group pushed for a “slaughter” of U.S. voters.

ISIS sympathizers in the U.S. are responsible for shootings in Orlando and in San Bernardino. The attacks killed 63 people.