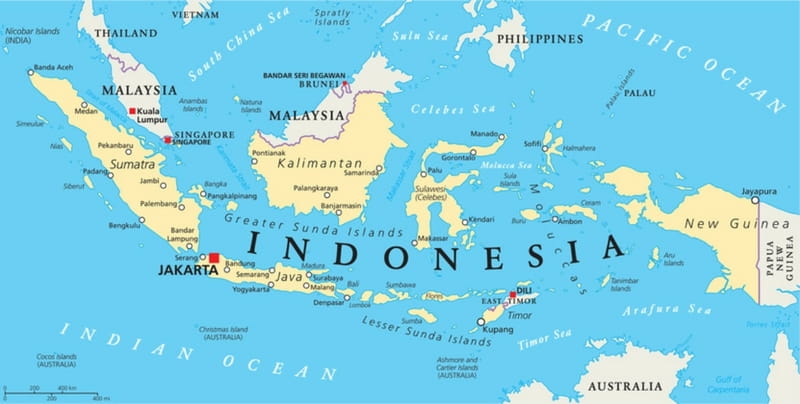 Islamic extremists in Indonesia, including a family of suicide bombers that targeted three churches, launched multiple attacks yesterday and today that reportedly killed at least 12 people not including the assailants.

The father of the family that killed the Christians on Sunday (May 13), Dita Futrianto, was the suspected head of the local cell of an Islamic State-inspired network called Jemaah Ansharut Daulah (JAD), the BBC reported, citing police.

Futrianto was reported to have dropped off his wife, Puji Kuswati, and their two daughters, ages 9 and 12, at Diponegoro Indonesian Christian Church in Surabaya, East Java. With her two daughters present, Kuswati hugged a parishioner before detonating her bomb, according to the Associated Press, citing a security guard.

At Surabaya Centre Pentecostal Church, Futrianto then drove his car onto the church grounds and detonated explosives. Earlier in the morning his sons, ages 16 and 18, had ridden motorcycles into Santa Maria Catholic Church and detonated their explosives. Police reportedly said the second and third church attacks came five minutes apart.

East Java police told reporters today that 13 of the 25 dead were the assailants, according to the Jakarta Post. The newspaper reported that 12 people died in the church attacks.

Two other churches were targeted as well, but bombs failed to explode at St. Jacob's Church in West Surabaya and the Sacred Heart of Jesus Cathedral, according to the Post.

Another family reportedly attacked a police station this morning (May 14), wounding 10 people, including police officers. The four perpetrators on two motorbikes died after driving into the building gateway and detonating explosives, according to police, who said an 8-year-old girl on one of the motorcycles was thrown from the vehicle but survived.

On Sunday night (May 13), a bomb in the Wonocolo low-cost housing complex in Sidoarjo exploded prematurely, killing a woman and her 17-year-old child, police said. Officers reportedly found the father of the family in the house holding a detonator and shot him. The family’s 12-year-old son reportedly took two younger sisters to the Bhayangkara Police hospital.

Police said they killed four suspected members of JAD in Cianjur, West Java Province, and arrested two others, according to the BBC.

The Islamic State (IS) claimed responsibility for Sunday’s church attacks in Indonesia.

The bombings, the deadliest in Indonesia in more than a decade, also wounded more than 40 people, police told journalists.

IS first mounted attacks in Indonesia in 2016, claiming the lives of four civilians in explosions and shootings. It also claimed responsibility for an attack on a high-security prison near Jakarta that killed five security forces personnel earlier this month, among other attacks.

On Feb. 11 in Central Java’s city of Yogyakarta, a Muslim extremist attacked a Catholic church. The 23-year-old identified as Suliyono of Bayuwangi in East Java wounded a priest and three others during Mass at St. Lidwina Catholic Church.

The Jakarta Post quoted National Police spokesman Setyo Wasisto as saying that the assault fit a pattern of recent attacks by terrorists in other countries, and that Suliyono had been radicalized after joining several religious organizations, which he declined to name, while a student in Sulawesi.

Indonesia ranked 38th on Christian support organization Open Doors’ World Watch List of the 50 countries where it is mot difficult to live as a Christian.