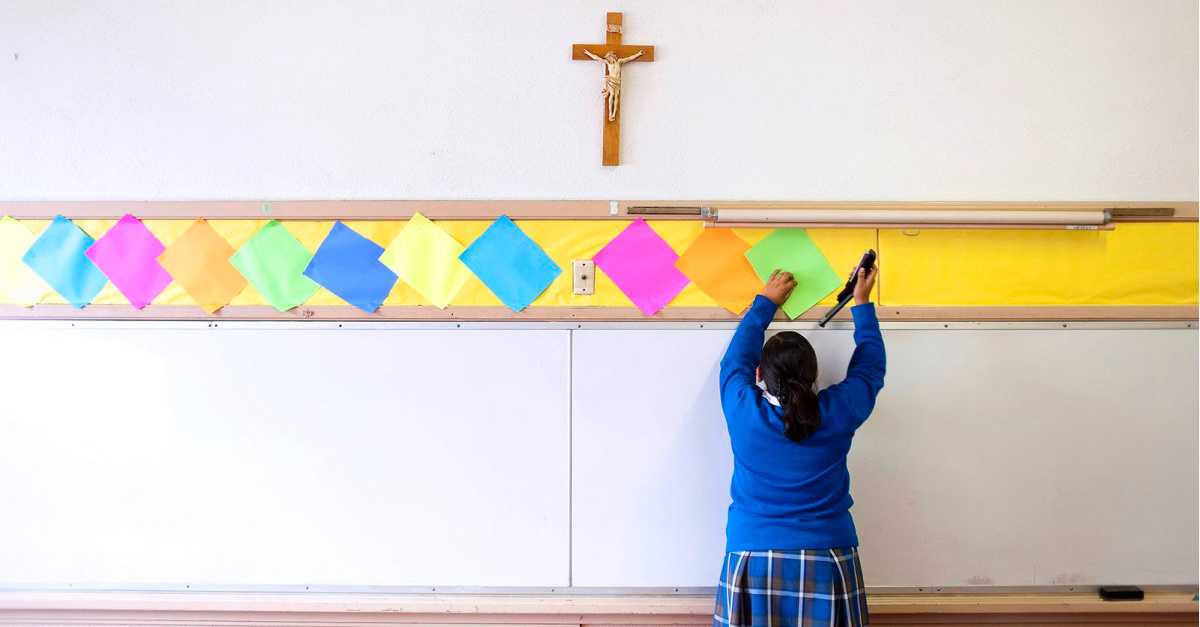 The Archdiocese of Los Angeles on Wednesday (July 15) told Religion News Service it would continue with plans to resume in-person instruction for its Catholic schools throughout Los Angeles, Ventura and Santa Barbara counties.

This after the Los Angeles Unified School District, the second largest in the nation, announced Monday that the school year beginning in August will not start with students at school facilities. President Donald Trump, in an interview with CBS, called the decision by Los Angeles schools a “mistake.”

“The health and safety of all in the school community is not something we can compromise,” said Los Angeles Unified School District Superintendent Austin Beutner.

This announcement came as COVID-19 surges across California, and nearly a month after the Department of Catholic Schools for the Archdiocese of Los Angeles announced it would resume in-person instruction this fall on its campuses, which includes 214 Catholic elementary schools and 51 Catholic high schools.

On Tuesday, Itzel Magana, an archdiocese spokeswoman, said the Department of Catholic Schools is monitoring the situation and is in contact with county public health officials.

“Given the situation and the on-going changes, our schools continue to prepare for both in-person and distance learning,” Magana told RNS through email.

A new round of closures is in effect in California as COVID-19 cases continue to spike. Gov. Gavin Newsom this week once again shut down bars and indoor dining. Across nearly 30 counties in the state, closures include indoor church services, gyms, nail salons and malls.

Other Southern California public schools have decided to do online and distance learning, including Santa Ana, Long Beach and Pasadena school districts.

Meanwhile, Diocese of San Bernardino Catholic schools, as of now, are reopening for in-person instruction for the new school year.

The high schools will operate at no more than 50% student population at any given time, with alternating groups in the morning and afternoon, said San Bernardino Diocese spokesman John Andrews.

Andrews said the diocese, as it has throughout the pandemic, “will comply with any subsequent public health order that comes from the state or counties related to school operations.”

The Archdiocese of Los Angeles issued a June 23 set of reopening guidelines that include protocols for physical distancing, facial coverings, frequent hand-washing, use of outdoor spaces for instruction and nontouch temperature checks upon entry.

It advises schools to consider using outdoor spaces for classrooms as well as utilizing parish centers, convents and churches to maximize physical distancing.

In the report, the archdiocese says schools “must cohort students into smaller groups and keep them together to the extent possible.”

This would help limit the spread of the coronavirus and make contact tracing easier in case a student or teacher tests positive for COVID-19, the archdiocese said.

The letter said the Department of Catholic Schools, through efforts with state and local vendors, secured a 30-day supply for face coverings, face shields, hand sanitizer and no-touch thermometers at no cost to their schools.

“Our goal is to strike a balance between preventing the spread of COVID-19 and providing children with the education, nutrition, physical activity, and mental health benefits provided through the reopening of Catholic schools,” Escala said in the letter.

“Indeed, we cannot eliminate the risk of COVID-19 in our communities, but we can reduce it by being flexible, consistent and vigilant,” he added.