If Accusation Equals Guilt, the Bill of Rights Is Dead 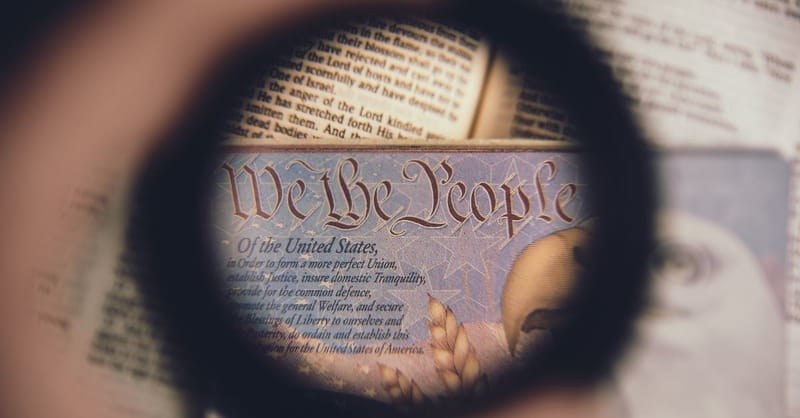 If Accusation Equals Guilt, the Bill of Rights Is Dead

Someone recently posted this comment on the Ford-Kavanaugh controversy in mediaite.com (9/20/18): “PLAYING WITH FIRE. Do we really want to live in a world were ALL THAT IS NEEDED TO CONVICT IS AN ACCUSATION!” [emphasis in the original]

Of course, Judge Brett Kavanaugh, nominated to be a justice on the Supreme Court, has been accused by Dr. Christine Blasey Ford of a drunken sexual assault that allegedly occurred when they were both of high school age.

The hearings in the Clarence Thomas confirmation have still left a cloud over his reputation. The accusations against him by Anita Hill did not hold water. She followed him around from job to job, although he was supposedly guilty of “a prolonged campaign of sexual harassment,” to quote the TIME magazine cover story (10/1/18).

Tragically, TIME implies that Anita Hill was right---even though her testimony did not hold up under scrutiny---and, by implication, one should perhaps infer that Kavanaugh’s accuser is right too.

If accusation equals guilt, then the Bill of Rights is dead. The Sixth Amendment says, “In all criminal prosecutions, the accused shall…be informed of the nature and cause of the accusation; to be confronted with the witnesses against him; to have compulsory process for obtaining witnesses in his favor; and to have the assistance of counsel for his defense.” [emphasis added] Yet initially Ford demanded that Kavanaugh not even be in the room when she testifies.

Gary Bauer noted (9/21/18) how unfair Ford’s demands were: “Kavanaugh must testify first; Ford insists on speaking second. But how can Judge Kavanaugh defend himself if he doesn't even know what Dr. Ford is going to say? Harvard Law Professor Alan Dershowitz blasted this demand as ‘the most absurd, anti-due process, anti-American concept.’” He also remarked that that’s what they did during the Inquisition.

I saw Dershowitz on Fox News quote Stalin’s right-hand man Beria, who was practiced in the art of drumming up false charges and once said, “You show me the man, I’ll show you the crime.”

A new poll shows support from the American people for Kavanaugh slipping. Well, how could it not when the media keeps picking up on any alleged accusation, even without corroboration? The media has been half the problem in this whole saga. All they do is report the negative stuff, but the ultimate question is: Is it true?

Somebody might say, “Well, where there’s smoke, there’s fire.” The same thing happened to Jesus. (Every other human falls short of Him, but it’s instructive to see how He was treated.) When He was on trial, the Roman prefect asked of His guilt or innocence, and His accusers said, “If He were not guilty, we would not have brought Him to you.” The only perfect human being who ever lived was being described as guilty. We know how that turned out.

The Bible also says, “The one who states his case first seems right until the other comes and examines him” (Proverbs 18:17). When put into practice, wisdom like this can prevent many injustices.

Meanwhile, Hollywood liberals who celebrate immorality in their films and in their private lives are declaring Dr. Ford is right and Judge Kavanaugh is guilty. LifeNews.com reports: “Hollywood celebrities came out with a video saying they believe her. Of course, they believe her not because of any fact, but because they don't want a conservative on the Supreme Court.”

The Left spent decades comparing everything to the McCarthy era and lamenting the Salem Witch Trials reenacted in our own day. And yet here they stand, “convicting” Judge Kavanaugh on uncorroborated charges.

Do you really want to live in an America where an accusation alone is enough to convict you?