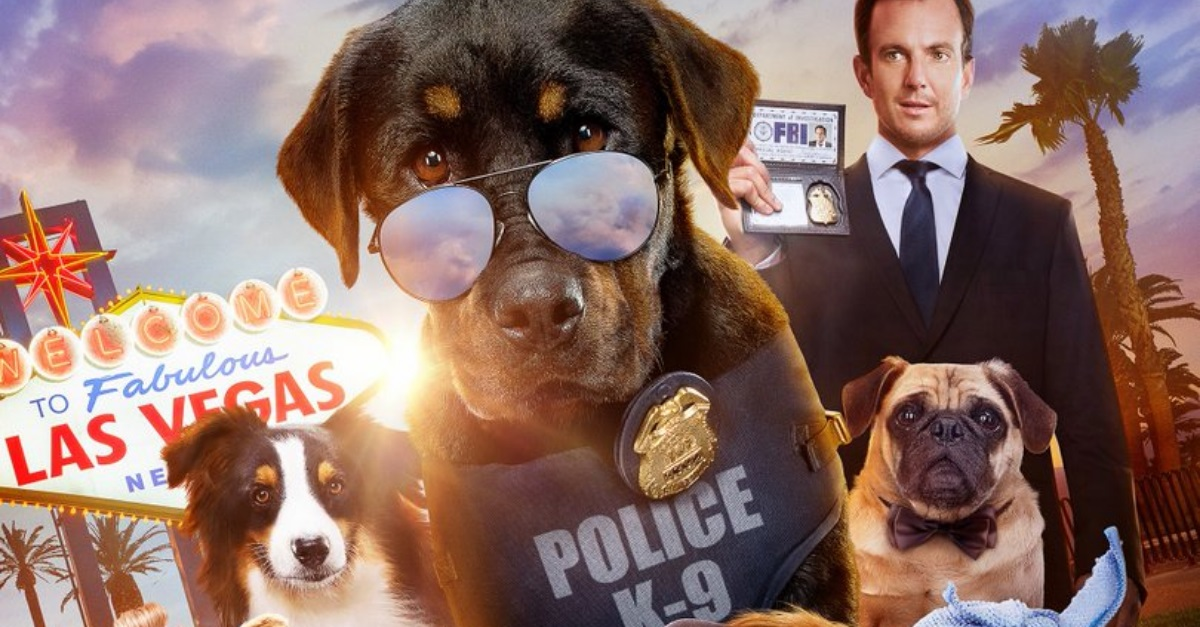 Global Road Entertainment, the movie studio behind the new film Show Dogs, says it is editing out two controversial scenes and will release the new version in theaters this weekend.

The PG-rated film tells the story of a dog, Max, and a detective who go undercover at a dog show and must then learn the ropes of the competition. Past of that involves Max and the other dogs having their private parts inspected. Max is hesitant to allow anyone to touch him, but he is encouraged to go to his “zen place” to remain calm – advice he takes.

“Responding to concerns raised by moviegoers and some specific organizations, Global Road Entertainment has decided to remove two scenes from the film SHOW DOGS that some have deemed not appropriate for children,” the studio wrote Wednesday night on its Facebook page. “The company takes these matters very seriously and remains committed to providing quality entertainment for the intended audiences based on the film’s rating. We apologize to anybody who feels the original version of SHOW DOGS sent an inappropriate message. The revised version of the film will be available for viewing nationwide starting this weekend.”

The move came after two mommy bloggers – Jenny Rapson at ForEveryMom.com and Terina Maldonado at MacaroniKid.com – brought attention to the scenes. The National Center on Sexual Exploitation then expressed its concern.

“I am excited that Hollywood LISTENED to concerned parents,” she wrote. “While it’s true that having those scenes in the movie in the first place was someone’s poor judgment at best and something insidious at worst, I DO want to express my appreciation to Global Road for responding to the uproar with a CHANGE. This is rare in Hollywood and hopefully the message will resound LOUD AND CLEAR with makers of other kids’ movies!”

One of the movie’s writers, Max Botkin, said his original script didn’t include the scenes. He sided with the bloggers.

“I'm happy and proud to say that Show Dogs is being recut based on audience concerns and in theaters this weekend in a family-safe version,” he wrote on Twitter. “I didn't write the scenes in question, only the original script which was heavily rewritten.”

I'm happy and proud to say that Show Dogs is being recut based on audience concerns and in theaters this weekend in a family-safe version. I didn't write the scenes in question, only the original script which was heavily rewritten. https://t.co/eSsRSfrXAg