Switchfoot Musician Shares an Update Following Cancer Surgery: 'I Am Free from Cancer' 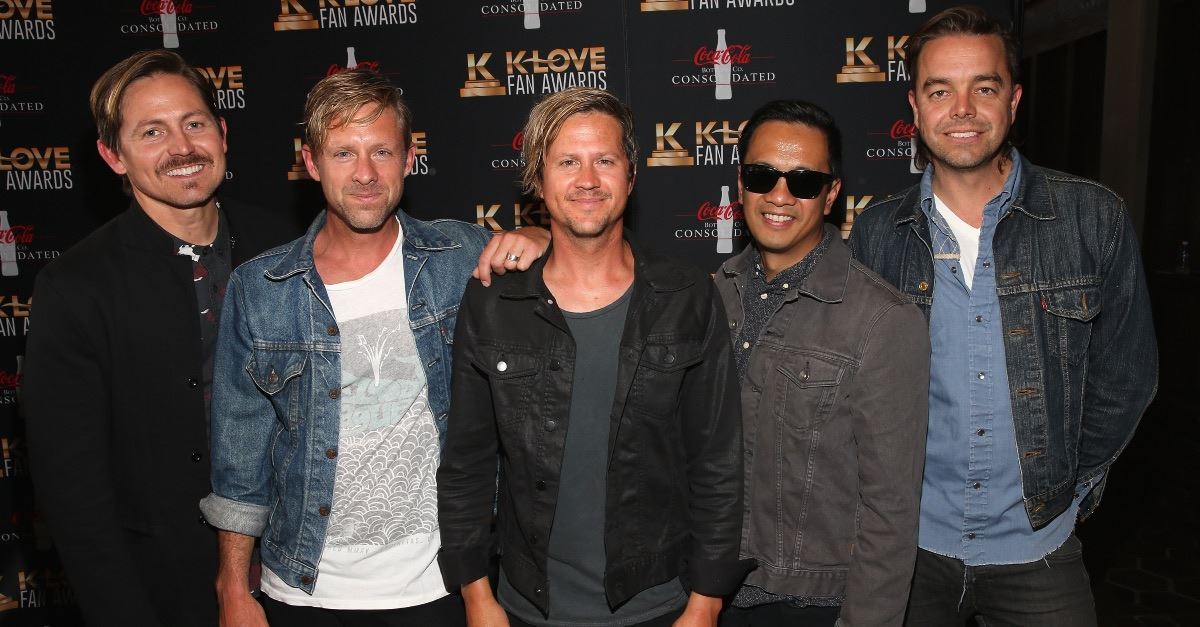 Switchfoot Musician Shares an Update Following Cancer Surgery: 'I Am Free from Cancer'

Jerome Fontamillas from the award-winning rock band Switchfoot, announced last month that he had been diagnosed with cancer. Now, less than a month later, he has announced that he is “free from cancer.”

On December 20, the band, whose members are often outspoken about their Christian Faith, announced the “sobering news” about Fontamillas on their Instagram account, the Christian Post reports. They wrote, “Important Update Regarding Jerome: Jon here, I'm always blown away by the incredible community that sings these songs with us. I got a call from Jerome a few weeks ago. He was calling with sobering news: he has cancer.”

Jon Foreman, the band’s frontman, continued, “The good news is that the cancer has not spread to his other organs. Removing one of his kidneys will hopefully be the first and final cure for Jerome’s fight with cancer. We ask that you join us in praying for our brother Jerome and his family during this difficult season.”

Nine days later, on December 29, the band shared that Fontamillas’ tumor had been “successfully removed.” They shared to Instagram, “Hello friends,
Thanks for the love and the prayers for Jerome. Here's the update on his fight with cancer: The tumor has been successfully removed.”

The post continued, “The surgeon said that it had not attached or spread to anything else in his body which is great news! It was the best outcome they could’ve hoped for.”
“We will know more in about a week. Jerome hasn’t been in a lot of pain and is resting now,” the post concluded. 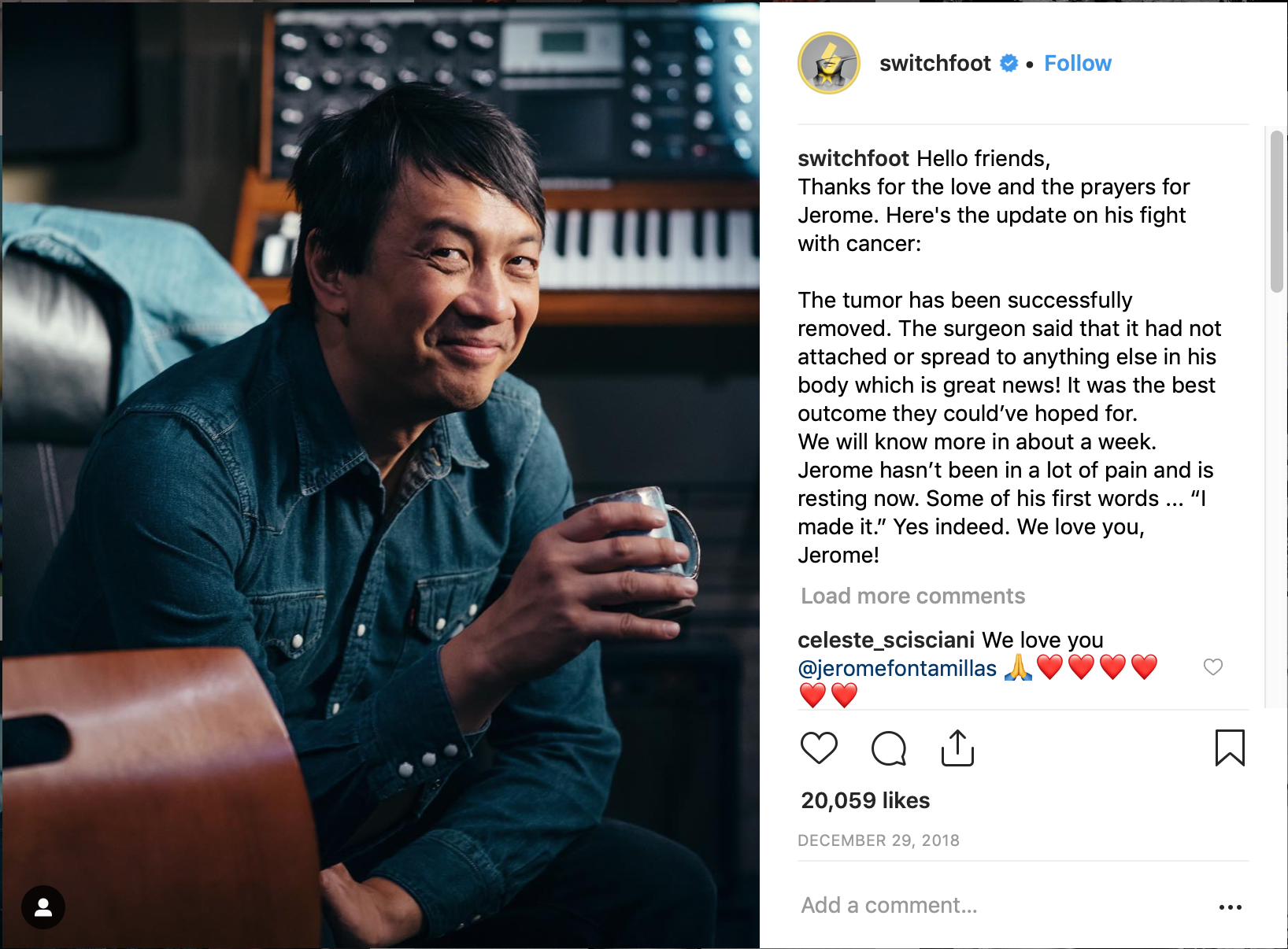 A week after this, the band got the news they had been praying for, Fontamillas was cancer free.

Fontamillas took to his Instagram account to share the news with his more than 20,000 followers. He wrote, “7 days ago, I stood at a precipice. 7 days ago, I looked straight at the storm. But I wasn’t alone.”

He continued, “You guys were with me. Thank you for each and every one of your prayers. I’m so grateful for you guys. Today I can say I am free from cancer. Today I can begin to live life WELL again.” 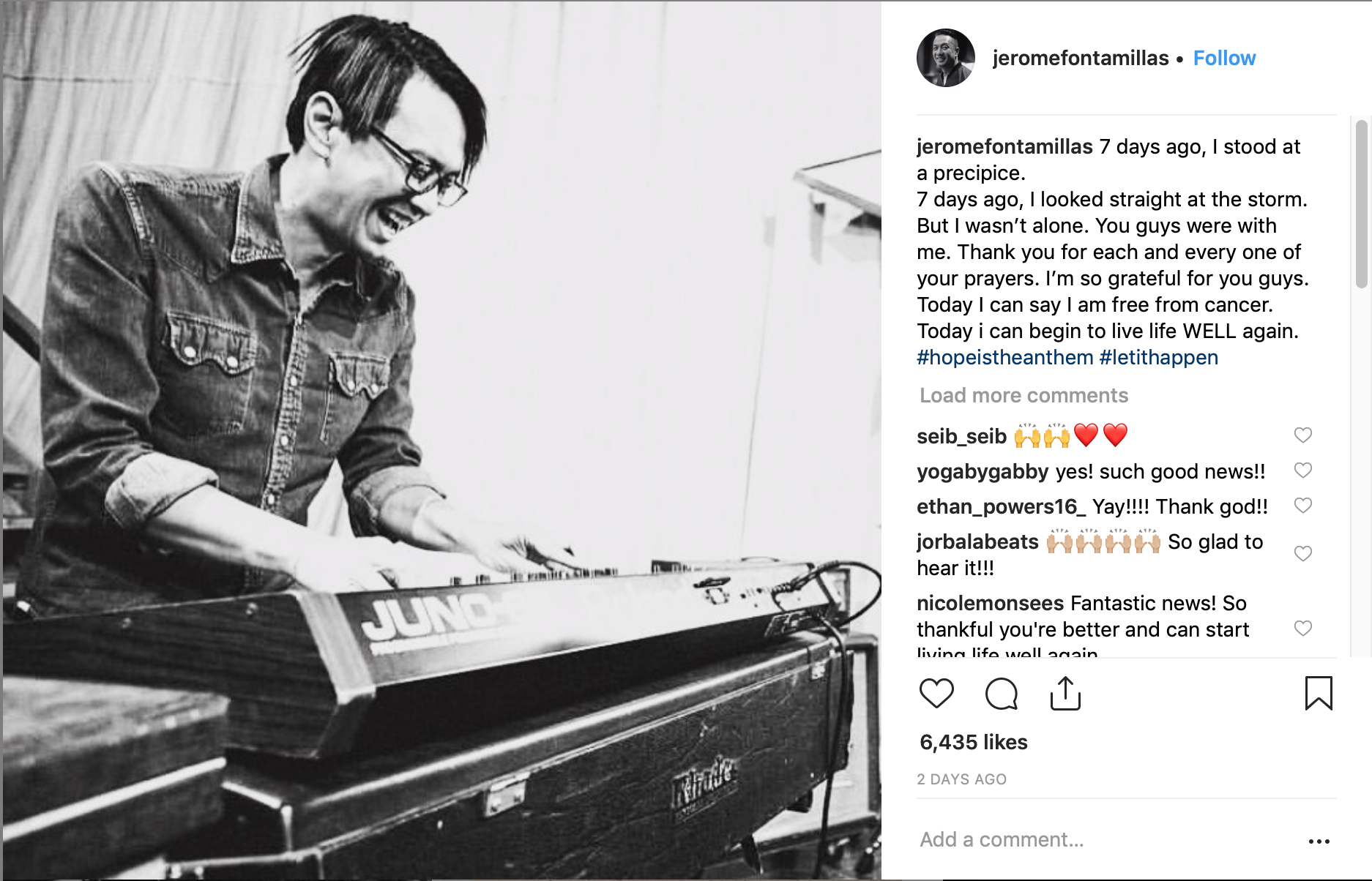 Fontamillas’ good news comes just before the band’s release of their new album. Native Tongue is set to come out on January 18, 2019.