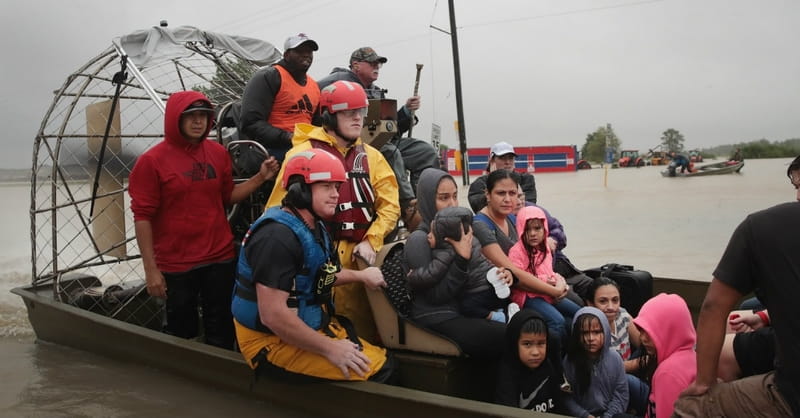 Many students in the Houston area got two more weeks of summer vacation thanks to Harvey, the massive hurricane and tropical storm that dumped a record-breaking 52 inches of rain on parts of the city just as the school year was about to begin. Administrators pledged to start school Sept. 11, but they’re still trying to find enough dry classrooms for all of the students.

Parents and educators might be most worried about the academic setback, but researchers who evaluated students in New Orleans after Hurricane Katrina say Harvey’s long-term effects could be much worse.

The Houston Independent School District expected to enroll 218,000 students this year. At least 200 of the district’s 280 campuses sustained damage from the storm. Crews are scrambling to repair schools with minor-to-moderate problems, but some campuses will require extensive overhauls, and some might not be salvageable, according to Superintendent Richard Carranza.

Administrators plan to move students from closed schools to those that can open, but the district doesn’t have enough room for everyone. Carranza said the district might run double shifts at some schools, with one set of students attending classes in the morning and early afternoon and another set coming to campus in the late afternoon and early evening.

In the Humble Independent School District, northeast of Houston, most schools escaped severe damage except for Kingwood High School. Its 2,800 students won’t return to the waterlogged campus for “quite some time,” Principal Ted Landry told parents. Landry hopes to keep the students together by moving all of them to a nearby high school, but he faces the same space constraints as his counterparts in Houston. Like students in Houston, Kingwood students might have to go to class in shifts. Landry also suggested an every-other-day schedule, although some students would have to go to school on Saturday.

Students in New Orleans faced similar upheaval after Katrina in 2005. The constant stress took an emotional toll. Teachers chronicled more instances of aggression on campus, and 42 percent of students met the criteria for a mental healthcare referral. But schools also played a key stabilizing role, researchers found, giving students a sense of normalcy they could count on each day.

Researchers who followed students in New Orleans found Katrina’s negative effects dissipated over time, proving children are resilient and adaptable. Students in Houston and other areas affected by Harvey will at least have pockets of normalcy to remind them recovery will come.

“We will get through this,” said Landry, the Kingwood principal. “Harvey will not hinder us or hold us back.”