Huge Fire Breaks Out at the Notre Dame Cathedral in Paris 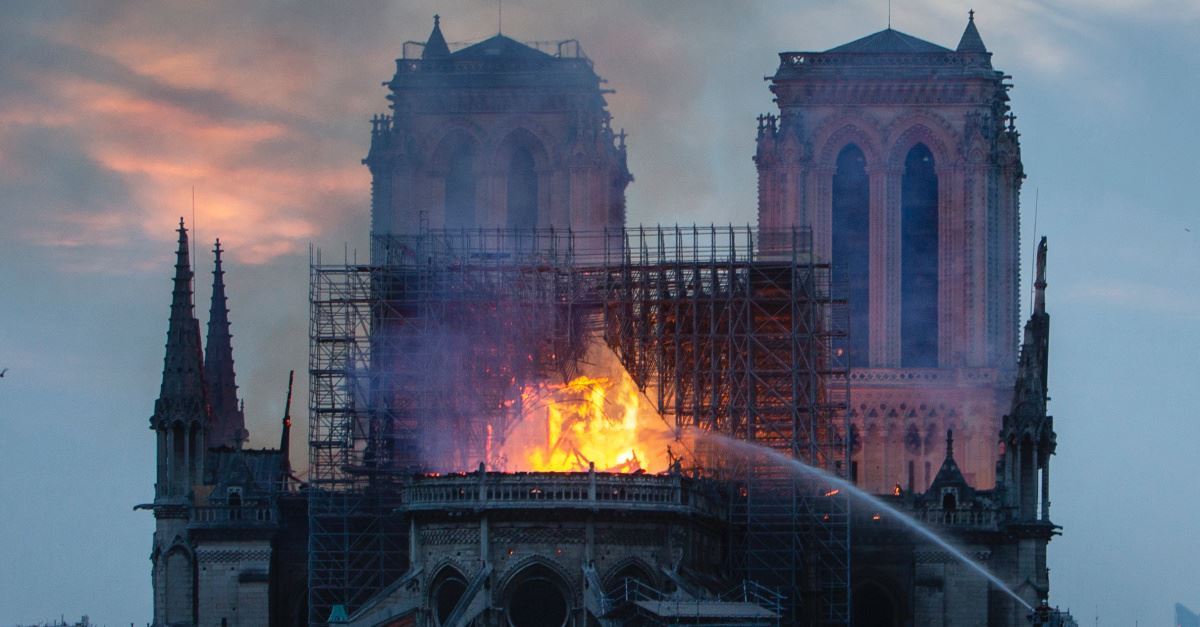 Huge Fire Breaks Out at the Notre Dame Cathedral in Paris

Photos and videos posted to social media of the fire show large flames and black smoke ascending from the roof of the 12thcentury church.

CNBC reports that Notre Dame – Paris’ most visited attraction site – attracts around 12 million visitors each year, with the Easter season being one of its busiest times, but so far, no injuries have been reported.

According to Fox News, at the time of this writing firefighters are working on controlling to the fire and the area surrounding the cathedral has been cleared.

The cause of the fire is not yet known, but Fox News reports that a source told them the fire was related to the $6.8 million construction and restoration project the cathedral was undergoing. According to Fox News, several parts of the cathedral were under scaffolding. Fortunately, several bronze statues were removed from the church sometime last week due to the restoration.

The mayor of Paris confirmed the fire in a Tweet around 2:20 PM CET on Monday. She wrote in French, “A terrible fire is underway at Notre-Dame Cathedral in Paris. They @PompiersParis are trying to control the flames. We are mobilized on site in close connection with the @dioceseParis. I invite each and everyone to respect the perimeter of security.”

President Donald Trump also commented on the fire saying, “So horrible to watch the massive fire at Notre Dame Cathedral in Paris. Perhaps flying water tankers could be used to put it out. Must act quickly!”

So horrible to watch the massive fire at Notre Dame Cathedral in Paris. Perhaps flying water tankers could be used to put it out. Must act quickly!

This is a developing story.