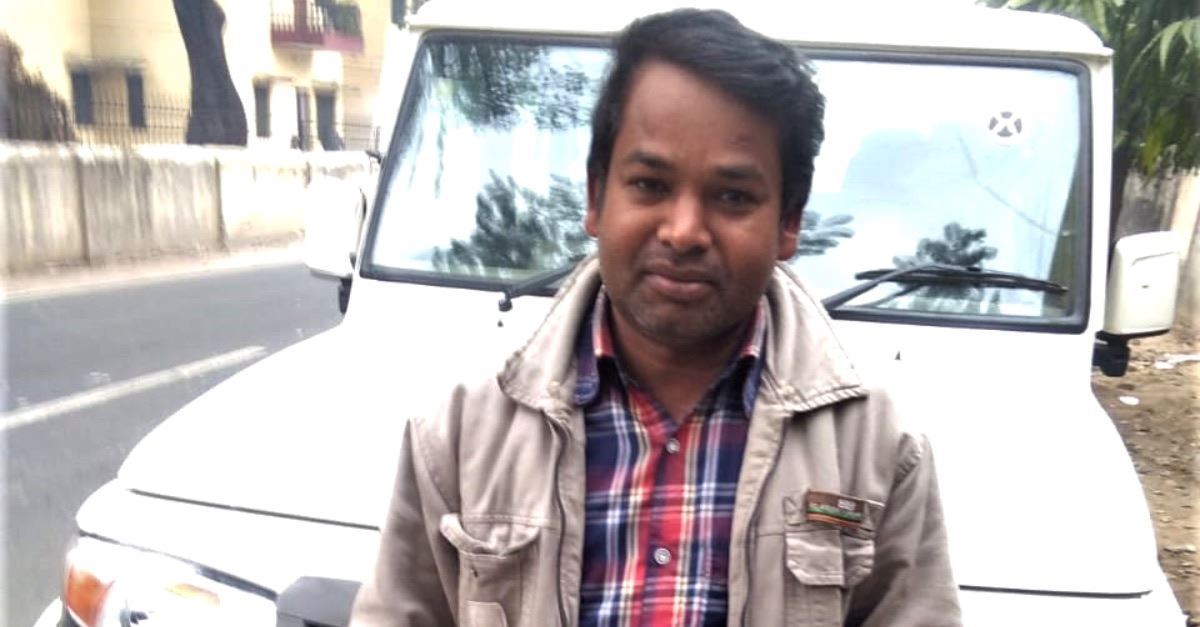 NEW DELHI, February 5, 2019 (Morning Star News) – A pastor is facing criminal charges in northern India even though the complainant later denied allegations against the church leader of luring him to convert, sources said.

Police in Rupaidiha village, Uttar Pradesh state on Jan. 28 arrested 40-year-old pastor Dharmendra Singh on a charge of “alluring to convert” and two related charges – outraging religious feelings and promoting enmity. He was released on bail on Jan. 31.

Pastor Singh denied all charges against him, saying members of the Hindu extremist Vishwa Hindu Parishad and Bajrang Dal fabricated a story and pressured a new Christian, Ramesh Gautam, to file a false complaint against him.

Gautam said in court on Jan. 30 that the allegations were false, the pastor said.

“He witnessed that his faith is his own choice and nobody has forced him or his family to believe in Jesus,” Pastor Singh told Morning Star News. “‘We have not converted by allurement but have become worshippers of Jesus,’ said Ramesh in the courtroom.”

Pastor Singh leads a church in Nepalganj, Nepal, where he resides just across the India-Nepal border, but he regularly visits the Indian village of Rupaidiha, Bahraich District, to lead the new fellowship there where Gautam worships.

Gautam and other members of his family put their faith in Christ about six months ago after the pastor had prayed for his wife, who is from Nepal, and she was healed, he said.

“Ramesh, his wife and other members of his family believed and started to attend church regularly,” Pastor Singh said. “The entire village began to trouble the Gautam family and made things difficult for them.”

In spite of pressures, Gautam’s wife stood firm before villagers and defended their new-found faith, he said.
The pastor said he was grateful to God for the hardships he and his family have endured from his arrest.

“It is my privilege to suffer for Christ,” he said, adding that he was able to share the message of the saving grace of Christ with a group of 150 prisoners his first day of incarceration.

Later he shared the gospel with smaller groups of prisoners, as he did each day until his release, he said.

“The message of Christ was proclaimed with power amongst the prisoners, and I am delighted that the name of Christ was heard by all 1,300 prisoners,” Pastor Singh said. “I saw that their spirits were crushed, and they had deep loneliness in them.”

Some of the prisoners were convicted murderers and had killed as many as 22 people, and he prayed with and embraced many of them, feeling an anointing and the power of God, he said.

“I am delighted to have gone to the prison and been used by God,” he said. “Now that I have seen them and have been there, I can pray for them with much conviction and burden.”

A native of Delhi who converted to Christianity from Hinduism, the pastor moved to Nepal five years ago and lives there with this wife and three children. He runs a tailoring training center in Nepalganj with his wife and also has been ministering at the Prem Sewa Clinic, a hospital in Rupaidiha, for nearly two years.

Indian and Nepalese nationals may cross the border without restrictions, though there is a customs checkpoint for goods and for those from other countries.

India this year cracked the top 10 on Christian support organization Open Doors’ 2019 World Watch List of countries where Christians experience the most persecution, ranking 10th, up from 11th the previous year.

In Nepal, the increase in persecution of Christians that began after a new criminal code was passed in October 2017 (taking effect in August 2018) continues, with a mob stopping construction of a church building in Kathmandu, the capital, on Jan. 20, another pastor said.

“Local people got together and objected to the construction of a church building – they said that Christians cannot come into their cities and reside here,” Pastor Baiju said.

A local resident of Kathmandu told Morning Star News that Christians commonly face harassment when renting or leasing apartments in the city. When they inquire about availability, they are asked to state their religion, and generally landlords are not willing to rent homes to Christians, the source said.

A crowd estimated at between 5,000 and 8,000 people shouted slogans such as, “Beat the Christians,” “Throw out Christians” and “Down with Christians” in Bharatpur, Chitwan District. Bharatpur, the fourth largest city in Nepal, is 160 kilometers (almost 100 miles) from Kathmandu.

The procession featured saffron flags and banners with threats printed on them.

“Bharatpur is a prominent city, and we can see a wave moving against Christians,” B.P. Khanal, pastor of The Lord’s Assembly and a social activist, told Morning Star News.

“The burning of the Bibles was a symbolic representation of their victory over conversion and Christianity in the country.”
Police did nothing to stop the anti-Christian threats and hate speech, illegal under Nepalese religion laws.

“Leave aside the police taking action against the mob, they were actually there to give protection to the whole procession, safeguarding against any kind of communal tension that could arise,” Pastor Baiju told Morning Star News.

He added that he was shocked to see that no media covered the procession.

Christian leaders filed a request with police to take action against such processions on grounds of hate speech and disrupting the peace in the society, but officials took no action, sources said.

The general secretary of the Nepal Christian Society, along with its president and leaders of the National Churches Fellowship of Nepal (NCFN), went to see the home minister on Dec. 31 and appealed for him to look into the procession and take appropriate action against organizers.

“Though the home minister said good words and assured the delegation of action, no action was taken,” Pastor Khanal said.
The meeting, however, led the home minister to send a proposal to declare Dec. 25, 2019 as a holiday, he said.

“People are traumatized in Chitwan and across the nation,” Pastor Khanal said. “Most of the Christians are afraid to go out and evangelize. Some of the churches are threatened and are afraid to conduct regular worship services.”

“This past Christmas, the majority of carol singing has taken place inside our respective churches,” said one source. “Out of fear, very few have gone door-to-door carolling, and the government is mum; the police are mute spectators.”

Pastor Baiju said he feels that the government is not doing enough to protect the rights of the Christian community, and that radical groups are taking undue advantage of this laxness.

Nepal was ranked 32nd on Christian support organization Open Doors’ 2019 World Watch List of the countries where it is most difficult to be a Christian.