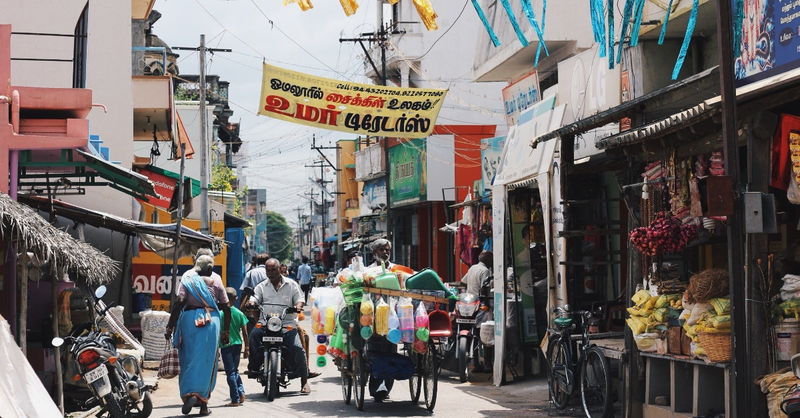 NEW DELHI, August 20, 2018 (Morning Star News) – When a Hindu in northern India got rid of the idols in his house after several visits to a church, Hindu nationalists found the perfect opportunity to make life a nightmare for a pastor’s family, sources said.

Since the Hindu nationalists accused pastor Avianshu Kalra of desecration of Hindu idols and forcible conversion in Ambala, Haryana state, he and his family have had to leave their home, his wife has suffered pregnancy complications, and his father has been suspended from his work as a journalist after being hit with a defamation suit.

The 32-year-old Assemblies of God pastor of Karuna House of Prayer had to keep his 4-year-old son out of preschool for a week after a Hindu extremist-led mob of 200 people on July 11 blocked the entry and exit to his home and church compound and chanted threats.

“My mother was all alone and was terrified,” Pastor Kalra said, noting that he and his wife had gone to pick up their son from school, and his father was away at work. “The mob was shouting, ‘Come out, we will not spare you, we will burn you.’”

The mob accused him of forcibly converting a Hindu family and destroying their Hindu deities and images of Sikh gurus. Pastor Kalra said he was thankful to God that he did not return home while the mob was still there or they would have attacked him, his four-months pregnant wife and son.

Officers arrived and took the mob to the police station, but no action was taken against them, he said.

“They were allowed to leave the police station, after which they went and blocked the National Highway for about 11 minutes,” said Pastor Kalra, noting that it is a non-bailable offense to block a national highway.

Denying the accusations, Pastor Kalra on July 12 submitted a written complaint requesting intervention against extremist threats to life and property at the Baldev Nagar police station.

That evening Hindu extremists filed a complaint, and police registered a First Information Report (FIR) against the pastor, his wife Ritu Kalra, his father Pardeep Gulati and mother Kalpana for allegedly wounding religious feelings and insulting someone’s religion. The complaint was filed under the guidance of the leader of the mob, a member of the Shiv Sena (Army of Shivaji), a Hindu nationalist political party, the pastor said.

Pastor Kalra’s father quickly met an influential minister of the state government who instructed the superintendent of police to carry out a fair investigation, but the family left home on July 13 to avoid arrest, he said.

“Going door-to-door, we collected all the information [for defense] and pleaded with high officials, requesting they make an initial enquiry before they arrest us,” said Pastor Kalra, visibly concerned about his pregnant wife and young child.

Since the family started the church in 2014, Shiv Sena members have been monitoring Gulati’s movements and have been seeking pretexts for accusing family members, Pastor Kalra said.

“They are targeting our church as my father has been an eye-sore for them for the past so many years,” Pastor Kalra said. “He has gone out of the way helping Christians to get justice and travelled to various cities, helping all those who are being troubled for their faith in Jesus.”

The congregation has grown to 100 people in four years.

Gulati remains influential and works to help persecuted Christians. After his newspaper and others revealed the harassment the Hindu extremists have inflicted upon his family, hard-line Hindus filed suit alleging defamation, Pastor Kalra said.

Charges of forcible conversion are invoked every month in India with the clear intention of intimidating Christians into silence, according to Alliance Defending Freedom (ADF), which undertakes legal advocacy for religious freedom.

“In many places, the intimidation is working,” ADF notes in its campaign celebrating the 70th anniversary of the U.N. Universal Declaration of Human Rights. “It is a sad irony that all this persecution is happening in a country with a rich tradition and legal framework supportive of freedom of conscience and the right to practice, profess, and promote the religion of one’s choice. The Indian constitution clearly guarantees religious freedom, as do several international covenants to which India is a prominent signatory.”

The Allegations
The Hindu extremist allegations against Pastor Kalra surfaced after a local pastor brought a Hindu, his wife and daughter to Gulati for help with personal troubles last year, the pastor said.

“It is only after he joined Shiv Sena that the Hindu nationalist leader has swayed him into filing this false complaint against us,” Pastor Kalra said.

The Hindu who filed the complaint alleged that Pastor Kalra was a regular visitor to his house and destroyed all his idols, along with pictures of Sikh gurus.

Pastor Kalra denied the allegations in his written complaint to police, saying he had visited the Hindu’s house only once and noticed there was not a single idol or a picture in the house.

Later the pastor who brought the Hindu family to Gulati told Pastor Kalra that the Hindu himself, after he started visiting the church, had removed all the idols from his house and immersed them in a river a few months ago.

Regarding the allegation of forcible conversion, 20 members of the Karuna House of Prayer Church gave written applications to police stating that they believe in Jesus of their own free will and were not forced in any way into putting their faith in Him, Pastor Kalra said.

Area residents who on July 11 mobbed outside Pastor Kalra’s house and church site shouting anti-Christian slogans and threatening the family later approached him and his father and apologized, the pastor said. They admitted that Hindu extremists instigated them, telling them to join the mob to save Hinduism from “traitors.”

Later they came to know that it was the Kalra family they were harassing and backed off, he said. Pastor Kalra said one of the residents told him, “You have been living in Ambala for generations, and we have known you and your forefathers for many years. We are ashamed that we joined hands with [the Hindu nationalist leader] without knowing the facts.”

With the threats on their lives and anxiety over the possibility of being arrested, Pastor Kalra’s wife developed complications in her pregnancy and had to be hospitalized from July 15 until July 20, the pastor said.

“Police came to take her statement while she was in the hospital, but no action has been taken,” Pastor Kalra said.

The pastor, who has been leading Karuna House of Prayer for the past four years in the Church of North India Compound, says that he has never faced such issues before.

“Somehow we have adjusted to this abnormal normal,” he said.

Demonstrations
On Aug. 3, Hindu nationalists dressed in the nationalistic saffron color marched from a crossing in front of the police line less than a kilometer from the pastor’s house shouting slogans and accusing him of forcible conversion and desecration of Hindu idols.

On July 19, about 300 Christians had marched on the streets of Ambala in protest of the Hindu nationalist harassment, the police case against the Kalra family and the oppression of minorities in India.

“Pastors and Christian leaders from Chandigarh, Ambala and other parts of Haryana joined the ‘peace procession,’ and 54 pastors signed a letter denying the forceful conversion accusation and demanding fair enquiry into the case, Pastor Kalra said.

At a press conference afterwards, Pastor Kalra denied the allegations, calling all charges against him “baseless”’ and “fabricated.”