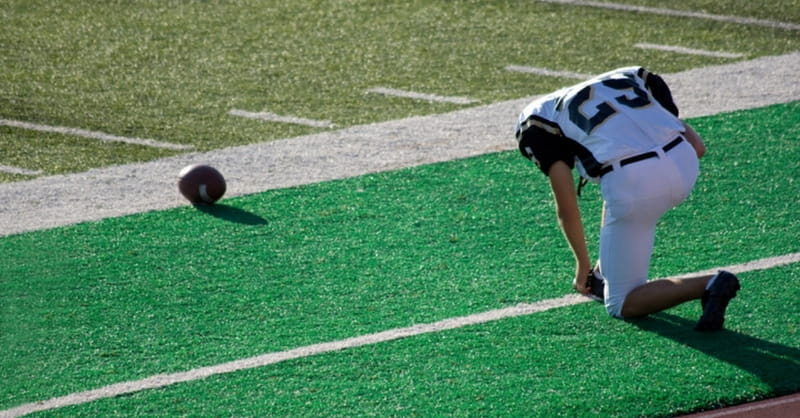 High school football coach Joe Kennedy was fired for refusing to give up his pre-game ritual of praying for 15-30 seconds.

Despite the pushback and loss of his job, the former Marine and coach at Bremerton High School in Washington state, has said, “I wouldn’t do anything differently. I’ve always taught my guys to stand up for what they believe in – even if it’s not popular.”

Now, Kennedy has shared his thoughts on the ongoing conflict in the NFL over players’ choosing to kneel before or during the National Anthem.

Kennedy explained the double standard he sees between the judge’s decision in his case and the free speech and freedom of religion rights granted to NFL players who choose not to stand for the National Anthem.

“Yeah, you know I can’t wrap my brain around it, you know, I’m a Marine, I served for 20 years, and I just want the same rights as anybody else and you know what, applies for one should apply to every American,” stated Kennedy.

“So, yeah, I see a lot of similarities, freedom of speech and you know, the Constitution should apply to all.”

Kennedy, along with his legal counsel at First Liberty Institute, are attempting to get the case overruled, and are ready, if necessary, to take the case all the way to the U.S. Supreme Court.