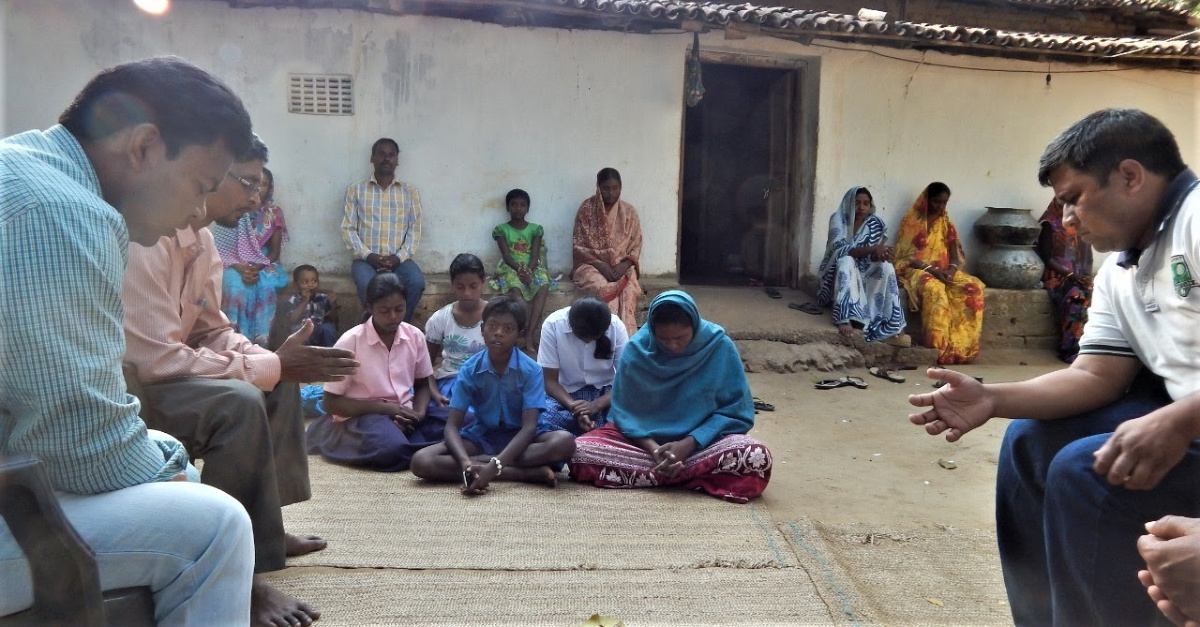 HYDERABAD, India, April 21, 2020 (Morning Star News) – A gunman at the door of a Christian family’s home in eastern India on Thursday (April 16) shot the daughter of a pastor who was killed in the same house five years ago, family members said.

Neelam Purty, 25, sustained bullet wounds in her thumb and thigh in the shooting she survived in Sandih village, near Binda village in Murhu Block, Jharkhand state, they said.

“Is this the house of the pastor who was killed?” one of two men asked family members at the door at about 8 p.m., according to Purty’s sister, Sharon Purty.

She said the men were trying to speak in the local Mundari dialect, but that it was clearly not their native language. They resorted to speaking Hindi, she said.

“That pastor was killed, but you did not learn a lesson,” the men said as they shouted at family members at the door, according to Sharon Purty, who said they added, “You have continued assembling in large numbers for Christian prayers. Where is the woman working as spy?”

The sisters’ mother told them that they were not spies and asked them to leave, Sharon Purty said.

“‘Call the woman out, or we will kill you,’ they threatened us,” she said.

One of the men, masked in black cloth, handed a pistol to the one standing behind him and told him to load it, Sharon Purty said. At that point she, her mother and younger brother were near the door.

“My sister, Neelam Purty, who was making the bed until then, also came to the front room wondering what we were still doing there,” she said. “The masked gunman pointed at her and screamed, ‘She is the one – she is the spy!’”

Their mother told him he was mistaken, that her daughter was a schoolteacher in Jamshedpur city. The family had moved out of the home in the village after pastor Chamu Hassa Purty was shot dead there in 2015, but on April 15 members returned from different schools and colleges that were shut down as the government announced that a lockdown due to the new coronavirus was extended to May 3.

Sharon Purty said her mother was pleading with the gunmen to leave when the masked one told the other to shoot.

“He fired at her – she was standing there with her hands straight, and the bullet pierced into her right thigh through her thumb,” Sharon Purty told Morning Star News. “Our father was shot to death in that same room. We cried for help, and both the gunmen got on a motorbike and sped away from there.”

Family members tied Neelam Purty’s thigh and hand with cloth to slow blood flow and, without any means of transport, obtained help from a church member to take her to Murhu police station on a motorbike, Sharon Purty said. Her wounded sister’s thigh bone fractured as they put her on the vehicle, she said.

A pastor with a car picked up Neelam Purty from Murhu police station and took her to Khunti Government Hospital, where doctors provided First Aid and referred her to the Rajendra Institute of Medical Sciences (RIMS) in Ranchi, she said.

RIMS doctors initially said she would undergo an operation on Sunday (April 19) but postponed it, leaving Neelam Purty’s mother, two younger sisters and a younger brother worried that the bullet was still in her, Sharon Purty said. Neelam Purty underwent an operation today (April 21).

Before Thursday night’s shooting, her younger brother had initially answered the door when one of the gunmen knocked and mimicked the voice of a grand-uncle, she said.

Seeing two strangers, one masked, the shocked brother ran to family members in the bedroom, Sharon Purty said. Her mother went to the door and asked the men what they wanted.

“My younger brother and I also went into our front room to check who the persons were and why had they come to our house,” Sharon Purty told Morning Star News, adding that when the men asked if this was the house of the pastor who was killed, the siblings figured they were from the same group that killed him.

“But we were too young back then and do not remember their faces now,” she said. “The two men were not very tall. They stood one behind the other. The one standing in the front, facing us directly, was wearing a worn-out jacket. His hair was long and dirty. He covered his face with a black cloth and looked like a criminal. But the one standing behind him had neatly tucked his shirt and looked like an educated, well-groomed person.”

Inspector Pappu Kumar Sharma of Murhu police station told Morning Star News that a case has been registered and that an investigation is underway.

“We will tell you when we catch the culprits,” he said. “Neelam Purty is responding well to the medical treatment offered at RIMS hospital. As it was a Sunday, the operation had to be postponed. She is under the observation of good doctors. They will conduct the operation soon.”

Shekhar told Morning Star News that police have three or four suspects based on leads they have received.

“There is no Naxal movement in this part [Binda village] of the state,” he said. “And there is no direct link of this incident with their father’s killing as of now, but we cannot rule out that possibility also.”

He noted that Neelam Purty has lived in Jamshedpur “for quite some time, and the incident occurred the very next day after she came to her village. We are questioning local gangs operating in that area, and also the family’s disputes with their extended family in the village, the call records of their family members and the call records of people residing in that area.”

An area pastor said the family needs to move to a safe, rented house in a secure area, which will be difficult to find amid the coronavirus lockdown.

Sharon Purty said police must arrest the assailants soon, “as they have seen our faces and recognize us – we feel very unsafe.”

Before her father was killed on Oct. 12, 2015, he had prayed for a sick boy in a nearby village and helped his parents admit him to a hospital, Sharon Purty said.

After coming home that night and going to bed by 10 p.m., there was a knock on the door at about 11 p.m., she said. Her mother got up and saw through a narrow window in the front room eight men who told her that a boy was sick and asked if Pastor Purty could pray for him.

“My dad woke up and asked for the boy’s address,” Sharon Purty said. “They gave the same address where my father just returned from after admitting him at the hospital. We had figured that they were following my father’s movements.”

When the men asked her mother to open the door and give them a drink of water, she told them to get water from the well and leave, Sharon Purty said.

“My father and mother came to the room where we were sleeping and told us that we should flee from the rear door,” she said. “As we were about to move, two of them held us and brought us back to the front room. They fired at my father many times and at walls also.

“After my father’s killing, we had moved out of our native village and rarely went there. It was because of the coronavirus lockdown that we had gone there to stay. In 2016, another pastor, Pastor John, who was a close aide to my father and had continued the ministry in the village after him, also was killed.”