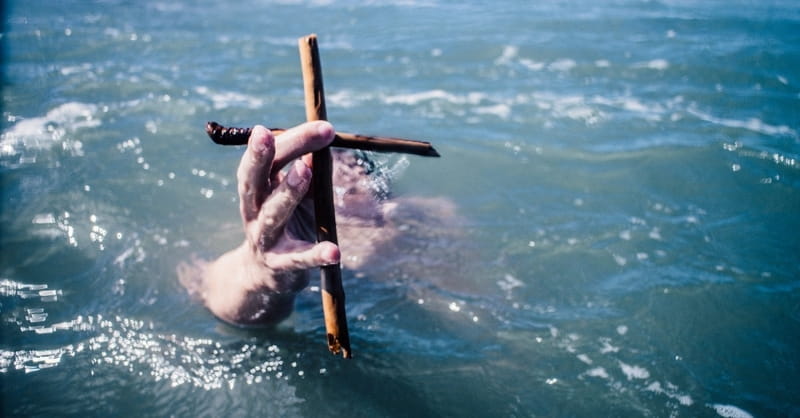 This weekend at Pirates Cove beach in California, author and megachurch Pastor Greg Laurie led the mass baptism of 550 people.

According to The Christian Post, Laurie and pastors from his church, Harvest Christian Fellowship in Riverside, were joined by pastors from nine other Southern California churches to baptize new believers on Saturday morning.

"Back over 40 years ago during the Jesus Movement, we used to do baptisms down at Pirates Cove beach. In fact, that is where I was baptized and my wife, Cathe, was baptized there as well," Laurie told The Christian Post. "It is a significant place, historically, for the Church because that was sort of the epicenter of the Jesus Revolution, as reported on by Time magazine and others. It was a phenomenon."

The baptism started at 10 a.m. and went on until noon.

This mass baptism comes weeks after Laurie's 29th annual, Southern California Harvest Crusade, where nearly 10,000 people dedicated their lives to Christ, and just days after Laurie’s new book, Jesus Revolution: How God Transformed an Unlikely Generation and How He Can Do It Again Today, was released. The book was co-authored by New York Times best-selling author Ellen Vaughn.

"Something that occurred to me as we were baptizing all those people is that if you want to see a revival, do revival-like things," Laurie explained. "This is what we used to do [in my generation]. We did big, giant public baptisms at the beach down there."

"It is sort of like if you are having trouble in your marriage, I might tell you to go back and do the romantic things you did in the beginning of your marriage. I would even say, 'don't wait for the feeling of romance. Just be romantic and the feelings will catch up,'" Laurie added. "I think in the Church, we overly mystify the word revival, and I think if you want to see a revival, do revival-like things. One of those things was large beach baptisms, another was openly proclaiming the Gospel, as we recently did at Angel Stadium."

Laurie noted that one of the participants in the baptism was a 17-year-old teen named Isaiah. Reportedly, Isaiah came up to Laurie and told him that he is currently re-reading Laurie's new book.

Laurie commented on this saying, "For him, he is experiencing this all for the first time and that is why I wrote the book. I actually wrote it for someone his age, not someone my age necessarily." Laurie continued, "I wanted to tell the story of what happened in my generation in hopes that it would happen in a future generation, specifically this young generation today."

Laurie has held mass baptisms in the past and reportedly told The Christian Post that he would like to make the Pirates Cove mass baptisms more of a regular event.

Laurie expressed interest to the news outlet in hosting the mass baptism the week after the SoCal Harvest event next year as it will be celebrating its 30th anniversary. Laurie said he hopes to have 1,000 plus people come to be baptized.