Good without God? More Americans Say Amen to That 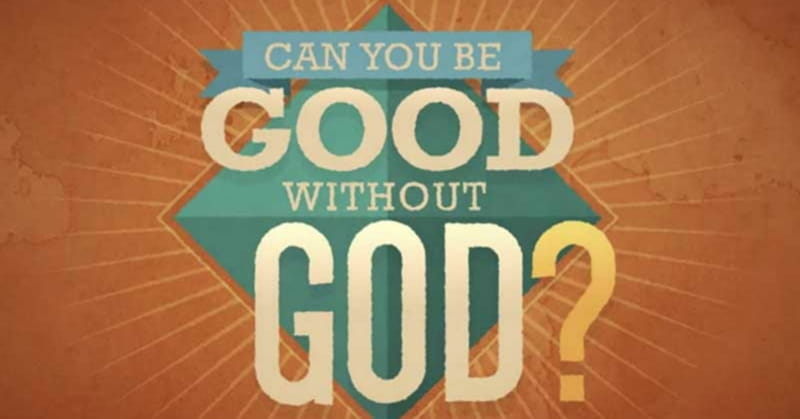 Good without God? More Americans Say Amen to That

For the first time, a majority of Americans — 56 percent — say it is possible to be a good person without a religious belief.

So says new Pew Research Center data drawn from two polls conducted among about 5,000 American adults in June and July.

“God is not a prerequisite for good values and morality,” Greg Smith, Pew’s associate director of research, said in a post about the findings. ” … [T]he public’s increased rejection of the idea that belief in God is necessary for morality is due, in large part, to the spike in the share of Americans who are religious ‘nones.'”

Nones now account for about one-quarter — 23 percent —  of American adults, up from 16 percent in 2007. But their growth is not the whole story behind the numbers.

In the current poll, Protestants and Catholics were also polled, and 45 percent of them agree that God is not necessary for personal morality, up from 42 percent in 2011.

Even white evangelicals, who traditionally believe a relationship with God is crucial to morality, have budged. In 2011, one quarter of them (26 percent) said it was possible to be good without God, while now almost a third (32 percent) say so.

The poll’s findings were published Monday (Oct. 16), four days before “Openly Secular Day” on Oct. 20, an event promoted by multiple organizations of atheists, humanists, agnostics and other secular individuals to highlight their lack of religious beliefs.

Hemant Mehta, who wrote about the poll on his Friendly Atheist blog, attributes the bump to the “coming out” of nonreligious people, including celebrities and friends and family members.

“It’s getting to the point where even devoutly religious people know somebody who’s an atheist,” he said in an email.

“Just as we saw with the LGBTQ movement, it becomes a lot harder for religious people to demonize us when they know us, and knowing us poses a direct challenge to the absurd idea that people can’t be good without God.”