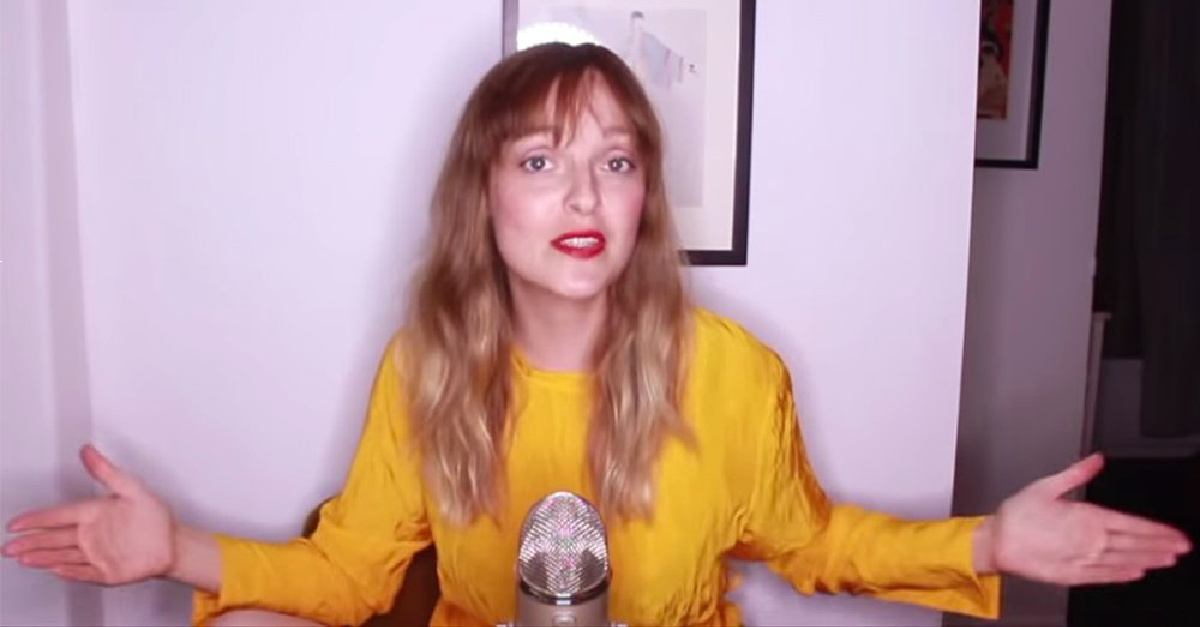 (RNS) — Brenda Davies, host of the popular “God is Grey” Youtube channel and podcast, received a cease and desist letter earlier this month from the lawyers of Isaac and Angie Tolpin of Courageous Parenting ministries, in response to mention of the Tolpins in a video discussion about Christian parenting.

In the May 18 video, “We Did It Out of Love,” which has garnered more than 270,000 views on Youtube, Davies interviewed Stelle Jacobson, daughter of Christian author Matt Jacobson, about her father’s promotion of corporal punishment.

Matt Jacobson has co-written several Christian parenting books with his wife, Lisa Jacobson, including “100 Ways to Love Your Son” and “100 Ways to Love Your Daughter.” Jacobson also founded FaithfulMan.com, whose About page calls followers to win “the war on everything good and true regarding biblical marriage and family." The website's articles cover topics such as why Christian kids should save kissing for marriage.

In the video, Stelle Jacobson described her father’s corporal punishment as abusive and said the abuse has resulted in her feeling unsafe around men.

“Basically the theory is if it doesn’t hurt enough — if you don’t hurt your child enough, they won’t repent," she said during the video.

Matt Jacobson did not respond to request for comment.

The video linked Matt Jacobson’s teaching about corporal punishment with theological commitments to purity and female submission, commitments the video says are also shared by the Christian couples Jacobson has mentored, including the Tolpins, whose online ministry gives guidance for Christian parents.

Davies later made a correction to the video, which said: "I may have misspoke & this couple is not mentored by Matt but within the church community."

“This is not an accusation of physical abuse by any of the aforementioned couples that Matt Jacobson mentors,” Davies said in the video. “But that the lessons of female submission, unquestioned male authority and gender hierarchy create a culture that can invite emotional and spiritual manipulation.”

The other couples named in the video were Audrey and Jeremy Roloff, who starred in the TLC hit series “Little People, Big World"; Dale and Veronica Partridge of Relearn house church ministry; and Jennifer and Aaron Smith, creators of the Marriage After God website, podcast and book. Together with the Tolpins, these Christian couples boast a total of over  2.4 million followers on Instagram.

The Patridges and Roloffs did not respond to requests for comment.

The dustup is the latest in a world of evangelical Christian influencers who have exerted a pull once reserved for pastors. These Christian personalities may lack seminary degrees, but their marriage and parenting ministries have significant influence.

The Tolpins’ letter, dated July 13, asserts claims of copyright infringement, defamation and invasion of privacy against Davies and demands that Davies remove all references to the Tolpins from social media and publicly retract statements that negatively characterized the Tolpins. The letter also demands $20,000 in attorney’s fees.

“Our clients have never adopted any part of the Jacobsons’ parenting or marriage philosophy. And they certainly did not have any firsthand knowledge of any child abuse or neglect at the hand of these individuals,” the letter says.

According to the letter, the video named the Tolpins 13 times and has led to a 15-35% drop in the Tolpins' business revenue.

“We stand by the fact that we were falsely implicated in child abuse (and other defamatory statements) and that our family and ministry were cast in a false and negative light by the reckless actions of Ms. Davies,” the Tolpins' lawyer said in an email. “Furthermore, she used copyright-protected materials in an illegal manner and is liable for other claims as well.  She not only damaged our family and ministry but her actions are now causing our children to be cyber-bullied by her 'followers.'”

The cease and desist letter followed a public letter the Tolpins released on May 23, which called out the “blatant lies” Davies included about the Tolpins in her video. Both letters were supplied to RNS by Davies.

Dale and Veronica Partridge also published a public letter on May 21 that criticized the God is Grey video for using images and video clips without permission and for insinuating that the Partridges are abusive parents.

In an interview with Religion News Service, Davies said she does not intend to take the video down, in part because her platform is about calling out the "toxic doctrine" found in the "black and white theologies" of evangelicalism.

Davies said she included the aforementioned couples in the video because they are all connected to the home church network that Stelle was raised in, and they each use their public platforms to promote harmful theology.

"I’ve never said these people are bad parents or people. I never said they are not good Christians," said Davies. "I am saying that the doctrines they openly promote on their socials have hurt people. Have hurt me. Have hurt Stelle. And they have the potential to hurt more people if they continue to go unquestioned."

This story was updated to reflect a correction made by Davies to the video regarding the Tolpins' relationship to the Jacobsons and to note the Tolpins responded to RNS via their lawyer.