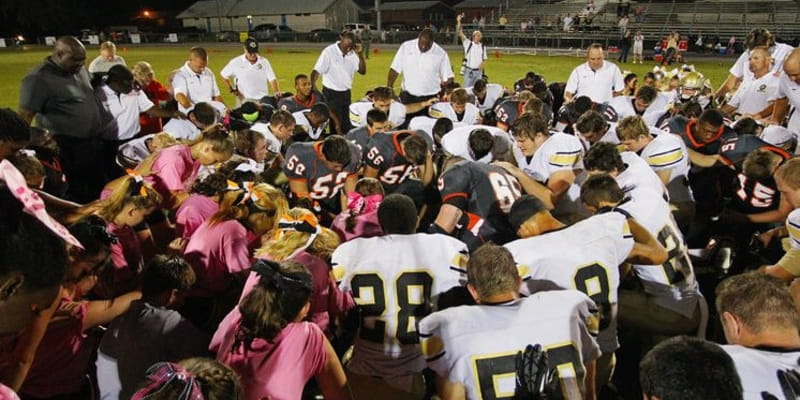 A Georgia school district will be forced to pay the American Humanist Association $22,500 over allegations that local high school coaches led their teams in prayer before practices and games. The Christian Post reports that the Hall County School District of Gainesville, Georgia will use its insurance to foot the bill.

According to the lawsuit, coaches at Chestatee High School and North Hall High School prayed with student athletes and used scripture verses in team materials. North Hall football coaches allowed a banner with scripture on it to be used at a game, while the Chestatee marching band director allowed students to elect student chaplains.

The American Humanist Association (AHA) sent letters of warning, then filed suit against the district. The case was reportedly settled out of court, but the district is now responsible for the payment of the AHA’s legal fees.

District Superintendent William Schofield said that the district did not violate any state or federal laws, but would by training its employees regarding religion in the public school setting.

AHA Executive Director Roy Speckhardt celebrated the settlement, saying it was a major "victory for the separation of church and state."

"When public schools remain secular, they uphold the rights of all students to learn, free from unnecessary religious intrusion," Speckhardt said.