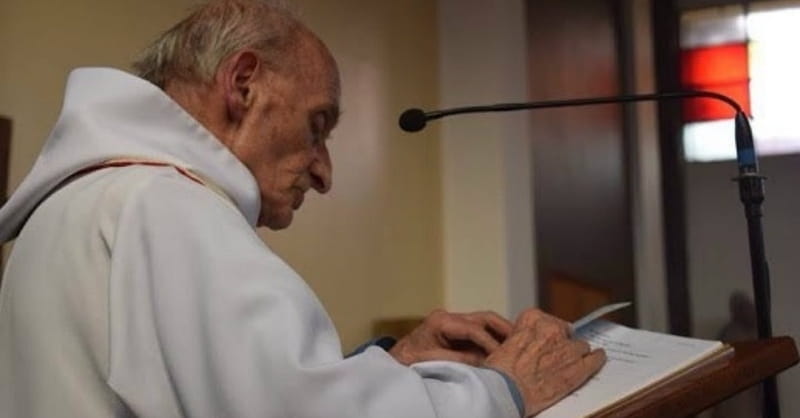 Muslims joined together in churches across France for a Catholic Mass on Sunday to show support after the killing of a priest.

A nun from the church of the Saint-Etienne-du-Rouvray was also taken hostage during the attack.

“We are very moved by the presence of our Muslim friends and I believe it is a courageous act that they did by coming to us,” Dominique Lebrun, the archbishop of Rouen, said after the Mass.

Outside the church, a group of Muslims held up a banner that read: “Love for all. Hate for none.”

“Today we wanted to show physically, by kissing the family of Jacques Hamel, by kissing His Grace Lebrun in front of everybody, so they know that the two communities are united,” said Mohammed Karabila, president of Saint-Etienne-du-Rouvray Mosque.

Muslims also held Mass in Paris and in Nice, where more than 80 people were killed by a truck driver loyal to the Islamic State a couple weeks ago.

French Muslims also held vigils for the priest and held a “brotherhood march,” holding banners that read, “This is not a religious war” and “We are all brothers and sisters.”