Forced into Payment Settlement, Christians Acquitted of 2015 Murders in Pakistan 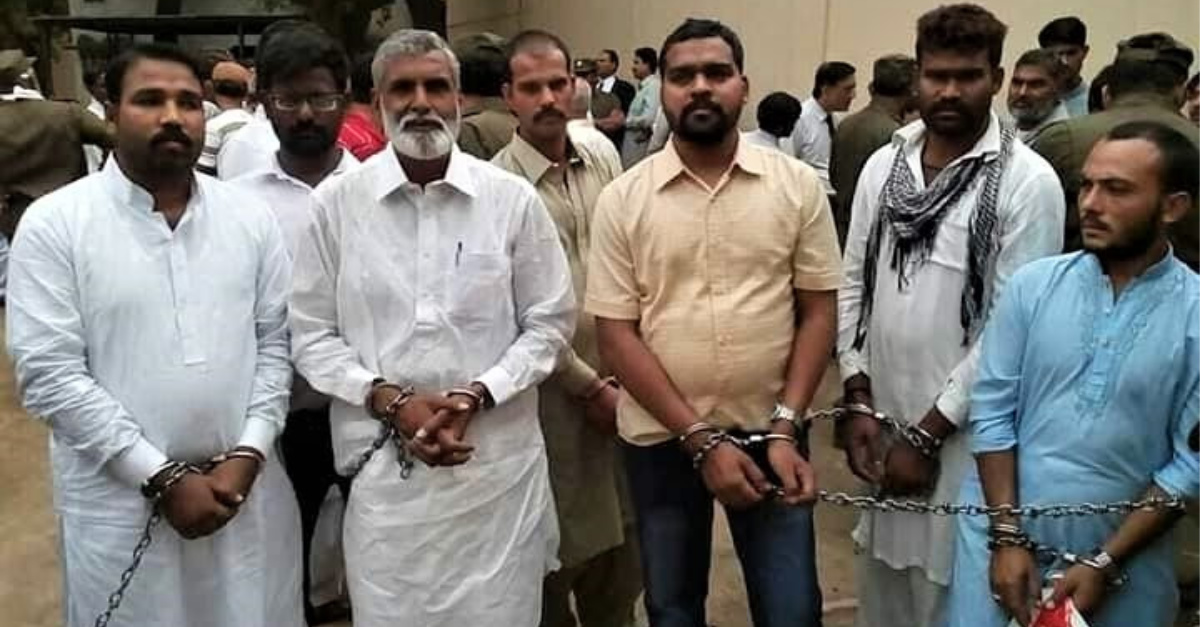 Forced into Payment Settlement, Christians Acquitted of 2015 Murders in Pakistan

An anti-terrorism court (ATC) on Wednesday (Jan. 29), acquitted all 39 Christians and one Muslim accused in the killings that took place after Taliban suicide bombers attacked two churches in March 2015, killing at least 15 civilians and two policemen and wounding more than 70 others in the Youhanabad area of Lahore.

“The five years that I spent in jail cannot be described in words – there were times when I had lost hope of seeing my family,” Irfan Bashir Masih, one of the acquitted, told Morning Star News. “I was not even present at the scene when the two Muslim youths were burned alive, yet I was involved in the case by the police like many other innocent people of my locality.”

He said that the acquittals in the “false case” had reinforced his faith in Christ.

“I belong to a very poor family and had no hope of being with them again,” he said. “I am happy that I’m back with my family and look forward to starting my life afresh.”

The Anti-Terrorism Court in 2016 indicted 42 people – all of them already in jail – in three cases, two pertaining to rioting and the third to murder of the two Muslim men. Two of the accused Christians died in prison, allegedly due to lack of access to medical treatment. The other living suspect acquitted under the settlement is a Muslim, Muhammad Rizwan, arrested only because he appeared in the crowd during the rioting.

The ATC acquitted the accused, including those who died, after some of the slain Muslims’ relatives, Muhammad Nawaz, Khadija Bibi and Muhammad Iqbal, told the court they had arrived at an agreement with the suspects and would have no objections to their acquittal.

Sources told Morning Star News that under the settlement the Muslim families received 30 million rupees (US$193,500).

Christian parliamentarian Shunila Ruth told Morning Star News that the Diyat or “blood money” was paid by donations from churches and Christian philanthropists.

“The cases were going nowhere,” Ruth said, noting that the payment did not mean the suspects were guilty. “Families of the accused Christians were suffering as their breadwinners were in jail, so we had no option but to pay off the families of the two Muslims.”

The settlement was facilitated by the efforts of the Pakistan Tehreek-e-Insaf (PTI) government, she said.

“The case had been a major source of concern for Pakistan’s Christian community,” Ruth said. “The entire community had been praying for the release of the Christians accused in the case, and it is due to collective efforts of the community and the government’s facilitation that we were able to secure freedom for our brothers.”

In the two charges of rioting against the accused, the court acquitted the Christians by giving them benefit of the doubt, according to legal records.

Pakistan ranked fifth on Christian support organization Open Doors' 2020 World Watch list of the 50 countries where it is most difficult to be a Christian. On Nov. 28, 2018, the United States added Pakistan to its blacklist of countries that violate religious freedom.