'God's Going to Take Care of My Son': Father of 19-Year-Old Believed to Be Killed in 'CHOP' Gives Heartbreaking Interview 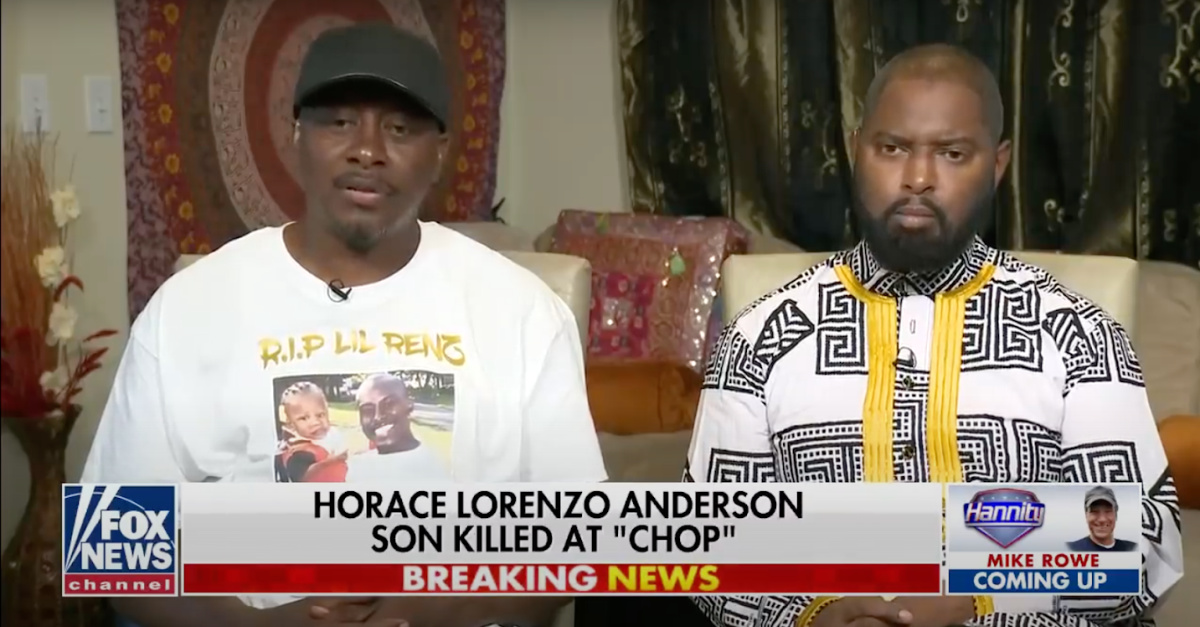 'God's Going to Take Care of My Son': Father of 19-Year-Old Believed to Be Killed in 'CHOP' Gives Heartbreaking Interview

The father of a 19-year-old man killed in Seattle’s “Capitol Hill Organized Protest” (CHOP) zone says he doesn’t know what happened to his son, but that he is trusting God.

“Somebody’s kids did that to my son,” Anderson said. “I wouldn’t wish that on nobody else’s kid. I’m being a Christian in my heart … ‘Lord, just bless me so I can be strong.’

Horace Lorenzo Anderson was talking with Fox News about the CHOP zone, an area in Seattle where police are not patrolling and protestors are governing the zone.

According to Faithwire, Anderson’s son, also named Horace, was killed in the area, but Anderson said authorities have not contacted him to tell him what happened.

“I’m numb; I’m still numb today,” Anderson said in an interview Wednesday with Fox News’ Sean Hannity. “I got to bury my son tomorrow. It’s just been a lot going on.”

The roughly six-block area in Seattle was first called the Capitol Hill Autonomous Zone. The area became police-free after officers left the area in front of the Seattle Police Department’s East Precinct. Protestors and police had been clashing with one another for days before police left.

According to the Daily Mail, the area has seen a 525 percent increase in crime in about three weeks. Mayor Jenny Durkan announced last week that CHOP would be shut down.

Anderson said he looked for a week for his son before a Seattle hospital told him that his son was dead.

“I understand Black Lives Matter and everything that’s going on,” he told the Fox News host, “but that’s not my movement right now. My movement is let ‘em know: that was my son. Horace Lorenzo Anderson was my son.”

“I’m not with all this whatever is going on — none of that,” Anderson added. “I don’t know nothin’ about that. All I know is this was my son, and I love him. This is incredible. That should have been gone a long time ago.”