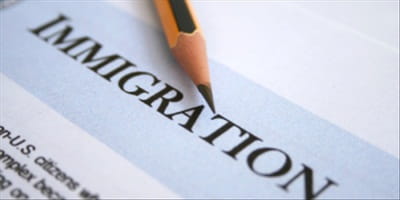 (RNS) -- During the last attempt to overhaul the nation’s immigration laws in 2007, the Southern Baptist Convention never fully embraced a bipartisan bill that died in the face of conservative opposition.

But in a sign of how differently the 2013 immigration debate is playing out, the convention is joining other evangelical organizations in a $250,000 media blitz to push members of Congress to pass a bill.

The ad buy will feature radio ads and billboards in 13 states featuring pastors urging people to support the ongoing efforts in Congress to pass an immigration bill that would allow the nation’s 11 million unauthorized immigrants to apply for U.S. citizenship, strengthen border security and revamp the legal immigration system.

Russell Moore, the new head of the Southern Baptists’ Ethics and Religious Liberty Commission, said evangelicals are more aggressive this time around because more immigrants have joined their congregations, giving members a better understanding of who they are.

And he said it reflects a broader acceptance of granting citizenship to unauthorized immigrants among conservative Americans that should be embraced by Republican critics in Congress.

“Our involvement signals the fact that we don’t see this as a blue state, red state, culture war question,” Moore said. “When you have people of courage and goodwill, such as Sen. Marco Rubio, R-Fla., who is heroically working to craft legislation that is fair and just, I think it’s very difficult to pigeonhole this into the easy left-right categories we’re accustomed to.”

Despite the push by the evangelical leaders, many conservatives remain opposed to overhaul efforts.

NumbersUSA, a group that helped kill the 2007 bill, remains strongly opposed to the Gang of Eight bill and is also using large media campaigns to get out its voice. Last week, the group unveiled what it calls the first wave in a series of TV and radio ads opposing the bill in 18 states.

Roy Beck, who heads NumbersUSA, said the efforts by the evangelical leaders do not represent a cultural shift among conservatives. He said the leaders are not in tune with their clergy, who remain strongly opposed to granting “amnesty.”

“What this shows is a few of them getting together and finding some money,” Beck said.

And while the evangelical leaders are encouraging people to support an immigration overhaul partly out of a moral obligation to help unauthorized immigrants, Beck said that guidance is misdirected.

“They’re looking at the illegal aliens and saying, ‘We want to feel compassion,’” Beck said. “But they’re not offering one bit of compassion to the 20 million Americans who are unemployed. It’s not moral leadership to do that.”