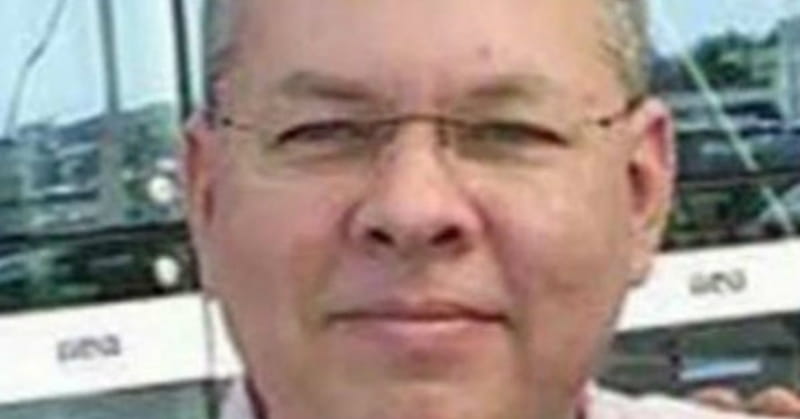 Evangelical leaders are praising President Trump for pressing for the release of American pastor Andrew Brunson during Trump’s meeting this week with the Turkish president.

“This shows the clear and open lines of communication between evangelicals and this White House,” said Johnnie Moore, an author and advocate for persecuted Christians.

Brunson, a North Carolina native, has been detained in Turkey since October.

“Not only were we able to make the President and Vice President aware that this was a priority of ours, we were pleased that they shared our concern and acted upon it,” said Moore, author of “Defying ISIS: Preserving Christianity in the Place of Its Birth and in Your Own Backyard,” in a statement to RNS.

The White House stated that Trump on Tuesday (May 16), in a meeting with Turkish President Recep Tayyip Erdogan, “asked that the Turkish Government expeditiously return him to the United States.”

Officials in Turkey, which is 99 percent Muslim, have cracked down on opponents and perceived opponents — including some American Protestants — since a failed July coup.

A minister of the Evangelical Presbyterian Church, Brunson was originally detained in the coastal town of Izmir, where he had lived for two decades, and was later transferred to a prison. The American Center for Law and Justice, a conservative Christian law firm working for Brunson’s release, said he has been falsely charged with “membership in an armed terrorist organization.”

The Turkish president reiterated Tuesday that he believes that organization, identified by Turkish media as a network of U.S.-based Islamic cleric Fethullah Gulen, was involved in the attempted coup. Gulen has rejected those claims.

A Turkish Protestant official said there is no connection between Brunson and the organization, Slate reported.

Jay Sekulow, chief counsel of the ACLJ, discussed Brunson’s case with Trump at a White House meeting days before the president’s meeting with Erdogan.

He called the White House’s attention to the case “a major sign of significant progress toward bringing Pastor Andrew home.”

The European Centre for Law and Justice, a partner of the ACLJ, previously petitioned the United Nations to intervene for the pastor, saying Turkey was violating its constitution and the U.N. Charter.

U.S. Secretary of State Rex Tillerson met with Brunson’s wife in March when he visited the Turkish capital of Ankara, and a State Department spokesman said in April it had called on Turkey to “resolve his case in a timely and fair manner.”