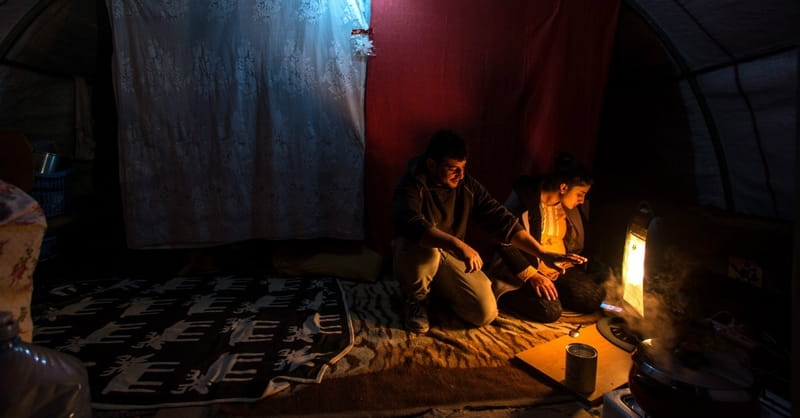 The liberation of Mosul came after nine hard months of fighting and three brutish years of occupation. All eyes have fixated on this noteworthy event; however, just south in Baghdad, eight churches have been closed due to the significant loss of the Christian populace.

The eight Baghdad churches were closed in May of 2017, after nearly seven years of low to no attendance. After the regional Catholic Church authority visited the churches, the Vatican decided that it was best to close the doors for good. While this makes logistical sense, it represents a symbolic defeat for the Church in the capital of Iraq.

Christianity was once an integral part of the multifaceted religious fabric of Iraq. At the beginning of the 21st century, Christians made up 10% of the total population. The recent history of Iraq, however, reflects a steady stream of repression, conflict, displacement, and persecution.

"Christian immigration passed through three main stages," a former resident of Baghdad told International Christian Concern (ICC). "The first was from 2005-2007, [the] second was in 2010 when some extremists attacked [a] church during Sunday mass and the third stage was in 2014 when ISIS attacked [the] Nineveh Plain."

Christians in Baghdad were distributed within different neighborhoods under Saddam Hussein, some more homogeneous than others. Sectarian conflict and threats began in 2005. At first, the conflicts existed primarily between Sunni and Shia groups, but later, Sunni extremists started threatening Christian populations as well.

It was commonplace for Christians to receive envelopes containing bullets and a threat from nearby extremists. Messages promising bloodshed and death drove thousands of Christians from their homes in these neighborhoods.

"In early 2006, we forcibly left our house because we got an envelope tell[ing] us, 'You have to leave within 48 hours, all you have to take is your clothes, if you t[ake] anything else we will kill you,'" Seza, another former Baghdad resident, told ICC. "Still I have the envelope and the three bullets we received from the gang."

Seza further explained how she and her husband learned that their neighbor of three years had been involved in their displacement.

Baghdad during these years fell into a state of religious and tribal warfare. Shia versus Sunni versus Christian. Shia and Sunni gangs used the country's crisis to try and gain more influence and territory. Christians, being mostly unarmed, were easy targets for such gangs. With no help from a crumbling government, they had no choice but to flee their homes. To put this in perspective, between the years of 2003 and 2007, 40% of refugees fleeing Iraq were of the Christian faith.

"I used to see dead bodies for unknown people every day when I come back from work; our sons used to sleep at their friends' or relatives' houses sometimes because, in 2005, if time passed 6:00 p.m. most probably you will be killed if you come to our house or, if you are lucky, you will find the road blocked, anyway," Sargon, an Iraqi Christian told ICC.

"A check point for Islamic extremists [was] established 20 meters from our house in January 2006," Sargon continued. "A week later, they connected an explosive device to our external door.The next morning, my wife was getting out to purchase some vegetables and an explosion took place. The explosion wasn't too huge, but it was enough to kill the one who open[ed] the door; it's good my wife [is] still beside me."

After the attack on their home, Sargon and his family split up and lived with friends and relatives in the city. According to him, explosive devices were a common intimidation tactic used against religious minorities. He and his family were fortunate to survive such an attack.

The next exodus of Christians was in 2010 following a terrorist attack at the Sayedat al-najat Syriac Catholic Church in Baghdad. Six suicide jihadists stormed the Sunday evening mass and began killing worshippers. When Iraqi security forces finally arrived hours later, the men detonated their vests, killing 58 Christians, and wounding 78 more.

"We've lost part of our soul," Rudy Khalid, age 16, told the New York Times at the time. "Our destiny, no one knows what to say of it."

At the time of the attack, many questioned the future of Christianity in Iraq, much like they do today. When asked if they would stay, one Christian responded, "Why? That's no question to ask. Everyone wants to leave for one reason: to protect ourselves and to keep our sanity."

Still, Christianity did not disappear in 2010.

The third and most recent mass migration of Christians from Iraq came with the rise of ISIS in 2014. The crimes committed against Christians and other minorities were labeled genocidal by both Congress and the State Department. Once again, Christian communities were uprooted and displaced.

Now, in 2017, the Christian population in Iraq is just a fraction of what it used to be. So much so that eight churches have been closed down in Baghdad, relics of a community since departed. It's important to recognize that ISIS is not solely responsible for this. Christians have faced various forms of persecution and discrimination from a wide variety of perpetrators throughout the past 15 years.

As one of the birthplaces of the religion itself, it's hard to imagine the Church disappearing from Iraq, but once again, religious leaders fear this may be the case.

"We are suffering now a lot to rebuild [the] local Christian community," an Anglican priest told ICC.

From a humanitarian perspective, there is only so much we can do to help. For the 230,000 Christians remaining in Iraq, we must continue to pray and support them. It will take time and hard work to rebuild lives after years of occupation and devastation. Thankfully, we know the Lord works in times such as these. Who's to say that the Church in Iraq won't see spectacular growth in the years to come? The future of the Iraqi Church may not come from its rich religious history, but rather a new congregation of converts.