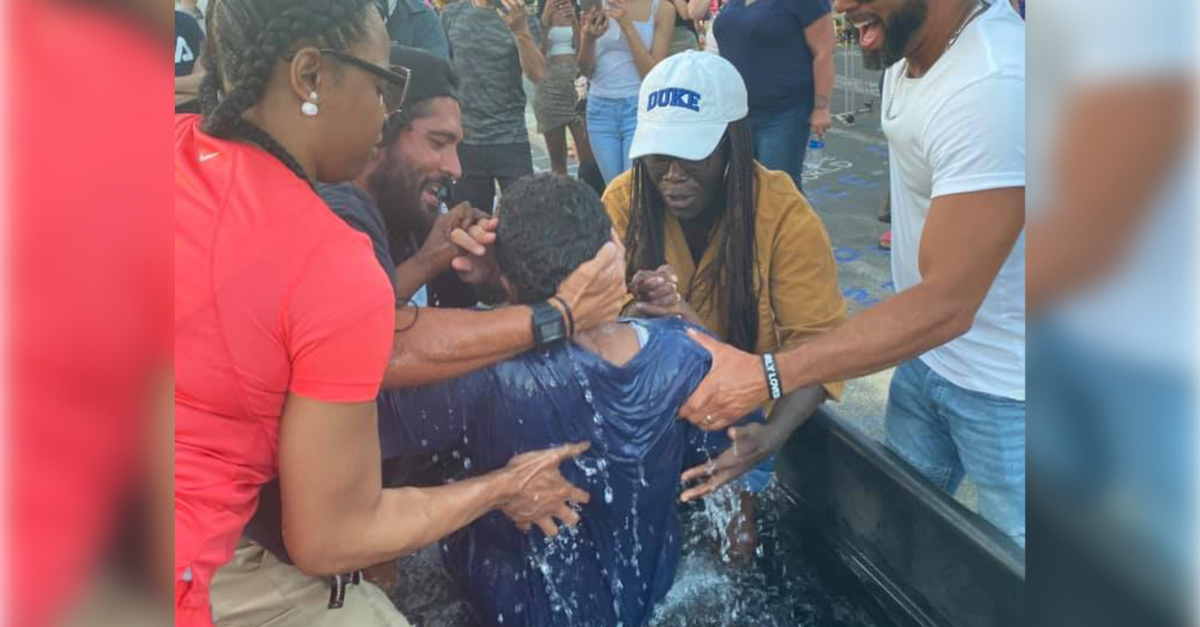 The street in Minneapolis where George Floyd died in police-custody has become a place of baptism and prayer.

According to CBN News, people have posted images and videos of Christians gathering near the site, worshiping and praying.

Joel Bomberger, a preacher with Circuit Riders, posted a photo of a baptism “right at the corner of where George Floyd was killed,” he wrote in a Facebook post.

Floyd was a black man who died after Minneapolis police officer Derek Chauvin detained him and pressed his knee into Floyd’s neck for several minutes. Floyd fell unconscious and later died.

Bomberger said people have been impacted by the prayers and worship in the city.

"A team of our Circuit Riders went to Minneapolis to hold open-air preaching of Jesus and healing calls at the intersection where George Floyd was killed," Bomberger said. "There are too many testimonies to recount!! They were able to preach to thousands and saw hundreds responding to the Gospel of Jesus!!"

He also reports, "Dozens and dozens of people healed, filled with hope, changed, and born again by the power of Jesus this weekend in Minneapolis!"

"Just got a text that a deaf ear was just opened by the power of Jesus! Praise God!" Bomberger said.

Other ministries, including Youth With a Mission and Worldwide Outreach for Christ, have been holding daily services at the Minneapolis site.

“We need to show that we can affect positive change," he added. "You have a voice and you can go to the nations. You can carry this on. We’re empowering them to be carriers of hope."

Ulysse said it’s a “historic moment” for the world.

"The pain went to the nation and now the globe," he concluded, "but we believe that healing is now going out from the intersection to the nations and the globe."