Donald Trump Names Gov. Nikki Haley as US Ambassador to the UN 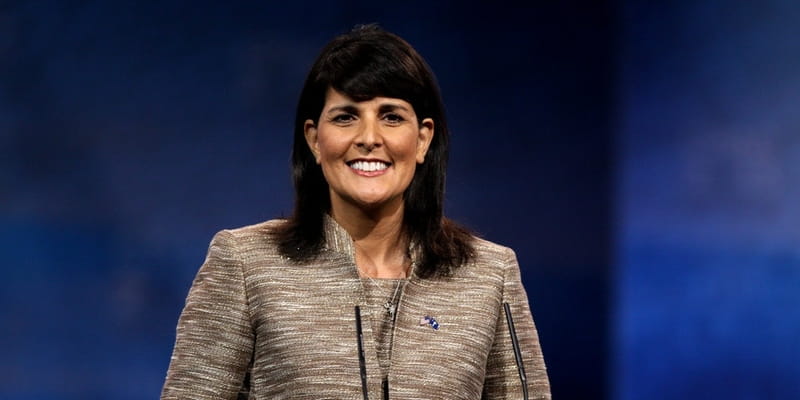 Donald Trump Names Gov. Nikki Haley as US Ambassador to the UN

CNN reports Haley is the daughter of Indian immigrants. She became South Carolina’s first female and first minority governor in 2011.

Haley accepted the offer, saying she felt a “sense of duty” to fill the position.

"When the President believes you have a major contribution to make to the welfare of our nation, and to our nation's standing in the world, that is a calling that is important to heed. The second is a satisfaction with all that we have achieved in our state in the last six years and the knowledge that we are on a very strong footing,” Haley said in a statement.

She continued, "We still have much to do in South Carolina, and my commitment to the people of our state will always remain unbreakable, both while I continue to hold this office, and thereafter.”

Trump and Haley have a complicated relationship, as the Governor previously endorsed Sen. Ted Cruz as her choice for Republican presidential nominee.

In February, Haley public denounced Trump as “everything a governor doesn’t want in a president.”

Trump fired back in March via Twitter: “The people of South Carolina are embarrassed by Nikki Haley.”

It seems that the two have settled their differences. Wisconsin Rep. Sean Duffy responded to the decision, “I think it's quite remarkable that he's looking for talent and not trying to settle old scores.”