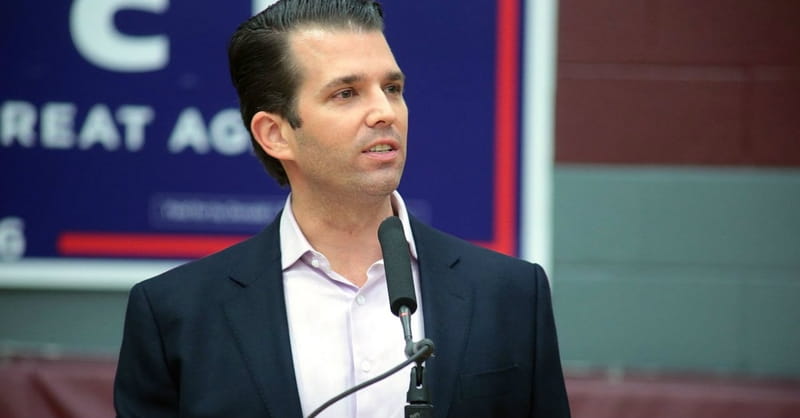 “I never had any damaging or sensitive information about Hillary Clinton. It was never my intention to have that,” Veselnitskaya said.

The Russian lawyer said she met with Trump Jr. in 2016 to discuss sanctions between Russian and the United States, but Trump Jr. admitted Sunday that the meeting was meant to exchange information on Clinton.

Trump Jr.’s admission came after a New York Times story showed the president’s son was told in an email before the meeting that Veselnitskaya had information that was part of a Russian government effort to help Trump secure the presidency.

After the story, Trump Jr. tweeted the email chain showing his plans to meet with her. He said he was releasing the emails “to be totally transparent,” but an editor at The New York Times said the emails were made public after the paper told him they were publishing the story.

In the emails, music publicist Rob Goldstone tells Trump Jr. that Veselnitskaya had information that “would incriminate Hillary” and “would be very useful to your father.”

Veselnitskaya, however, told NBC News, that she doesn’t have any connection to the Russian government. Kremlin officials have also said they are unfamiliar with the attorney.

"I never asked anybody for a particular meeting with Mr. Donald Trump Jr., or with anybody else," she said.

The news, however, is being called a “game-changer” for President Trump and the investigation into Russia’s involvement in the election.

Rick Klein, political director for ABC News, says in an analysis that Trump Jr.’s involvement has just called more attention to a potential scandal that the president wants over with.

“What makes this revelation a potential game-changer is the explicit nature of the exchange and how it seems to confirm conversations that were, until now, just suspicions.

“The documents figure to turbocharge the investigations on Capitol Hill and the special counsel’s office, with a raft of new questions for members of President Trump’s family and innermost circle,” he added.