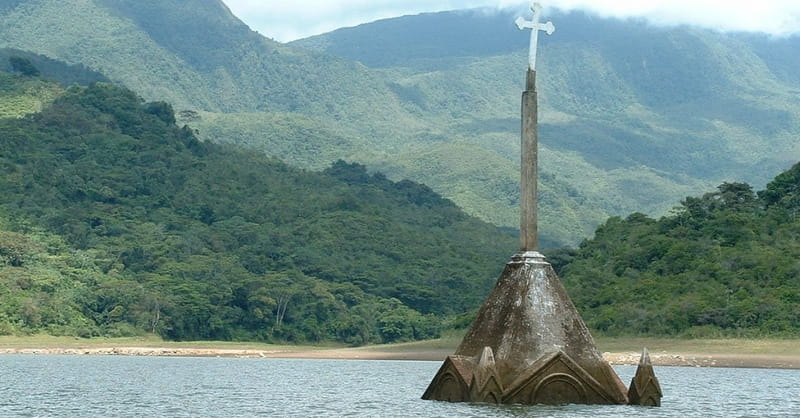 Construction of the first-ever underwater Orthodox church has begun off the Crimean coast.

According to Christian Today, Archimandrite Tikhon has authorized the project and hopes it will become a tourist attraction. Tikhon is an avid diver himself and has recruited the support of the ‘Mother of the Beaver’ diving club in Sevastopol, as well as the Night Wolves motorcycle gang.

Both groups are helping with the project.

The church will be built around 20 meters under the water, 100 meters off the coast of Cape Fiolent which is near Sevastopol.

A three-meter tall cross with an anchor design has already been erected underneath the waves and is the first piece of the church in place.

Divers also plan to install a table and massive concrete candle holders before the summer diving season comes to an end.

“Inside there will be images, icons--everything that you would find in a church,” Tikhon stated.

Christian Today reports that Tikhon also wants the unique church to feature relics from the Crimean War, famed for the Charge of the Light Brigade.

The church will be named after St. Nicholas who is the patron saint of sailors.