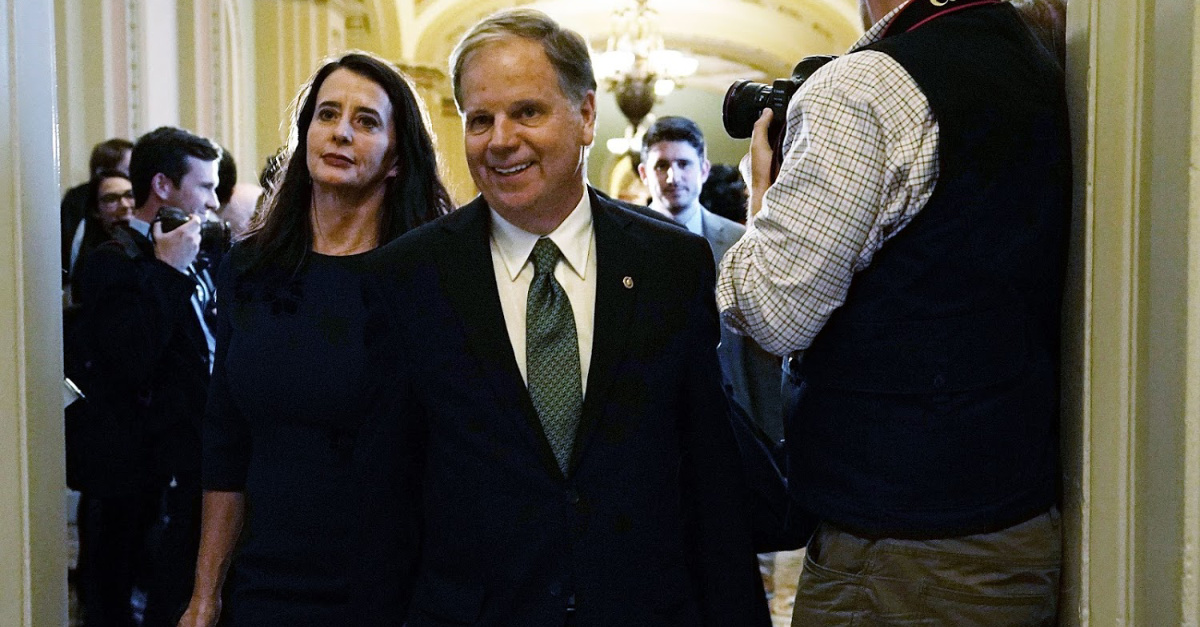 Sen. Doug Jones, a Democrat, says he isn’t sure how he will vote on the possible Senate impeachment of President Donald Trump.

According to USA Today, Jones said he has taken some 240 pages of notes during the trial.

"He did make some good points on a couple of things on factual issues that I've got concerns about, especially with regard to Article II," Jones said of the arguments made by Alan Dershowitz, a member of Trump's counsel defending him during the trial.

Jones says that while Dershowitz’s arguments against Article II were sound, he is not sold on the president’s counsel’s argument on Article I.

"And Article I, they're focusing solely on the (July 25th call) transcript and there's so much more to the story than the transcript, and they continue to talk about cross-examination of witnesses but yet they continue to block witnesses that have first-hand knowledge. That's disingenuous,” the Senator asserted.

According to USA Today, Jones says he is trying to view each article separately.

"My training as a judge is saying, each count stands on its own. And that's how I'm trying to continue to look at this.

"I ask myself a lot of questions and I'll go back, I'll argue with myself a lot tonight," he said with a smile. "It's the way I do things."

To impeach President Trump, the Senate needs a supermajority of 67 senators. Political experts say it’s unlikely that there will be enough votes to impeach the President in the Senate.

While Jones’ vote may not matter in the impeachment trial, his vote may affect a possible next term in his Senate office.

In 2017, Jones won the Alabama Senate seat over Roy Moore, who had been accused of sexual assault. With his win, Jones became the first Democratic senator to represent the southern state in 25 years.

A vote in the Senate could happen as early as this week or early next week.