Could Getting Better Sleep Help You Hear from God More? This Author Says Yes 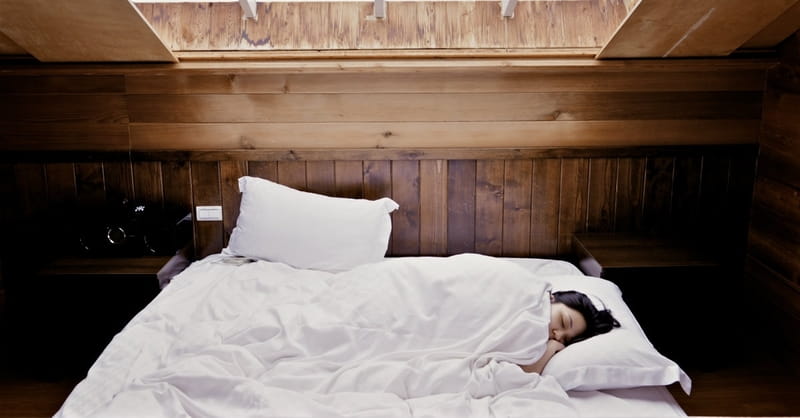 Could Getting Better Sleep Help You Hear from God More? This Author Says Yes

Author Faith Blatchford says in her new book, Winning the Battle for the Night: God’s Plan for Sleep, Dreams, and Revelation, that Christians can hear more from God with more sleep.

“I think this mindset that people have that 'God doesn't [speak in dreams], that it's scary, it's heretical, it's not safe...what we've done is that we've muzzled God but we have not dealt with the fact that if there is a spirit world and that we are not just mind and body, but we're mind, body, and spirit," Blatchford said.

Blatchford says she hopes to be “God’s sleep ambassador” in her new book and help the million of people who struggle with sleep deprivation and sleep disorders. She, too, was one of them.

"My motto was: Sleep is highly overrated. I had so many things I wanted to do and it just seemed to be like a waste of time to do nothing for eight hours at night. And so, I would do as little sleeping as humanly possible and really took pride in that," Blatchford recounted.

But Blatchford said she wanted to dream and hear from God, launching the idea for her book.

Her book details the medical benefits of sleep and biblical instances where God spoke to people through dreams.

She also writes about how Abraham Lincoln dreamed about his own assassination days before it actually happened.

"What if [Lincoln] had actually believed that God still warned people in dreams like God warned Joseph?"Blatchford said.

Blatchford said she hopes her book resonates with people who are struggling with anxiety or other trials because of their sleep problems.

"No matter what one has experienced or is experiencing, He is the God of hope," Blatchford said. "The end of [Job's] story was restoration. And that if God is the one who gives us sleep, then He is the one who is able to bring healing to all the negative things that have happened in our body because of lack of sleep."