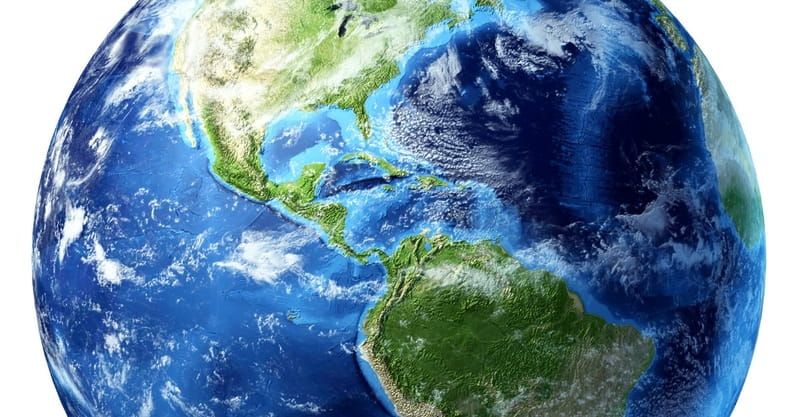 Astronomers have discovered a star about 40 light-years—235 trillion miles—from Earth, with seven Earth-sized planets orbiting it. Three of those planets are in the habitable zone, the area that could make them hospitable for life.

When NASA announced the discovery Feb. 22, science news headlines exploded with hope that the discovery eventually will lead to alien life. But Christian experts warn scientists have little evidence on which to found such expectations.

For quite some time, astronomers believed there must be other planets orbiting the vast array of stars in the universe, but they weren't able to find any until about 20 years ago. Now, they have identified well over 3,000, and their discoveries have led scientists on an eager search to prove we are not alone in the universe.

Most evolutionary scientists believe life arises whenever conditions are conducive for it, so finding three potentially habitable planets close to our solar system is big news for them, astronomer Danny Faulkner explained in an Answers In Genesis video. They have a vested interest in finding life on other planets because if they don’t, they will have to admit life is unique to Earth.

“That makes Earth special, and that leads right back to creation,” he said.

Scientists know very little about whether or not these planets could be habitable. It’s all just speculation, David Klinghoffer, senior fellow of Discovery Institute’s Center for Science and Culture, wrote on the Evolution News and Views blog.

“But what we do know indicates that we are a unique and privileged planet because of intelligent design, he noted. Even so, scientists will persist in their belief that somewhere out there life exists because, “there is hardly any possibility of testing a theory as feeble as this.”

The Jupiter-sized star, TRAPPIST-1, is much smaller than our sun, so the planets orbit it much faster. The planet closest to the star orbits in just 1.5 days, and even the most distant planet has only a 20-day orbit.

Several properties are necessary for scientists to consider a planet habitable, but the presence of liquid water is essential. A planet must be the right distance from its star to hold liquid water. If it’s too close, the atmosphere would be so hot water would evaporate. A planet too far away would be so cold any water would freeze.

Astronomers have classified TRAPPIST-1 as an ultra-cool dwarf. It is so cool that even though the planets orbit close to it, all of them could potentially maintain liquid water.

To be habitable, a planet also needs to be the right size. A planet that is too small won’t have enough gravity to hold an atmosphere, and one that is too large will have such a strong gravitational pull it would trap the wrong gasses, creating an atmosphere that can’t sustain life.

Habitable planets also need to be terrestrial, or rocky, like Earth, and not gaseous like Jupiter or Saturn. So far, the scientists have confirmed hydrogen does not surround the two innermost planets, indicating they are likely rocky.

But Faulkner outlined several reasons to doubt these planets could support life. At this point, astronomers don’t know whether these three planets have enough mass and density to hold an atmosphere. Scientists also believe the orbits of these planets are tidally locked, meaning one side of the planet always faces the star and the other side is always dark. The planets’ light sides likely are very hot and their dark sides very cold, leaving only a narrow band of acceptable temperatures between the sides. Even in those regions, extreme and inhospitable conditions, such as high winds, are probable.

Astronomers classified the star as an M-dwarf, and most such stars emit varying intensities of energy. Even small changes in a star’s light emission would be detrimental to life on an orbiting planet. M-dwarf stars also tend to have very intense flares. Because these planets orbit more closely to their star than our Earth does to the sun, a flare on TRAPPIST-1 directed toward one of the planets would be 500 to 1,000 times greater than a similar flare from our sun directed toward earth. Such intense flares would not be conducive to life.

Despite the odds stacked against finding life on the planets orbiting TRAPPIST-1, evolutionary scientists still cling to hope the new discovery will help salvage their crumbling theory.

“There have been many extrasolar planets touted as being ‘Earth-like,’” Faulkner wrote. “As always is the case, the details indicate that the conclusion is far less certain than most people realize.”