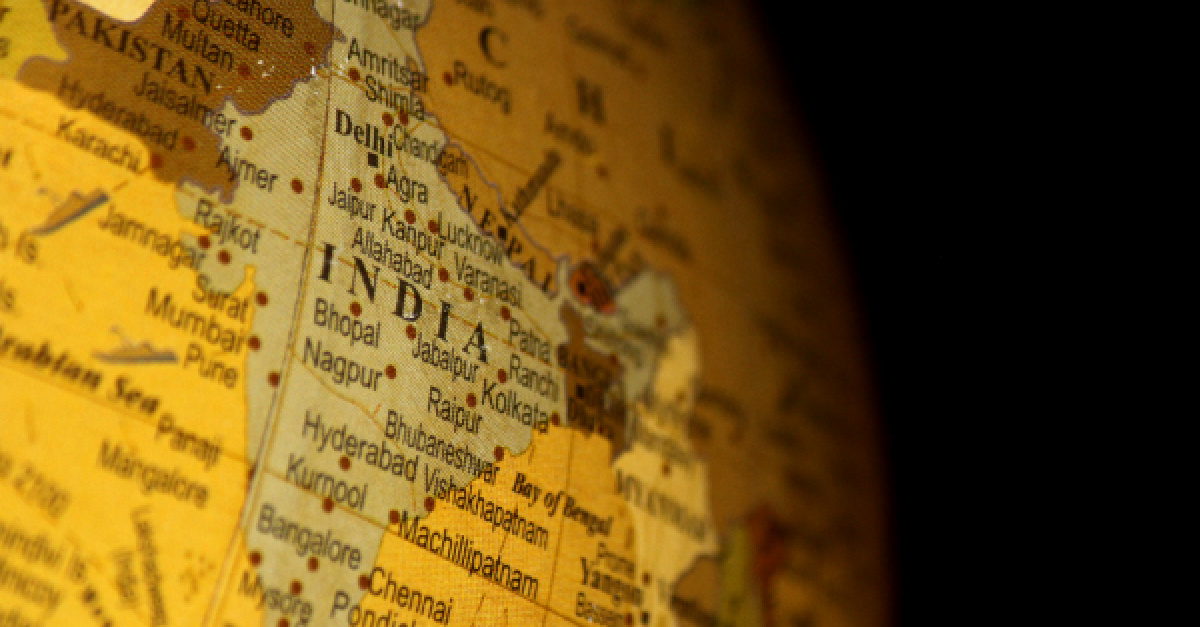 HYDERABAD, India, September 10, 2020 (Morning Star News) – Harassment of Christians by hard-line Hindus in northern India ended in police coercing a pastor to agree to stop holding worship in his home after an officer threatened to make false charges against his son, he said.

The pastor said the coercion by police in Uttar Pradesh state came after his son, 19-year-old Pawan Kumar, on Aug. 25 asked intoxicated Hindus to stop yelling disparaging remarks about Christianity outside their home in Tarkulwa village, Maharajganj District.

“The officers at Shyam Deurwa police station joined hands with the assailants and forced us to sign a document vowing that we would never conduct prayers in our home, and that we would not share gospel with anyone,” the house-church leader, identified only as Pastor Sugriv, told Morning Star News. “I was forced to sign it. What kind of justice is this?”

On the night of the triggering incident, the group of Hindus were on the verge of attacking but in their drunken state ended up fighting among themselves, he said. He took his son back inside and locked the door to the Hindus’ taunts of, “Hallelujah, Hallelujah,” which continued into the night, Pastor Sugriv said.

The next morning he informed the Tarkulwa village president about the harassment, and the official summoned the Hindus to his office and warned them to make no further disturbances, he said. The Hindus returned that night (Aug. 26), however, again using obscenities as they disparaged Christianity, the pastor said.

“We had no other option but to inform the police,” Pastor Sugriv said. “It is not safe for us to have these drunkards come by whenever they want and start picking fights with us, shouting at the top of their lungs. We have women in our house, and it was beyond what we could tolerate.”

Two police officers came to their home on Aug. 29 and asked Pastor Sugriv’s son to show them where the accused lived, he said.

“We thought they came to take action against them for our safety and allowed our son to go with them to show their homes,” he said. “We had waited very long for our child to return, and someone passing by informed us that police had taken him into custody.”

Arriving at the Shyam Deurwa police station, he found his son and one of the Hindus, who had falsely accused Kumar of sexually harassing young women in the village. Police were planning to charge him with sexual harassment, the pastor said.

At length Pastor Sugriv pleaded for them to release him, reminded them of the complaint he had already filed and called the Uttar Pradesh team of legal advocacy group Alliance Defending Freedom India. ADF personnel brought the matter to higher police officials.

“You can get lawyers and higher police officials to call me from Delhi, Bombay and from across the country – I’m not afraid of anyone,” he shouted, according to the pastor. “I will frame your son in such a case that he will be behind the bars for many, many years. Go do whatever you want. I will not let him go.”

Pastor Sugrive said he had never left Kumar alone even at his grandparents’ home, much less in a jail cell.

“It was not easy for me,” he said. “He speaks very softly and never speaks ill of anyone. When he saw the drunkards mocking and laughing, he could not take it. He went up and asked them what was wrong. That was the only offense committed by him.”

The station house officer was adamant that he would not be released, he said.

“I entrusted my son to my Lord’s hands and left the police station that midnight after the officer retired from his duties,” Pastor Sugriv said. “God gave me the strength at that moment to be prepared for the worst.”

That night after midnight, a spokesperson at the Maharajganj District Police told Morning Star News that the in-charge inspector of Shyam Deurwa police station had been directed to take necessary action, but Kumar was not released.

“It affected him psychologically, he is of tender age,” Pastor Sugriv told Morning Star News. “Even the next day [Aug. 30], the officer refused to release him, but the brothers in ADF’s Uttar Pradesh team did not give up. Finally, in the evening, he was released without any charges.”

As a condition for his son’s release, the officers forced Pastor Sugriv to sign a document vowing that they would never practice their faith in their home or talk about Christ with anyone, he said.

The pastor told Morning Star News he was shocked at the demand, saying, “Don’t we have the freedom to pray even within the four walls of our home?”

“Villagers have been opposing them since they have been propagating Christianity in the area, so I had only taken their signatures on a document vowing that they will not forcefully convert or allure anyone to convert,” Singh told Morning Star News.

Singh also denied that police took Kumar into custody that night or the next day or threatened to file false charges against him.

The spread of the novel coronavirus among inmates makes incarceration especially dangerous. ADF India’s representative in Uttar Pradesh told Morning Star News that in this case and another in Azamgarh District, “we had to ensure that the victims do not get framed in false allegations, since arrest or detention during this time can be risky for their health as well.”

In the case in Azamgarh District, Hindu extremist beatings in Dasmada village in early July that sent a Christian for hospital treatment have caused a house church to stop meeting for worship.

“We are all scattered now and only praying that Lord will allow us to resume the services in Dasmada,” 20-year-old pastor Vikas Gupta told Morning Star News.

He was leading a small group of Christians in worship in compliance with measures to control the spread of the coronavirus on July 1 when a mob of around 15 upper-caste Hindu villagers surrounded the place chanting slogans and threatening to kill the Christians, he said.

“They warned that if I am seen again in the village, they would hack me to death,” Pastor Gupta told Morning Star News. “We had tried to speak peacefully with them, but they were on fire.”

As they had issued threats since the founding of a house church there three years before, the pastor was used to such opposition, he said.

“But to our shock, they returned at around 5 p.m., around 30 this time, and started beating me and three other brothers present in the premises of the home church,” he said. “One of us was severely injured and had to be immediately rushed to the hospital.”

The mob also damaged parked vehicles, the church roof and other property, he said.

On July 6 they returned, saying their relatives had become Christians and were refusing to eat food offered to Hindu gods and goddesses, Pastor Gupta said.

“They accused us, saying we had been training the people who come to church to go against their Hindu relatives, and that because we had been propagating a foreign faith in the village we don’t deserve to live,” he told Morning Star News. “They kept punching us on the back and striking our heads as they took us to a local Hindu temple and forced us to vow that we will not preach about a foreign God.”

The Christians told them repeatedly that they had not trained anyone to oppose them but only gathered at the home to worship and pray, but they ignored them, he said.

With the help of ADF India, on July 7 they filed a police report about the attacks, he said.

Pastor Gupta took refuge at a Christian’s home in a nearby village, and the rest of the members and pastors of the church fled to another community – only to be attacked there at 10 p.m. by about 100 radical Hindus, he said.

“They fled from there to save themselves,” Pastor Gupta said, adding that for the past two months, house-church leaders have sought refuge in neighboring towns.

ADF India’s representative in Uttar Pradesh stated that they have guided persecuted Christians on how to file complaints online amid the COVID-19 pandemic.

“The harassment of Christians continues even through the lockdown,” he said.

India is ranked 10th on Christian support organization Open Doors’ 2020 World Watch List of the countries where it is most difficult to be a Christian. The country was 31st in 2013, but its position has been worse each year since Narendra Modi of the Bharatiya Janata Party came to power in 2014.