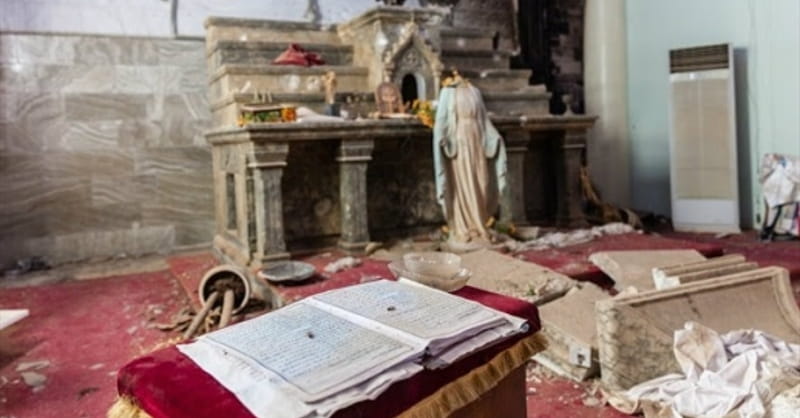 Muslim extremists have damaged historic churches in recent years without any response from international groups, a Christian news outlet in Iran says.

Mohabat News reported that in recent years, Islamic extremists destroyed a number of church sites, including historic Armenian and evangelical churches. The reports cited vandalism at a historic Christian cemetery in 2012, more recent property damage at an Armenian church in Sava, and at the destruction of least two churches in Salmas County. Many of the roughly 500 registered church buildings are abandoned or “on the verge of destruction.”

Mohabat News criticized UNESCO, the UN agency that recognizes places around the world for their cultural significance, for overlooking the incidents.

The agency often speaks out against attacks on cultural and religious sites; it condemned Islamic State’s (ISIS) destruction of the Syrian Temple of Bel in 2015 and Palmyra’s Tetrapylon in 2017.

The Iranian government is also responsible for confiscation of land from non-Muslims and allowing historic Christian sites to fall into disrepair. In 2013, Deutsche Welle reported the Doulab cemetery near Tehran was in danger of “rotting away” after government officials revoked the cemetery’s license. The land was supposed to be a protected cultural site.

“Constructors and investors have cast an eye on this piece of land. There are plans to convert this area into a park. But this cemetery is part of [Iran’s] national cultural heritage and is protected,” said Siavesh Rastegar, whose grandmother is buried in the cemetery.

In December 2016, an appeals court upheld the confiscation of Sharon Gardens, a property that belonged to a Persian-speaking Protestant community called Jama’at-e Rabbani. Authorities stripped away their rights to the land after they were accused of espionage.

“Christians out of fear kept quiet about a lot of church property confiscations in the past,” a spokesman named Borji told the International Campaign for Human Rights in Iran. “But confiscating Sharon Gardens is not a simple matter. They can accuse all the other Christian groups of espionage and working for the CIA and take away their properties, too.”

Iran’s Shia Muslim theocracy severely restricts religious minorities. The government has not permitted any new groups or construction of new religious buildings since 1979, according to a 2013 report from the UK group Christians in Parliament. Authorities also closed down many churches, banned services in Farsi, and prohibited Christians from evangelizing to Muslims. Conversion away from Islam is also illegal and harshly punished.

It is so dangerous for evangelical churches to meet in official buildings that most operate “underground” as part of the burgeoning secret church movement. Open Doors ranked Iran eighth on its most recent World Watch List of nations that persecute Christians, up one spot from last year.

Director of Elam Ministries, Iranian-born David Yeghnazer, said government efforts to clamp down on Christianity in Iran through Bible bans, church closures, media censorship, imprisonment, and killings have backfired. The number of evangelicals in Iran is said to be growing faster than in any other country.