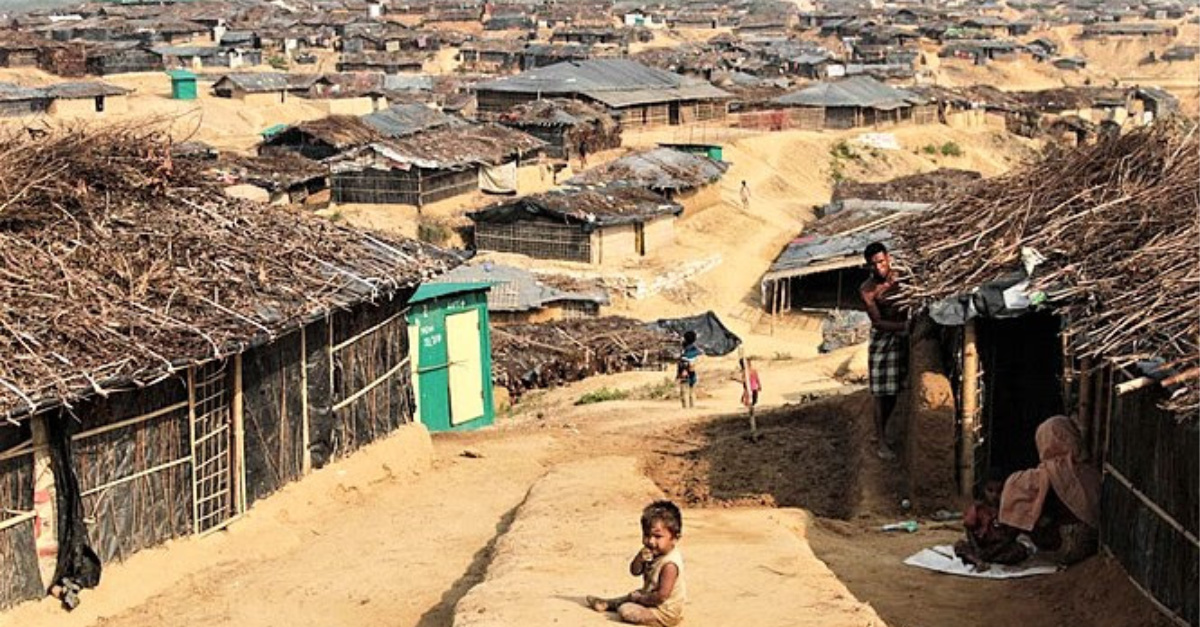 At least 12 Rohingya Christians were hospitalized with injuries from an attack in Kutupalong refugee camp in Cox’s Bazar District on the evening of Jan. 26, according to a March 6 report from international human rights group Fortify Rights. Citing survivors who said they were attacked because the assailants thought the Christians were converting Muslims, Fortify Rights also documented the destruction of the Rohingya Christian refugees’ makeshift church building.

“More than 50 people destroyed the church. They are Rohingya from different areas,” a Rohingya refugee woman told Fortify Rights.

She said the attackers claimed Christians were trying to convert Rohingya Muslims. The predominantly Muslim Rohingya themselves are severely persecuted in Burma (Myanmar), resulting in mass refugee flows to Bangladesh and other countries. Fortify Rights estimates there are 1.1 million Rohingya refugees from Burma in Bangladesh, most Muslims except for “at least several hundred” Christians.

Another Rohingya woman said a group of Rohingya men entered her shelter near the church the night of Jan. 26 and stabbed her husband, according to Fortify Rights.

“They had long swords,” she told the rights group. “I couldn’t see clearly how many of them there were. They all had masks on…My door was kicked in and broken. They entered into my home. They first stabbed my husband with a sword, and my husband fell unconscious.”

Her husband and other Rohingya Christian refugees were hospitalized.

“If security forces beat a Rohingya for collecting video evidence, we have concerns about the seriousness of their investigation and their continued use of excessive force,” Matthew Smith, chief executive officer of Fortify Rights, said in the statement. “As part of an investigation, Bangladesh authorities should take appropriate measures against officers found to have beaten Rohingya bystanders. Dhaka should not tolerate excessive and unnecessary use of force against refugees.”

The group corroborated findings by Human Rights Watch (HRW), which last month reported the abduction of a pastor identified only as Taher and his 14-year-old daughter from their shelter at the Kutupalong camp on Jan. 27.

A witness also told Fortify Rights that a Rohingya group used sticks, knives and guns in the abduction of 53-year-old Pastor Taher and his daughter from their shelter in Kutupalong refugee camp in the morning of Jan. 27.

“He [Pastor Taher] was beaten so badly with sticks,” the unidentified witness told Fortify Rights. “He was beaten and kicked with their fists and legs. They put a mask on his face and tied his hands. He was abducted because he is a Christian leader, and they will try to make him Muslim.”

HRW reported on Feb. 13 that Taher’s wife feared her husband has been killed.

“No one can give me any clear information, but my relatives told me that my daughter has been forced to convert to Islam and marry,” she told HRW.

The attacked families were reportedly relocated to a United Nations transit center and filed a police case against 59 alleged assailants. Refugees in the camp suspect the assailants were linked to the Arakan Rohingya Salvation Army (ARSA), but a representative of the armed group denied and condemned the attacks.

HRW estimates there are about 1,500 Rohingya Christians among more than 700,000 predominantly Muslim Rohingya who were forced to flee to Bangladesh due to the Burma military’s 2017 ethnic cleansing campaign.

Bangladesh authorities denied that the Jan. 26-27 attack was religiously motivated, describing it as an “ordinary law-and-order incident,” refugees told HRW.

They said authorities are not doing enough to protect them or find the kidnapped Christians, and that camp officials “try to avoid our queries.” HRW said one refugee reported that a police officer in Cox’s Bazar told him that if the victims wanted to be safe, they should “go to the moon.”

A Bangladesh police inspector told media in February that officers hadn’t found evidence of any missing Christian Rohingya, but then apparently contradicted himself, claiming that officers were “trying our best to find the missing family,” according to Fortify Rights.

The UN special rapporteur on human rights in Burma, Yanghee Lee, has expressed concern for Rohingya Christian refugees facing “hostility and violence,” according to HRW.

“The Bangladesh authorities should urgently locate Taher and his daughter and bring those responsible to justice,” HRW reported. “The government should also act immediately to protect all vulnerable groups in the country’s refugee camps, including religious minorities like Rohingya Christians.”

In March 2019 the Rohingya Christian community sent a petition to the UN High Commission for Refugees seeking protection by the agency.

“We, the Rohingya Christians, are requesting a safer place and environment for both of us and our children,” the petition reads.

Fortify Rights also reported attacks previous to those of Jan. 26-27, with one Rohingya Christian saying three houses were destroyed on Christmas Day.

“No Rohingya should experience violence and abuse in the camps, regardless of their religion,” Smith of Fortify Rights said. “Authorities in Bangladesh have obligations to protect all refugees and fully investigate any and all attacks against them.”

Bangladesh is ranked 38th on Christian support organization Open Doors’ 2020 World Watch List of the 50 countries where it is most difficult to be a Christian; Burma is ranked 19th.