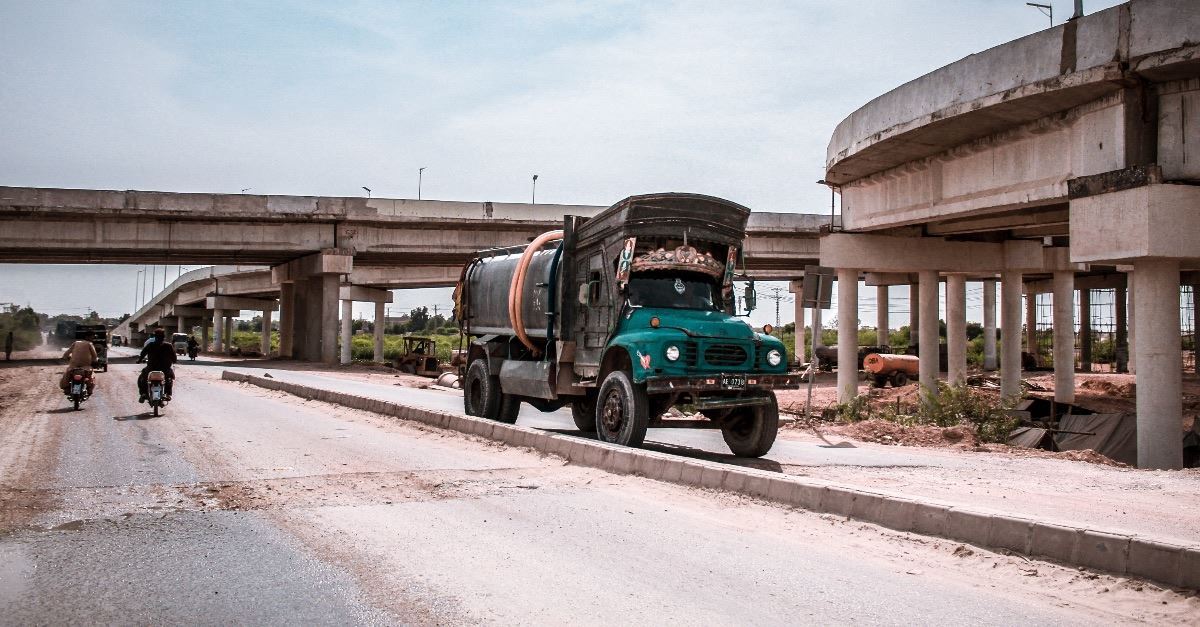 Sources close to the family and government officials confirmed that Aasiya Noreen, better known as Asia Bibi, was released from Multan Central Jail late last night and is in protective custody after authorities received release documents. But they denied reports that she had boarded a plane and left the country.

She had remained behind bars despite being acquitted of blasphemy charges by Pakistan’s Supreme Court on Oct. 31.

Earlier reports circulated in local media that Noreen had been flown from Multan International Airport to Noor Khan Airbase in Islamabad on a private aircraft, and that she and her family had then boarded a plane to the Netherlands. An Interior Ministry official initially confirmed that she was en route to the Netherlands, but later the Pakistani Foreign Office rejected as “rumors” that Noreen had been flown out of Pakistan.

“There is no truth in reports of her leaving the country – it is fake news,” Foreign Office spokesman Muhammad Faisal told a press briefing.

Faisal reiterated that Noreen was in Pakistan and “in a safe place.”

“Aasiya Bibi is a free citizen. After the court’s verdict, she can go wherever she wants,” Faisal said. “There is no restriction on the mobility of a free citizen.”

He added that only the Interior Ministry or the law could specify if her name could be placed on the “no-fly” or Exit Control List (ECL) prohibiting her from leaving the country, where Islamic extremists have vowed to kill her.

Earlier on Thursday (Nov. 8), Noreen’s lawyer, Saiful Malook, had told Morning Star News that he had learned that she and her family were being flown out of Pakistan, but a source close to the family denied it. The source told Morning Star News that Noreen, her husband Ashiq and two daughters were in protective custody and would be flown out of the country on Friday (Nov. 9).

“There’s no truth in reports that Aasiya has been flown out of Pakistan,” the source said. “I spoke to the family soon after receiving information about her release, and they are very much in the country. However, they will be moving out on Friday.”

He said he could not reveal where the family would be relocating.

“Aasiya is well and very happy at being united with her family,” he said. “She will be expressing her gratitude to the Supreme Court in a video message after leaving Pakistani soil.”

Malook, her attorney who has fled to the Netherlands for his own protection, told Morning Star News that the Supreme Court would not admit a petition to review her acquittal.

“Thank God Aasiya is free after nine years of solitary confinement and is now reunited with her family,” he said.

Junior Minister for Interior Affairs Shehryar Afridi on Wednesday (Nov. 7) told Voice of America that the government would not put Noreen’s name on the no-fly list unless it were ordered by the Supreme Court.

Her release had been put on hold after authorities held talks with leaders of the hard-line Tehreek-e-Labbaik Pakistan (TLP) who objected to her sentence being overturned and wanted to see her publicly hanged.

According to security sources, the government had decided to remove Noreen from prison in order to ensure her safety. They said jail authorities last month arrested two inmates for allegedly conspiring to strangle her. Noreen’s security was also enhanced after those arrests.

Malook said he had been informed about the plot.

“But this was expected,” he told Morning Star News. “She had a 50 million-rupee prize on her head, so many people were looking for an opportunity to kill her. But [assuming she leaves the country] I am happy that she won’t have to live the rest of her life in fear now.”

In a video statement later in the day (Nov. 7), Pir Afzal Qadri, patron-in-chief of Tehreek-e-Labbaik Ya Rasool Allah (TLYR), the religious movement of TLP, said that the government and intelligence agencies had assured them that Noreen would not be flown out of Pakistan until the Supreme Court decides on the review petition.

He warned in a video message circulated on social media that Islamist groups will retaliate if the government renegs on the agreement.

“The Foreign Office’s statement is evidence of their claim,” Qadri said. “However, if the government tries to cheat us in any way, they should know that we will come out in full force without caring for our lives and the lives of those who are opposed to the prophet’s honor.”

The Pakistani government on Nov. 2 had agreed to allow the possibility of a Supreme Court review of the verdict to end three days of violent riots across Pakistan provoked by the hard-line outfit.

Soon after a three-judge panel led by Chief Justice of Pakistan Mian Saqib Nisar announced on Oct. 31 the acquittal of Noreen, thousands of supporters of the Islamic extremist TLP blocked main roads and highways in several Pakistani cities. Some resorted to vandalism and violence to pressure the government against releasing the Christian mother of two children and stepmother to three.

Led by firebrand clerics Qadri and Khadim Hussain Rizvi, the TLP is a staunch supporter of Pakistan’s widely condemned blasphemy laws and openly justifies violence to safeguard Namoos-e-Risalat, or honor of the prophet (Muhammad).

The Supreme Court’s Nisar wrote, “She has been acquitted. The judgment of high court as well as trial court is reversed. Her conviction is set aside, and she is to be relieved forthwith if not required in other charges.”

Noreen was the first Christian woman sentenced to death under Pakistan’s blasphemy laws, and only the second (after Ayub Masih, released in 2002) whose blasphemy case has gone to the Supreme Court and won release.

She was accused of making three “defamatory and sarcastic” statements about Muhammad on June 14, 2009 during an argument with three Muslim women while the four of them were picking Falsa berries in a field in Sheikhupura District, Punjab Province.

Noreen was asked to fetch water, but the Muslim women objected, saying that as a non-Muslim she was unfit to touch the water bowl. The women later went to a local cleric and accused her of blasphemy against Muhammad.

A trial court convicted her for blasphemy in November 2010 and sentenced her to death. A month later, Islamist cleric Maulana Yousaf Qureshi put a $5,000 bounty on her head while the Pakistani state failed to charge him.

The Lahore High Court upheld her conviction and confirmed her death sentence in October 2014. She then had challenged the verdict in the Supreme Court, which stayed her execution in July 2015 and admitted her appeal for hearing.

The top court had first taken up the appeal in October 2016 but had to adjourn the matter without hearing after one of the judges recused himself from the Supreme Court bench. Two years later, the appeal was heard in October, and the Nisar-led bench initially reserved its verdict before announcing it on Oct. 31.

In January 2011, former Punjab Gov. Salman Taseer, who spoke out in support of Noreen, was gunned down in broad daylight in Islamabad. His assassin, Mumtaz Qadri, was executed in 2016 after the court found him guilty of murder. He was hanged in February 2016. The TLP was founded by extremists who believe Qadri’s hanging was unjustified.

Only two months after Taseer’s killing, the only Christian minister in the federal cabinet, Shahbaz Bhatti, was also gunned down by members of Tehreek-e-Taliban for supporting Noreen and for advocating that Pakistan’s blasphemy laws be amended.

Her case sparked widespread outrage in the international community over the country’s notorious blasphemy laws, but all appeals to abolish the legislation have fallen on deaf ears.

Pakistan is ranked fifth on Christian support group Open Doors’ 2018 World Watch List of the countries where it is most difficult to be a Christian.