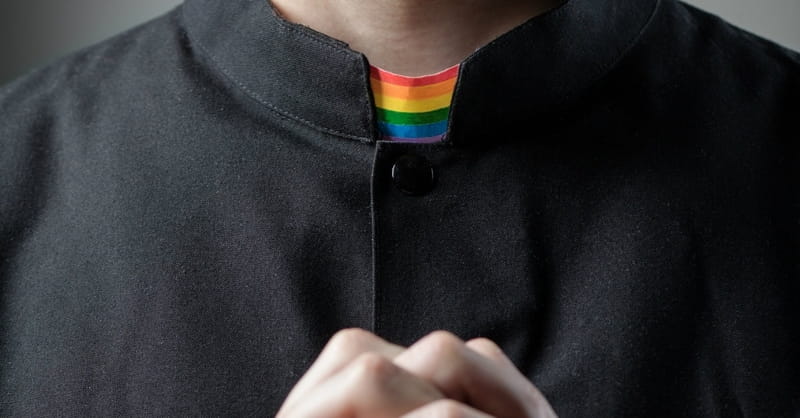 Southern Baptist leaders have spoken out about this past weekend’s Revoice Conference for LGBT Christians. Many are concerned and ‘troubled’ by the conference, while others think it may bring about important conversation.

The Revoice Conference, which met this past weekend in St. Louis, defines itself as “Supporting, encouraging, and empowering gay, lesbian, same-sex-attracted, and other LGBT Christians so they can flourish while observing the historic, Christian doctrine of marriage and sexuality.”

Referring to their beliefs, founder Nate Collins told Christianity Today, “We all believe that the Bible teaches a traditional, historic understanding of sexuality in marriage, and so we are not attempting in any way to redefine any of those doctrines. We’re trying to live within the bounds of historic Christian teaching about sexuality and gender. But we find difficulty doing that for a lot of reasons.”

“It is encouraging that they state their intention to hold to a biblical understanding of sexual behavior and to define the only appropriate expression of sexual behavior to be marriage as the union of a man and a woman,” the Baptist Press quotes, “‘But that said, it appears they're trying to create a halfway house" between cultural norms and biblical morality "that is inherently unstable. There is no way that faithful Christians can celebrate an unbiblical sexual orientation and claim to be faithful to Scripture… The moment you begin identifying as an LGBTQ+ Christian, you've created an unstable identity." Humans "have a pattern of sexual attraction, but for Christians, our ultimate identity must be in Christ.’”

Russell Moore, President of the ERLC, holds a similar view to Mohler. “Our identity is to be found in Jesus Christ, not in the sum of our temptations,” Moore commented “on the appropriateness of the terms “gay Christian” and “sexual minorities,” Baptist Press reports.

One leader who has stood in support of the conference is Karen Swallow Prior, an instructor at Liberty University and ERLC fellow. Prior says:

"Even some of my colleagues in the ERLC have written in opposition to the conference. I share some concerns about the language and terms used by some of the conference speakers. I think some terms are unclear, ill defined, and perhaps unfortunate.”

“However, the need to understand what people mean by these terms and how they are used within the context of their endeavors to honor God and the scriptures through sexuality that is in submission to scripture points to the very need for such a conference… The aim of the conference is biblical faithfulness even amidst the struggle, and that is why I endorse it. That does not mean I endorse every speaker, every panel, every presentation. Again, I want to support those who are attracted to the same sex but choose obedience to God rather than indulgence to self."

The conference concluded on Saturday evening with a final session.