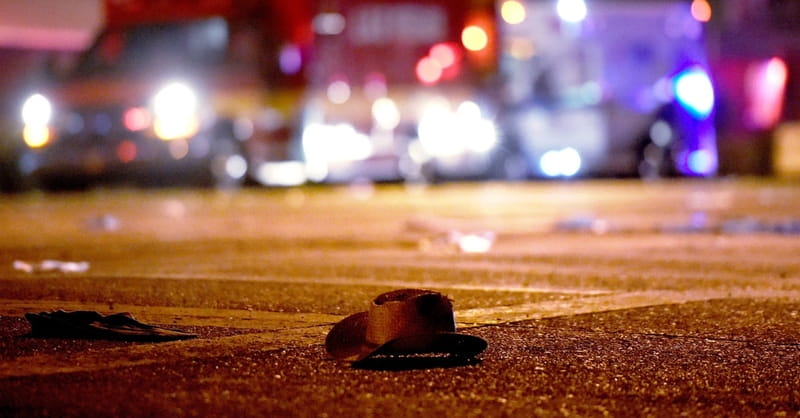 At least 50 people were killed and 200 injured were injured at a shooting that took place at a concert at the Mandalay Bay casino in Las Vegas on October 1. This horrific shooting is the deadliest in U.S. history.

In the wake of this tragedy, Christian leaders have called for prayer, shared their empathy with the victims and their families, and spoken about actions to be taken to prevent such tragedies from occuring again.

In terrors of hell, let an increasingly disembodied Body of Christ be embodied again: warm skin to hold, serve & weep with the traumatized.

Oh Las Vegas. We are sorrowing & praying for you. Psalm 7:9 echoes from my morning reading: "Oh, let the evil of the wicked come to an end."

We're sad with you Nevada.
To all families and victims, we're holding you close.

My heart is torn in two at the news of yet another mass shooting. Offering prayers is not enough, but it is a good place to start.

The reports from Las Vegas are horrifying. Praying for the victims, the city, and for those who will minister in the aftermath.

Pray for the families of those killed and for the 100+ wounded in a shooting rampage last night in #LasVegas. #LasVegasShooting

Heartbroken over Vegas. Longing for the day when God wipes away every tear and there is no more death.

Heartbroken over Vegas. Longing for the day when God wipes away every tear and there is no more death.

Writer and speaker Rachel Held Evans reflected on the impact of this shooting in light of other similar U.S. tragedies:

Struck by how every mass shooting forces us to revisit the trauma of Sandy Hook & the failure of moral will our acceptance of it represents.

Join us, as well as these Christian leaders, in praying for Las Vegas.

Photo:  A cowboy hat lays in the street after shots were fired near a country music festival on October 1, 2017 in Las Vegas, Nevada. A gunman has opened fire on a music festival in Las Vegas, leaving at least 20 people dead and more than 100 injured. Police have confirmed that one suspect has been shot. The investigation is ongoing.