Christian Families Slain in Their Homes in Kaduna State, Nigeria 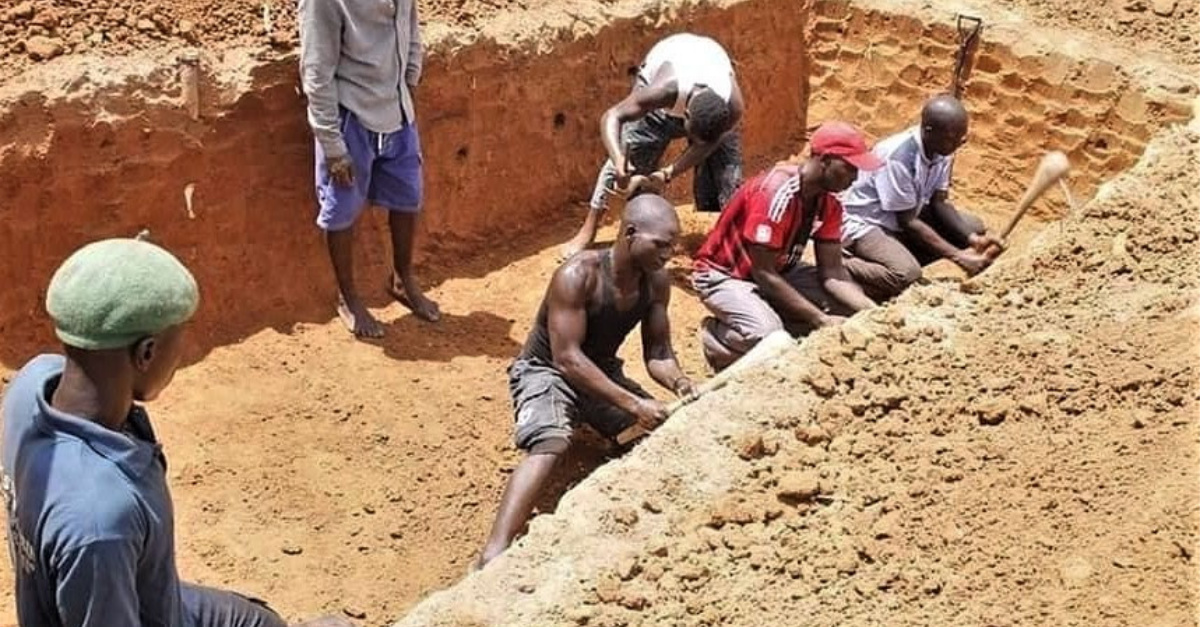 Christian Families Slain in Their Homes in Kaduna State, Nigeria

“Armed Fulani militia” struck predominantly Christian Gonan Rogo village, Kajuru County, less than 40 miles from the city of Kaduna in the southern part of the state, at 11:30 p.m., said Luka Binniyat, spokesman for the Southern Kaduna People’s Union (SOKAPU), in a press statement. Muslim Fulani residents of the village had slipped away the night before, he said.

“They broke into the home of Jonathan Yakubu, 40, and slaughtered him,” Binniyat said. “They also killed his wife, Sheba Yakubu, 32, and hacked to death their only three children, Patience, 13; Revelation, 6; and Rejoice, 4, thus wiping out the entire Yakubu household. We met relations of the Yakubu’s who were sobbing beyond consolation in front of the house Yakubu had built.”

Six others were injured in the overnight attack, and the Fulani also stole seven head of cattle, he said.

“From this compound, trails of blood led to another gory scene, where Kauna Magaji was killed along with her daughter, Faith Magaji, who died of grisly cutlass cuts to their heads,” Binniyat said. “Still not done, the killers went to another compound, where they met Saraunia Lucky, 25, newly married and who had given birth to her baby three months ago. With the baby cuddled in her arms in fear, she was shot dead.”

A bullet also struck her infant girl’s head, who somehow survived, he said.

“When we visited the village the baby was nursed by its auntie, who also looked helpless,” Binniyat said, adding that the baby was drinking only water. “She told us that where she could buy infant milk [formula] was under lockdown.”

Church leaders from Albarka Baptist Church, Gwari Avenue, Kaduna, who came to the village to offer condolences rushed the baby to a hospital, where the bullet was removed, and her aunt also received care in the city of Kaduna, he said.

Surveying the village the day after the attack, Binniyat and his team found 6-year-old John Paul hacked to death. Also killed in their homes, he said, were Asanalo Magaji, 32; Yayo Magaji, 13; Paul Bawa, 27; and his 25-year-old wife, Rahila, 25.

At another property, 60-year-old Mailafia Dalhatu was killed as he tried to flee; at another, Binniyat said, Dalhatu’s younger brother, 56-year-old Yaro Dalhatu, was killed along with his wife, Saratu, 45, and their granddaughter, 14-year-old Blessing Yari.

“Another boy, called Popular Teacher, just 17, was gunned down and killed,” he said. “In total, no fewer than 17 persons were murdered in cold blood for no apparent reason by persons who the villagers indentified as Fulani.”

Six people were receiving treatment at various hospitals, he said. The home of one villager, Liberty Yari, was destroyed, but he managed to escape with his family, Binniyat said.

“Their Fulani neighbors, some who have been living around the community for 40 years, had all quietly left in the night before the attack,” he said. “We left the village while a grave was being dug for the mass burial of the victims. There were no single security personnel in the village.”

The SOKAPU team characterized the slaughter as horror and cruelty inflicted on the village of poor, ethnic Adara residents.

“It is therefore clear that while the Kaduna state government is enforcing the lockdown against COVID-19 with all its might, it has little or no interest in securing our law-abiding, defenseless communities against these unrelenting massacres and ethnic cleansing,” Binniyat said. “We call on all men and women of conscience, groups, organizations and the international community to assist us in persuading the government of Kaduna state and the federal government of Nigeria to save us from the swords and bullets of these outlaws.”

Awema Maisamari, president of the Adara Development Association (ADA), told Morning Star News by text message 12 of the residents were killed in the village, and the bodies of five others were recovered in the bush.

“Some were killed with machetes, some were killed by gunshots,” Maisamari said. “Some houses were burned. Some of those who escaped to the bush are still missing.”

“In Makyali village, the herdsmen killed five of our people by shooting them in their houses as they were asleep, while two others were killed in nearby bushes as they tried to escape  from the herdsmen; their corpses were later recovered from the bushes,” Maisamari said. “In Idanu village, one person was killed and two others were injured, while in Bakin Kogi, no life was lost as the villagers escaped, but their houses were burnt.”

He was able to identify five of the Christians killed on Wednesday (May 13) as Luka Paymaster, 80; Yaki Luka, 35; Francis Daniel, 37; Akilu Aruwa, 46; and Laraba Danmori, 70. In addition, 30-year-old Inusa Peter was injured in the attack, he said.

The victims were members of Baptist, Assemblies of God, Catholic and Evangelical Church Winning All (ECWA) churches, according to Maisamari.

In Chikun County, herdsmen kidnapped the Rev. Reuben Danbala on Saturday (May 9) from his post at Ungwan Badole, also known as Ungwan Mission, according to missions agency Global Glorious Missions.

Herdsmen had attacked Ungwan Badole the previous night, killing three Christians, and Pastor Danbala had escaped; when he returned on Saturday to retrieve vital missions equipment, the herdsmen abducted him, said Samuel Yahaya, a leader with Global Glorious Missions.

“The herdsmen contacted Danbala’s wife on phone on Sunday, May 10, informing her that they’re holding her husband captive,” Yahaya said. “We solicit your intercession for God’s intervention in rescuing Danbala from his captors.”

Herdsmen the night of May 5 also kidnapped a female missionary from Cameroon in Damishi village, Chikun County, in an attack on a Christian couple training her, according to the Rev. Gideon Para-Mallam, president of the Peace Foundation.

“This time around they thoroughly beat up his wife, who refused to follow them,” Pastor Para-Mallam told Morning Star News. “The Lord gave her courage to dare them by boldly stating that she was ready for heaven should they chose to kill her. Frustrated by her audacity, they used every available object they could lay hands on to use in beating her. Curiously, they did not shoot her.”

She was in pain but recovering, he said.
“Unfortunately, they kidnapped one of the female disciples who came in from Cameroon,” he said. “This Cameroonian lady was kidnapped by these Fulani herdsmen in 2017, and 1 million naira [US$2,560] was paid to secure her release and three others.”

The herdsmen are demanding 7 million naira (US$17,908) for her release this time, he said.

“What a nightmare experience in a mission base,” Pastor Para-Mallam said. “Discussions are now ongoing for the girl’s release. To God’s glory, the husband and other members of the family were shielded. Please pray that God will touch their hearts not to harm this young innocent Cameroonian girl.”

On May 7 in Chikun County, a bomb hit an Assemblies of God Church building in Kabrasha village, destroying it and damaging nearby homes, sources said.

A military spokesman acknowledged that government troops with air support partially damaged the church building and three houses inadvertently while pursuing “bandits,” the government term for Muslim Fulani herdsmen, but stopped short of saying the damage came from a bomb from a military helicopter.

An area leader, however, said the church building was destroyed by a bomb from a helicopter that had been hovering in the area for days. Local community leader Peter Aboki, president of the Gbagyi Development Association (GDA), said in a statement that there were no casualties as many villagers were working in farm fields when the bomb hit around 2 p.m.

“Hours after the incident, a group of people numbering about 100 passed through the village carrying guns,” Aboki said. “One of them was carrying a flag which is not a Nigerian flag, one other person was making some incantations in Arabic. We suspect that this flag could be an insurgents’ flag. For somebody to be carrying a flag other than the Nigeria flag means something.”

Maj. Gen. John Eneche, the military spokesman, said the operation targeted “bandits’ hideouts around Mashigi Galbi, Damba Community and Kabarasha villages” in Gwagwada District. He said a panel will investigate the incident in collaboration with Kaduna state government, and that compensation would be given to the owners of the buildings.