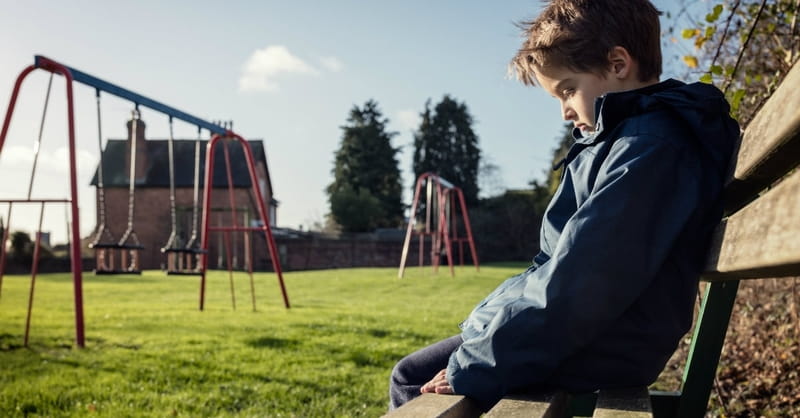 Chris and Anna Smith, who are poised to open the first safe house in the United States for sex trafficked boys, didn’t set out to be trailblazers. They founded their Christian ministry, Restore One, in 2012, hoping to open a facility for girls in Greenville, N.C.

Anna, a sex trafficking survivor, worked as an intern at a similar facility, Hope House, in Asheville, N.C. When Hope House founder Emily Fitchpatrick learned the Smiths wanted to open a home, she asked them to consider taking in boys.

“That wasn’t something we wanted to pioneer,” Anna Smith told me.

Then the Smiths heard Tina Frudt, human trafficking survivor and founder of Courtney’s House, describe the plight of boys who came to her program.

“There are no places that boys can go,” Frudt told The Daily Reflector.

According to one study, as many as 50 percent of sexually exploited minors are males and yet there are few resources for them, including residential treatment facilities.

“That’s when we said yes to boys,” Anna said.

The Smiths named the home Anchor House, and trials immediately weighed it down.

The first property they found was too small to accommodate the facility. They had to turn down free property fromAnna’s father because it would cost an estimated $150,000 to clear the trees. Another location in neighboring Beaufort County failed percolation tests, making it unsuitable for building.

“Donors started questioning, ‘Hey is this ever going to happen?’ because we were spending months just trying to find land,” Chris Smith told The Daily Reflector.

After a year’s search, the couple bought 10 acres in Greenville, N.C., near the Greene-Pitt County line, a soybean-and-tobacco-rich community with a population of 21,000.

The Smiths didn’t tell the county commissioner’s office of their plans, and they registered their property under a different name. The Smiths didn’t inform the neighbors either. Anna said the home operates like a domestic violence shelter, where privacy and confidentiality are important.

“There was no need for us to inform the community about the home. The boys will actually be testifying against their perpetrators, and we don’t want their location known,” she said. “We want to be a ‘you don’t see us organization’ … providing safety for boys who experienced trauma and harm.”

But the need to raise awareness and private funding soon collided with the need for privacy. When media coverage revealed the facility’s location, a few area residents weren’t happy. Carson Edwards, 63, a lifelong resident of Greene County, had concerns when he learned about the facility in the morning paper.

“On the front page I saw this was happening,” Edwards told North Carolina News.

Carson and others were angry they weren’t informed about the facility beforehand. Residents worried their property values would plummet and the boys’ presence would increase crime. The residents complained to the Greene County Board of Commissioners, who adopted a resolution opposing the location. But because the location lacked zoning restrictions, commissioners had no legal options to halt construction.

“Will they pay property taxes? What happens when donations dry up? Will Greene County pick up the cost?” The Daily Reflector reported. “Will we need extra deputies to babysit these males? If they won’t take their medicine, will a deputy have to be called to make them?”

“These are victims, not criminals,” she said.

At the county line, someone erected a banner that read, “No sex trafficking lodge here.” Other signs posted by opponents littered main roads.

“Ten to 15 neighbors cause a really loud riot,” Anna said. “But we were naive to think everyone would welcome a boys’ safe home.”

In response, the Smiths organized a series of informational meetings for the community, detailing their plans. The boys—four at first and eventually as many as 12—will be referred by law enforcement and advocacy groups from around the country. They will have to pass drug screens and personality evaluations. Because of confidentiality concerns, none of the boys housed at Anchor House will be from the local community. A group of volunteers, night guards, and a $12,000 security system with cameras will monitor the facility.

“I do not like how it was all hush-hush, secret-secret, whatever. Nobody likes that,” Jerry Jones, chairman of the Greene County Board of Commissioners told Kinston.com. “But what’s done is done.”

Meanwhile, amid the opposition, the Smiths built the facility, a 4,430-square-foot, two-story main building and a 1,639-square-foot cottage. Financed through private donors, Anchor House is currently debt free.

“Who does that? Only God,” Anna said, adding she has seen God work in adversity to accomplish His plans. “Looking back, I am grateful for the heartache of this journey. God was moving us at His own pace, growing us, and maturing us.”

Anchor House is set to open in late 2016. The Smiths are trying to raise an additional $400,000 to cover the maintenance costs of running the facility.

“There is always another faith journey,” Anna said. “This is just one more wait in faith.”