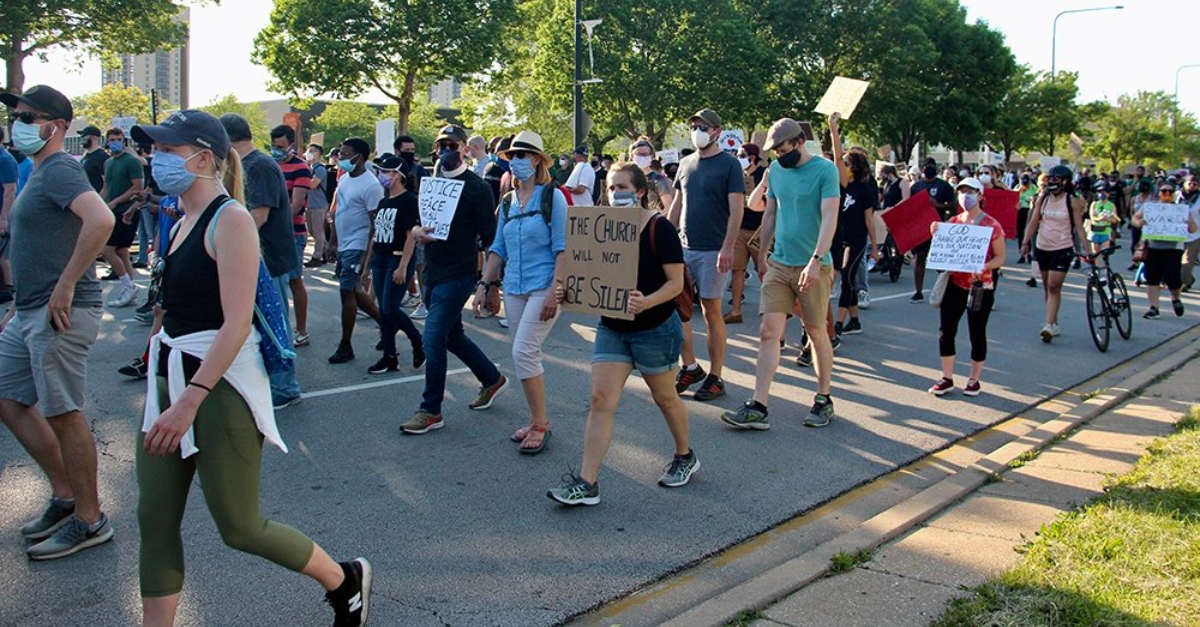 A pastor in Chicago led a peaceful protest earlier this week, calling for an end to police brutality and racism.

According to Religion News Service, Rev. Chris Harris, of Bright Star Church in Chicago, organized the peaceful demonstration in which other religious leaders also participated.

“We showed them we can do it peacefully in Chicago,” Harris said.

Across the nation, more religious leaders are stepping up to participate in protests. The demonstrations come after a black man in Minneapolis died after a white police officer pressed his knee into the man’s neck.

The march, led by Harris, traveled down Martin Luther King Jr. Drive in a neighborhood on Chicago’s south side. The neighborhood, Bronzeville, was a long-standing home for Africans Americans between 1915 and 1970.

“We expected Chicago to show up. And it did: South Side, West Side, North Side, everybody came, peaceful, no drama,” Harris told Religion News Service afterward.

“It’s so important that people of faith put their faith on display,” Meeks said. “The Bible says faith without works is dead, and so we must have some works to go along with our faith.”

The church’s marketing and communications director, Jasmine Meeks, added that marches like the Chicago one show “unity” and “camaraderie.”

“I think there’s something important about unity, not only in the body of Christ, but just in numbers as well — the camaraderie, people get to bring their children and they get to be a part of something,” she said.