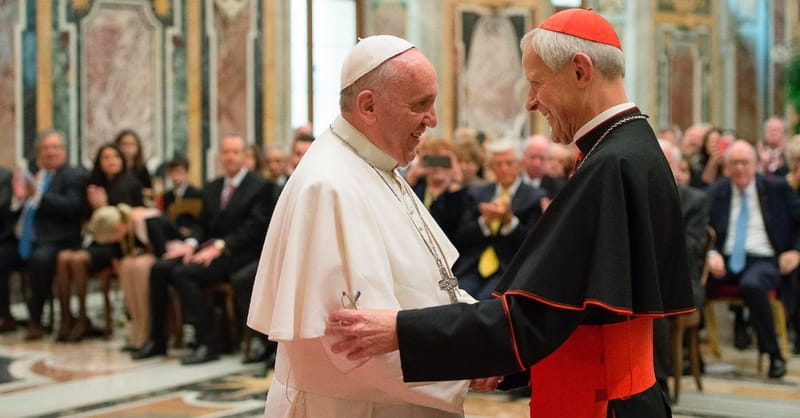 (RNS) — The archbishop of Washington, D.C., Cardinal Donald Wuerl, who has faced calls to step down over his handling of sexual abuse cases while serving as bishop of Pittsburgh, said in a letter to priests that he will soon go to Rome to meet with Pope Francis to discuss his possible resignation.

The letter comes after an extraordinary meeting held Labor Day weekend at which the cardinal talked with archdiocesan priests about the best way to address the mounting criticism, spurred by the release in August of a bombshell grand jury report outlining clergy abuse in Pennsylvania.

The report alleges that even though Wuerl argued that parishioners have a right to know if a priest accused of child sex abuse had been reassigned to another parish, he also reassigned priests with histories of abuse, effectively shielding them from accountability.

Since the report was unveiled, a prominent deacon at the Cathedral of St. Matthew the Apostle in Washington said he would refuse to participate in the Mass alongside the cardinal. At the Labor Day meeting, some priests suggested that Wuerl should resign.

In the letter sent to the D.C. priests on Tuesday (Sept. 11), Wuerl noted that he had prayed with clergy the week before “to discern the best course of action for me to pursue as we face new revelations of the extent of the horror of the clergy abuse of children and the failures of episcopal oversight.”

“At issue,” the cardinal wrote, “is how to begin effectively to bring a new level of healing to survivors” of abuse. He said that “sooner rather than later” he would need to make a decision about his possible resignation.

“As a fruit of our discernment I intend, in the very near future, to go to Rome to meet with our Holy Father,” Wuerl said. The cardinal, who is 77,  handed the pope his resignation when he turned 75, as is standard practice. He did not say whether he expected Francis to accept his resignation.

The Archdiocese of Washington briefly published a website following the publication of the report defending Wuerl and refuting some of the claims, but that website was promptly taken down.

Wuerl has announced plans to launch a six-week-long “Season of Healing” beginning Friday.