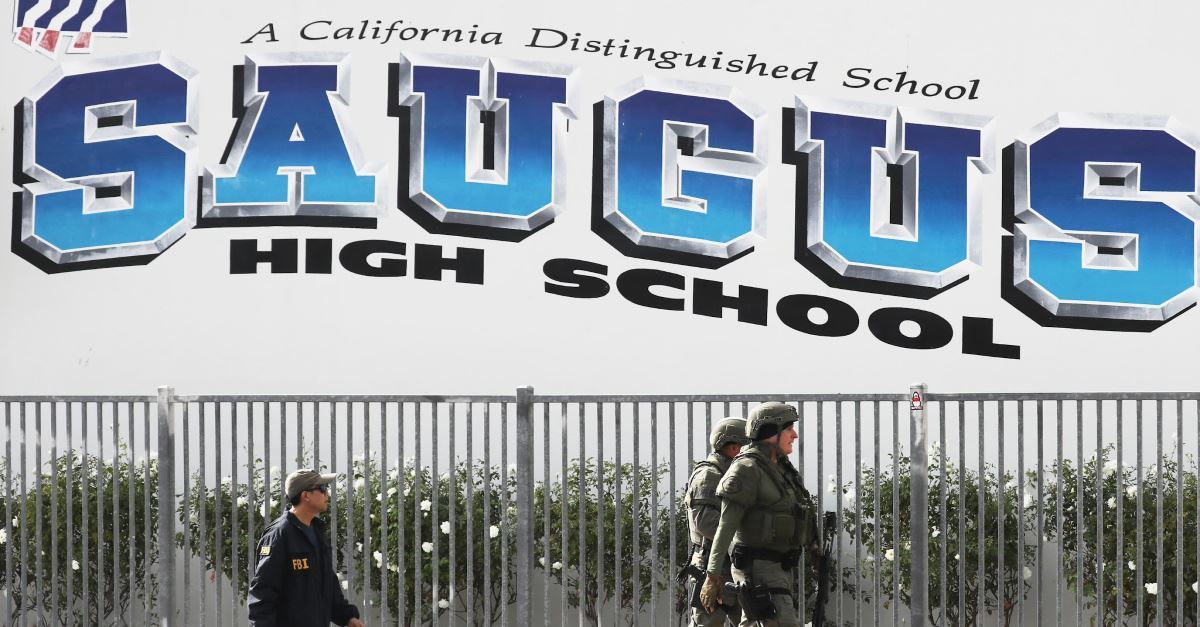 An armed 16-year-old student walked into Saugus High School in California on Thursday morning and opened fire, killing two students and injuring four others before turning the gun on himself.

The shooter – who is now in custody – reportedly shot himself in the head after attacking his classmates. He was transported to the hospital alive, but authorities say he is in “grave” condition.

According to Fox News, police arrived at the high school at 7:40 am Thursday morning after a 16-year-old Asian-American student wielding a .45 semi-automatic pistol took aim at his classmates.

Police have yet to determine the shooter’s motive or any relationships between him and his victims, suggesting that the suspected shooter – whose birthday was the day of the attack –chose his victims at random, the Associated Press reports.

The FBI has stepped in to help local police with the investigation. So far, authorities have said it appears that the shooter acted on his own and on his own volition.

The attacker, whose name has not been released publicly since he is a minor, is described by classmates and neighbors as ‘naturally smart,’ quiet and an active member of the community. Reportedly, the 16-year-old was not bullied, had a girlfriend, was a middle and long-distance track runner and was a boy scout. The suspected shooter was also enrolled in advanced placement classes and maintained a grade point average that landed him on the honor roll in his eighth-grade year, the AP reports.

Local authorities and the FBI have conducted a search at the suspected shooter's home and are parsing through evidence to attempt to pinpoint his motive.